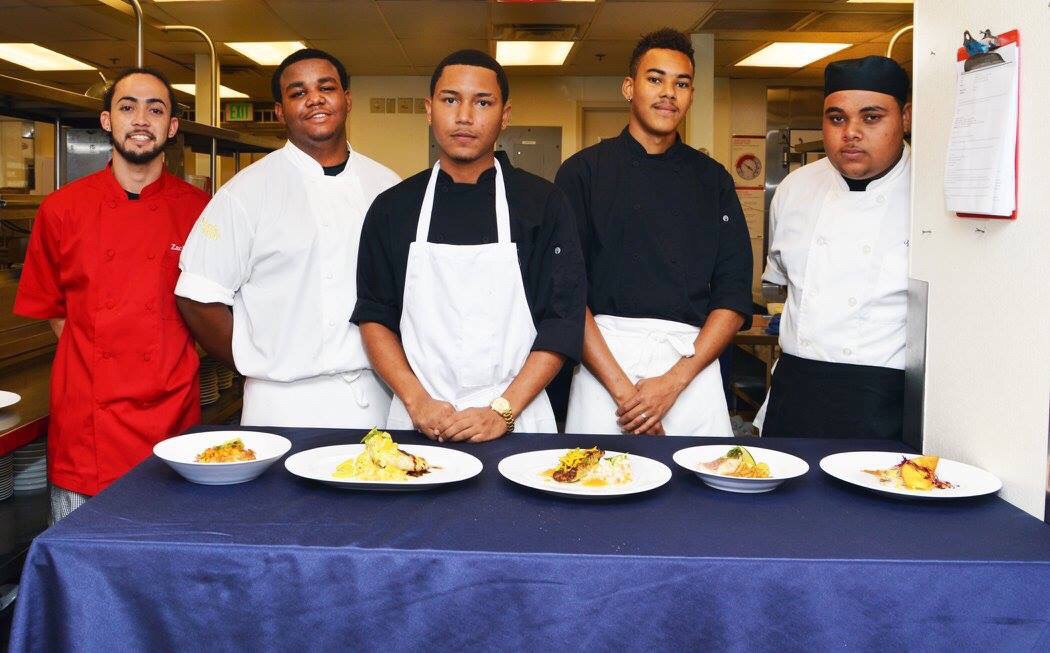 Few things are more important to the Cayman Islands’ long-term survival than tourism.

In 2019, 2.3 million people visited Cayman, accounting for about 30 percent of the nation’s annual GDP.

So, it makes sense that the University College of the Cayman Islands offers a robust program to train people for the industry through its School of Hospitality Studies. In 2021, the school plans to begin offering a bachelor’s degree.

Now in its 45th year, UCCI established the SHS in 2014 in cooperation with the Cayman Islands Department of Tourism.

“It’s the most important thing ever created for tourism,” said Markus Mueri, owner of several Cayman restaurants, including Abacus in Camana Bay, and one of the people who helped put UCCI’s hospitality programme together in 2014. “Wayne is doing an amazing job.”

Wayne, would be Wayne Jackson, director of SHS. Jackson, who has a master’s degree in management information from the University of Delaware, said UCCI offered hospitality courses before 2014, but it was only then that those courses were consolidated to form a cohesive programme through the SHS.

“The idea,” Jackson said, “was to get more Caymanians into the industry.”

Rosa Harris, director of the Cayman Islands Department of Tourism said the school has managed to succeed in that respect. Harris is also chair of the Hospitality School Advisory Council.

“SHS is an invaluable tool that gives young Caymanians who are interested in tourism careers a core educational foundation and in-the-field practical experiences,” Harris said. “Since SHS’s inception, we have had a consistent partnership with tourism businesses that continue to provide mentorship and real-life, hands-on experience which leads to employment.”

UCCI President and CEO Stacy McAfee said SHS is a prime example of what UCCI provides to local industry.

“Tourism is core to Cayman’s business infrastructure,” McAfee said, “and the SHS has become an integral partner, supplying tourism with qualified Caymanian workers. We expect that the partnerships we have established across this sector and with government will only strengthen as we all recover from this recent economic blow. Working together, we can grow and create a vibrant future for Cayman.”

In 2014, the SHS welcomed an initial cohort of 25 students. That has nearly doubled in size in the past few years, Jackson said, with 35-45 students typically starting their studies each fall. The students are exposed to water sports, hotel work, food and beverage service, bartending, cooking and food crafts.

“We show them as much as we can in the first semester,” Jackson said. “After that, they have to choose one or two areas that they will specialize in. This is for the one-year program.”

Mueri said he would like to see an additional option more vocational in nature.

”For me, it’s about putting people on the job,” Meuri said. “The first year is a great start. It needs a second year, where kids go two days to school and four days to work, becoming an employee who knows what they’re doing.”

In the immediate future, the school will be expanding the offerings in its continuing education courses -- which are separate from the year-long programmes -- in order to help fill an anticipated need when Cayman begins reopening to foreign tourists, following the shutdown imposed to combat the Covid-19 pandemic. During the shutdown, many foreign work permit holders left Cayman.

“We want Caymanians to take up these roles that were held by people with work permits,” Jackson said.

Harris said some retooling is also necessary in order for workers to take on those roles.

“In the current state of our industry, as we face the Covid-19 pandemic, it is paramount to lean on established programmes such as SHS to help those tourism employees who have been displaced learn new skills,” she said. “We look forward to seeing the SHS play a major role in developing short courses in the short term to help displaced Caymanian tourism employees pivot to stay-over tourism focused jobs.”

Jackson said those short courses are already in the works and will be offered through continuing education.

“We’ve done them before, but we’re increasing the courses we’re offering.”

Jackson said UCCI has established pipelines with a number of hotels and restaurants in Grand Cayman and hopes to increase such access in the future. He also wants graduates of the SHS to have broader opportunities.

SHS already offers courses that are certified by City & Guilds in the United Kingdom. Now, Jackson said, many of the courses will also meet the qualifications of the American Hotel and Lodging Educational Institute.

“If persons want to go to the U.S. or Canada to work,” he said, “they can use that there.”

But he thinks there are plenty of opportunities right here at home, especially now.

“It’s time for people to retool so they can take up the opportunities that present themselves,” he said. “It’s very important now that we seize those opportunities.”