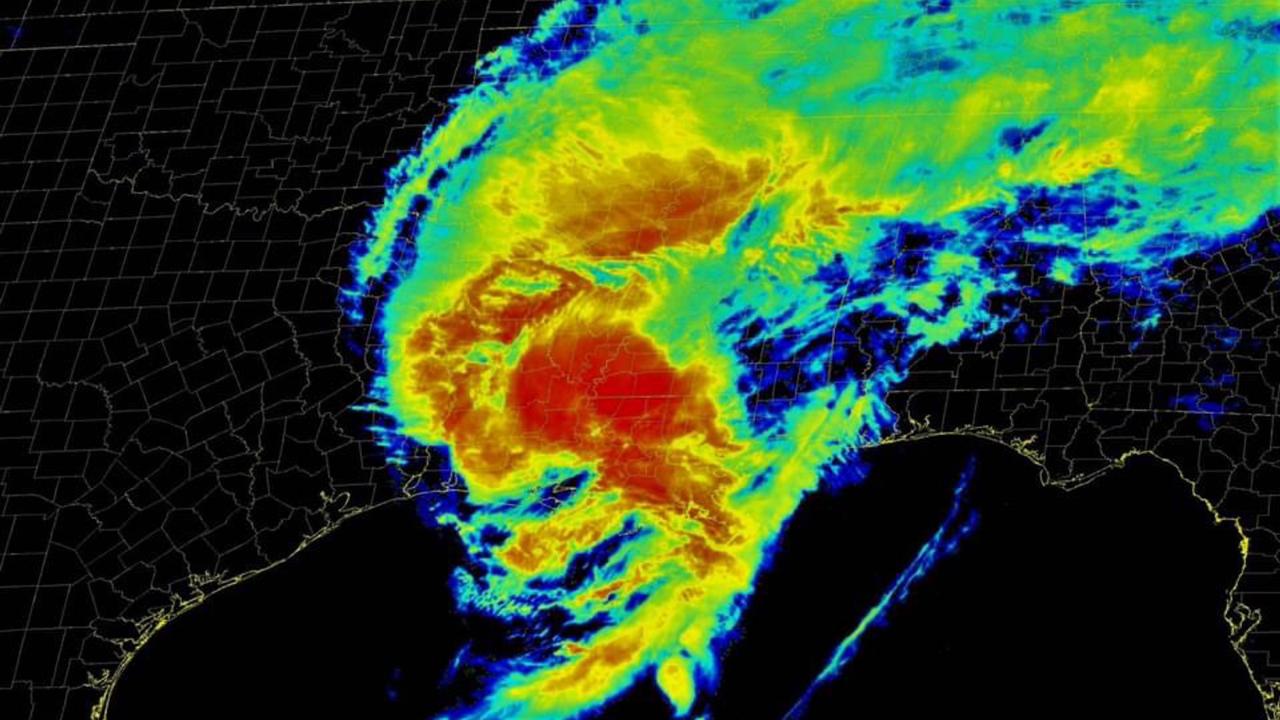 Hurricane conditions and a life-threatening storm surge are still occurring within the warning area as Delta continues to move inland over southwestern Louisiana.

A Hurricane Warning continues for High Island, Texas to Morgan City, LA. Hurricane conditions are occurring within the warning area and should continue during the next few hours.

Tropical storm conditions will continue within portions of the tropical storm warning areas through early Saturday.

A few tornadoes are possible tonight over southern portions of Louisiana and Mississippi, and over Alabama, central and eastern Mississippi, southern Tennessee and the western Florida Panhandle on Saturday.

At 10pm CDT, the centre of Hurricane Delta was located inland over Louisiana about 70 miles (110 km) northeast of Cameron. Delta is moving toward the north-northeast near 15 mph (24 km/h).

On the forecast track, the centre of Delta should move across central and northeastern Louisiana tonight and Saturday morning. After that time, the system is forecast to move across northern Mississippi and into the Tennessee Valley.

Continued weakening is forecast to occur, and Delta should become a tropical storm, and then a tropical depression, on Saturday.

Through Saturday, Delta is expected to produce 5 to 10 inches of rain, with isolated maximum totals of 15 inches, from the southwest into central Louisiana.

These rainfall amounts will lead to significant flash, urban, small stream flooding, along with minor to major river flooding. For extreme eastern Texas into northern Louisiana, southern Arkansas, and western Mississippi, Delta is expected to produce 3 to 6 inches of rain, with isolated maximum totals of 10 inches.