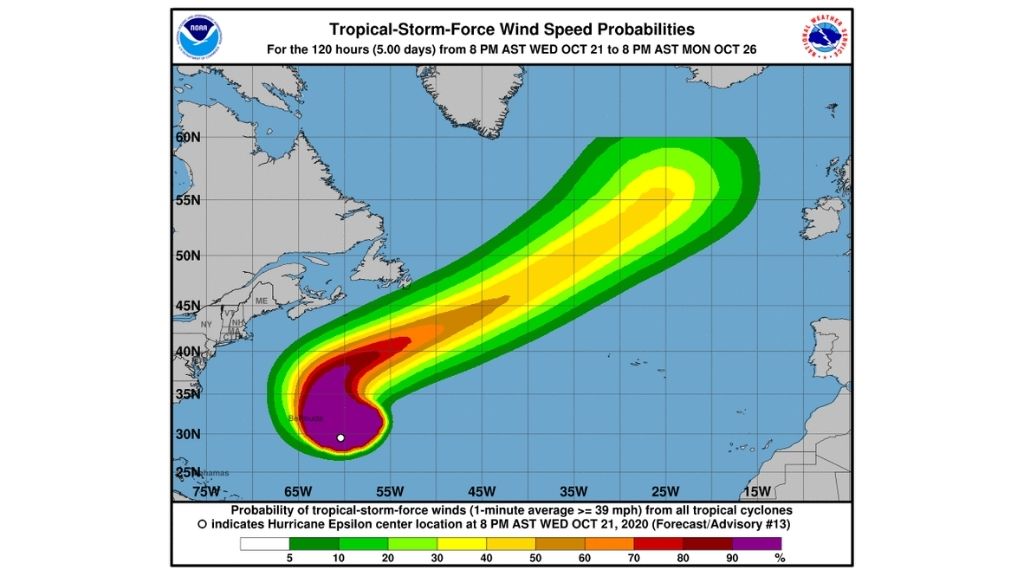 In an early Thursday morning tweet, the NHC advised that Hurricane Epsilon, currently still a category 3, has made a "wobbly" turn towards the Northwest.

Hurricane #Epsilon Advisory 13A: Epsilon Makes a Wobbly Turn Toward the Northwest. https://t.co/VqHn0u1vgc

Hurricane Epsilon intensified to a "major" Category 3 storm on Wednesday, picking up 50 mph in wind speed in 24 hours, according to the National Hurricane Center.

At 2am EST, the center of Hurricane Epsilon was located near latitude 30.3 North, longitude 60.5 West.

"Epsilon has been "wobbling" during the past few hours," said the NHC, "but its longer-term motion is now toward the northwest near 7 mph (11 km/h)."

Maximum sustained winds are near 115 mph (185 km/h) with higher gusts.

Small fluctuations in intensity are possible through this morning, but a weakening trend is expected to begin later today and continue into the weekend.

Epsilon upgraded to CAT 2; could become a major hurricane today