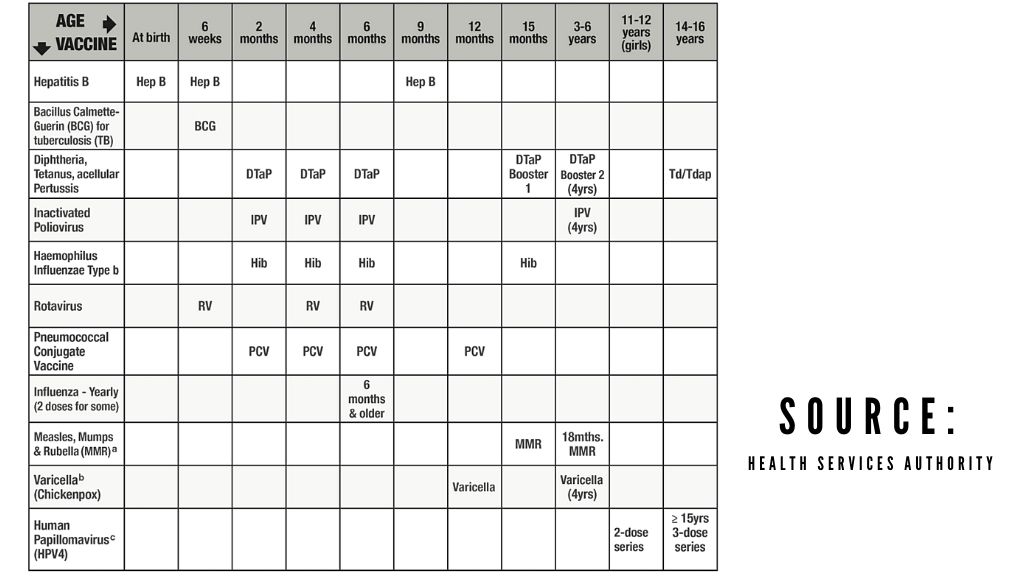 The Health Services Authority and the Public Health Department are advising the public that the childhood immunization programme will resume starting July 2020 with an island-wide campaign across all districts in the Cayman Islands. This initiative is organized to reduce the backlog of missed immunizations following the brief suspension of some childhood immunization services due to the Government’s stay-at-home and shelter-in-place orders over the past three months.

The national immunization campaign will also include the yearly school entry vaccines undertaken by the Public Health Department.

Parents with booked appointments that were cancelled due to the stay-at-home and shelter-in-place orders will be contacted to have these appointments rescheduled.

To provide more convenient options for parents and caregivers the Public Health Department will expand access to vaccination programmes through the District Health Centres with special clinic hours as follows:

Additional clinics may also be available during the week of August 17 for parents and children who are returning to the island later or missed the District sessions.  Director of Primary Healthcare Services, Dr Samuel Williams-Rodriguez urges parents and caregivers to take advantage of the scheduled clinic dates in each district.

The three-week campaign by the Public Health Department is intended to reach more than 400 children to ensure they are caught up with their routine immunization.

“Ensuring immunization services are maintained or reinitiated is essential for protecting individuals and communities from vaccine-preventable diseases and outbreaks and reducing the burden of respiratory illness as children prepare a return to school in September and during the upcoming influenza season,” said Dr Williams-Rodriguez.

The Cayman Islands has been recognized and awarded by the Pan American Health Organization (PAHO) as one of the leading countries in the Americas region which has developed and maintained a robust vaccination schedule with more than 90% of the population immunised annually.

The current childhood immunisation schedule recommends that, by the age of 15 months, infants should have received the following vaccines, which offer protection against 15 diseases:

“These past few months have been difficult times, as parents have felt overwhelmed with worries and uncertainties about the COVID-19 pandemic. It is important now to ensure every child who missed their vaccination gets caught up. With this expanded campaign we want to help ensure your children receive their routine immunizations to avoid vaccine-preventable diseases. When vaccination coverage goes down, more outbreaks will occur, including life-threatening diseases like measles and polio.” emphasized Dr Williams- Rodriguez.

For more information on the childhood immunization programme resumption, contact the Public Health Department on 244-2889.

HSA opens for non-emergency care; here are the new measures in place