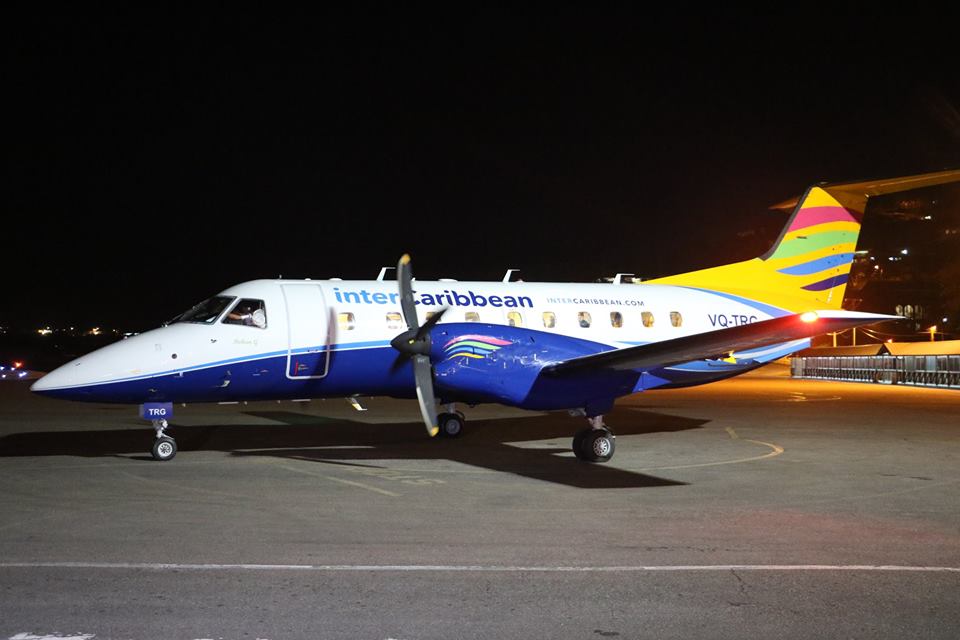 Barbados will soon be served by yet another airline.

With nationals asking for more ways to travel the Caribbean especially with LIAT services still grounded and its situation up in the air post-COVID, Inter Caribbean has added Barbados to its itinerary.

The commencement date is set for Tuesday, August 4, 2020.

“As I indicated in a previous statement, the Government of Barbados has met with a number of airlines who have expressed interest in operating in the eastern and southern Caribbean.

“We have already seen some of the potential coming from this decision of Inter Caribbean with them looking for the rental of some homes and cars and office space. I am told that some of the interview for local staff has also started this week.

“As I said earlier this week, we will work cooperatively to review our tax regime to stimulate regional travel. In this, I know our late Prime Minister Mr. Owen Arthur will be smiling from whereever he is for he strenuously supported the need to review fees and taxes as an impetus for renewed regional movement of our citizens and residents.

“It is my fervent wish that the final agreement for a regional bubble for air travel will be completed and started within the next 2 weeks so that we can leverage the minimal risk posed by moving within those countries of ours whose incidence is extremely low.”

As a guest on Grenada’s 95.1 FM on July 1, as the outgoing Chair of the Caribbean Community (CARICOM), PM Mottley had promised Caribbean nationals they would not be left stranded as LIAT faced liquidation. Then, she had voiced CARICOM's commitment “to ensuring that there is affordable, safe and reliable air transport”.

Two days later, on July 3, Dr Ralph Gonsalves assumed the Chairmanship of CARICOM and it was during the virtual handing over ceremony that it was revelaed that six airlines had expressed interest in filling the gap that could be left in the face of LIAT’s challenges.

Inter Carribean was one of the identified airlines at the time. The other five included SVG Air, One Caribbean, Caribbean Airlines (CAL), Silver Airways and Air Antilles.

Then last Tuesday (July 28), while participating in a CARICOM IMPACS’ five-day Virtual Security Conference, PM Mottley announced that government would move to reduce travel taxes while stating that Barbados had an open skies approach with regard to airlines.

At that time PM Mottley suggested that a safe bubble was needed to promote regional tourism for nationals and visitors alike to fly cheaper from territory to territory in this post-COVID-19 era.