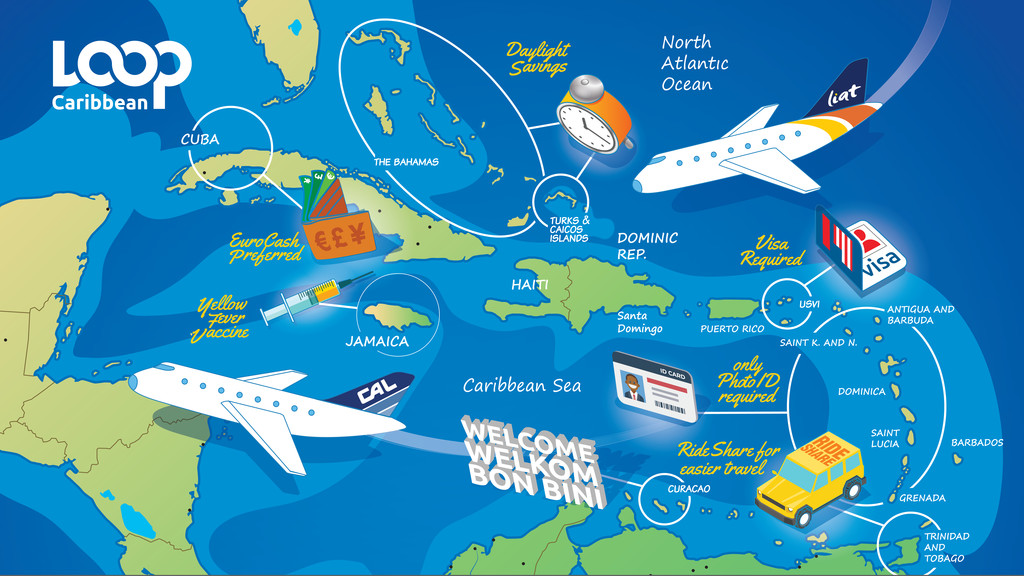 Intra-regional travel in the Caribbean has taken a serious blow with LIAT reportedly wrapping up operations.

The news concerning the regional carrier, which was announced by Antigua and Barbuda Prime Minister Gaston Browne, comes at a time when many in the Caribbean don't want to travel to the United States or Europe.

As countries in the region begin to re-open their borders to international travellers, it is the tourist from the United States who is being targeted despite that country’s rising COVID-19 rate, with over two million cases to date.

Antigua and Barbuda has been welcoming one daily American Airlines flight from Miami since June 4 with the US Virgin Islands welcoming American Airlines, Delta, Spirit and United Airlines as more states in America open up to allow their citizens to travel.

It is no secret that the US has long been a major source-market for the region but what about the Caribbean? Why isn’t the regional traveller top of the totem pole for regional tourist boards?

“Cost is a factor,” says Dr Auliana Poon, tourism consultant and founder of Tourism Intelligence. “Deal with these airport taxes…about 50 per cent of the cost of a flight is taxes. If you reduce this, it will generate traffic and travel,” she told Loop.

Dr Poon said affordable airfare will enable the Caribbean to create what she has coined Corona-free corridors as seen in the Pacific and the Mediterranean where clusters of countries are focused on tourism with those closest in proximity who have flattened their COVID-19 rates.

Reduction of airport taxes and other fees that contribute to the high airfare for intra-regional travel has long been a thorny issue.

Neville Boxhill, former CEO of the Grantley Adams Airport, in Barbados, suggested during a Caribbean Tourism Organisation webinar last Thursday that one way to get around the issue of the fares is for regional carriers to develop packages in conjunction with hotels.

“If you are going to develop leisure travel you need to offer packages shared with hotels and broaden it into the attractions into the retail sector. Develop packages that cover both the airfare, attractions, accommodation, shopping and try to achieve a price point with everyone taking a hit that will be attractive to the consumer. It requires research, what is the price point that will motivate the average Caribbean traveller to buy a package?” said Boxhill, who spoke on the role of carriers post-COVID-19.

Ease of movement for regional airlines is also a factor.

Lisa Morales, head of sales at Caribbean Airlines, said a key piece of the discussion is the Multilateral Air Service Agreement (MASA) which would allow airlines owned by Caricom nations to provide air services throughout the community without seeking permission from individual civil aviation authorities.

The agreement expands the scope for airlines owned by Caricom nationals to provide air services throughout the community. It allows for no restriction on routes, capacity or traffic rights and should facilitate increased intra-regional travel and provide more cargo options for exporters and importers with resulting cost savings.

“That is a key piece to intra-regional travel, we can offer the lift, the schedule, the networks that would be affordable and convenient so we need to push this thing forward,” said Morales.

Anyone who has traversed the length and breadth of the Caribbean knows that it is no simple task. If you travel through multiple airports in one day you could be required to go through immigration checkpoints in each. Some countries have visa requirements for Caribbean nationals. Turks and Caicos, for example, has a visa requirement for citizens of Jamaica and the Dominican Republic.

And, of course, there is the issue of getting around the region. Some islands such as Antigua and Barbuda and Sint Maarten are hubs through which you can connect to many other islands, some of which are too small to facilitate large carriers.

Michel Hyman, CEO of the Princess Juliana airport in St Maarten, said they are a hub for eight surrounding islands.

Speaking at the CTO webinar, he revealed that they formed a committee seven years ago to address some of the exact issues that COVID-19 has made urgent.

“We saw a need for more traffic between the islands and for visitors to be able to explore the Caribbean so what we did we formed an air service development committee and all the tourism directors from the eight destinations and the Airports Authority sit and the idea is to not only foster close working relationships with destinations but to jointly market the destinations,” he said.

“We have been discussing how to reduce costs between destinations and to have that conversation with air carriers. On top of that, we have also been looking at facilitation of travel where persons can move through these destinations seamlessly, once you clear in Sint Maarten you don’t have to do it again.”

Hyman said that a solution to the challenges associated with intra-regional travel requires the involvement of all stakeholders: Governments, airports, airlines and hotels.

If there was ever a time for the region to truly work together for the economic benefit, health and safety of its people, now is certainly that time.

PM Browne on LIAT liquidation: Hundreds will lose their jobs