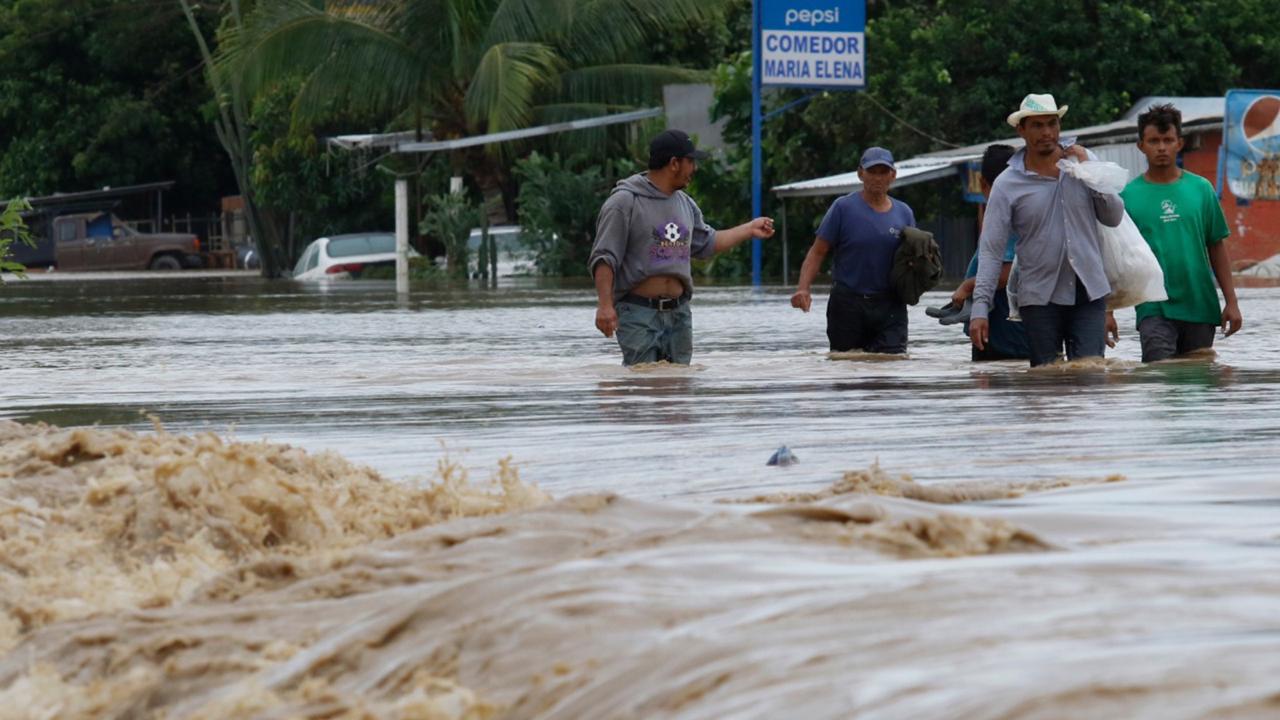 The devastation caused by Hurricane Iota became clearer Wednesday as images emerged showing piles of wind-tossed lumber that used to be homes and concrete walls that were pounded into pieces by the second Category 4 storm to blast Nicaragua’s Caribbean coast in two weeks.

The victims were spread across the country, swept away by swollen rivers or buried in landslides.

Rescuers searched at the site of a landslide in northern Nicaragua, where the local government confirmed four deaths and neighbours spoke of at least 16. A short video from the nation's emergency management agency showed a massive bowl-shaped mountainside shrouded in clouds that collapsed. Police blocked media access to the site on the Macizo de Peñas Blancas, a mountain in Matagalpa province, about 80 miles (130 kilometres) north of Managua.

There were seven confirmed dead at the mountain, and the search continued, Murillo said.

Miguel Rodríguez, who works on a ranch next to the site, said he saw at least seven bodies.

“The landslide came with all the dirt, and it became like a river going down. It took all of the little houses that were there. There were five homes, five families,” Rodríguez said.

One home was spared on the other side of the slide. But it was in a precarious position, and rescuers were trying to reach it, he said.

Nicaragua’s army said it was sending 100 rescuers to the site. Access was complicated by downed trees blocking roads.

Rolando José Alvarez, the Roman Catholic bishop of Matagalpa, said via Twitter that priests were being sent to the area.

In the coastal city of Bilwi, a distraught Filimon Wilfred, 72, said Iota had destroyed his family's five houses leaving its 18 members homeless.

“The hurricane came, it destroyed my house, my daughter’s house. It destroyed five houses in total," Wilfred said. "Where am I going to live?”
Late Wednesday, Guatemalan authorities said two people had died and two were missing following a landslide near Purulha in central Guatemala.

The storm's centre passed just south of Tegucigalpa, the mountainous capital of Honduras, where residents of low-lying, flood-prone areas were evacuated, as were residents of hillside neighbourhoods vulnerable to landslides.

Iota closing in on Nicaragua