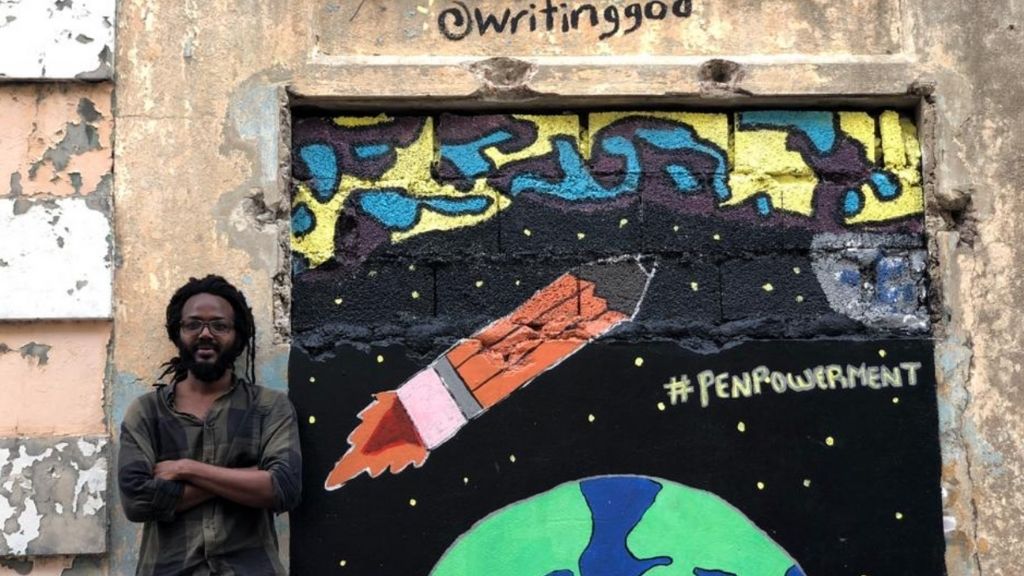 “Afro-centric and Jamaican,” says Danijah Danijah with reference to his writing style.

Danijah Taylor was once uncertain that he had a gift for anything… much less writing and telling children’s stories. Dyslexia made writing challenging, especially during the early years in basic and primary school.

The well-known Jamaican writer now goes by the name Danijah Danijah both in life and as his prolific pen name… Prolific is a fitting adjective to describe the writer who started writing in 2016 and won his first book award from the JCDC that same year.

“Working in a canteen was the perfect place to observe the eating habits of people,” says Danijah as he reminisces on the theme of his first book, ‘Orlando Jack’. “Healthy eating was the theme for that year and my book was a late entry,” he recalls. Danija would be awarded the 2016 Merit Award for an entry that proved to be the catalyst in a decision to make writing a full time job.

A determined Danijah entered the JCDC creative writing contest the very next year with submission, Odaedah Guardian and Gods, a story of the great innovator Abay and the ancient kingdom of Odaedah. The book won the Silver Creative Writer Award.

The Kingston College graduate had aspirations of becoming an accountant before he started investing in buying writing and painting supplies.

The investment paid off.

2017 saw Danijiah host his first reading event in partnership with Life Yard in Kingston Jamaica. The live reading of Orlando Jack for the neighborhood children was a precursor to his now uber popular creative writing workshop, ‘Writing 4 Life’ which also was launched in 2017.

“Writing 4 Life has grown steadily,” says Danijah. “2019 was our best year yet with over 100 children enrolled and over 200 volunteers to help them get their writing on.” The success of Writing 4 Life has led to opportunities as far away as Ghana in West Africa where a Writing 4 Life workshop was held in an open field for school children.

The ongoing coronavirus pandemic has led the 30 year old to hosting a workshop in Miami, Florida in partnership with Miami-based organization, Liberty City Reads. The virtual workshop ran for 4 weeks to provide an educational platform for children to improve writing and reading skills.

Danijah has produced several original works that include a recently launched textbook, ‘21 Days of Writing’ for ages 10-and-up. He hopes that in the age of COVID, parents can use this book not only for education but also as a tool for bonding.

“They say it takes 3 weeks to form a habit so if you spend 21 days improving your writing then that improvement will last forever,” he says.

As a Rastafarian, Danijah is heavily inspired by Marcus Garvey and has followed Garvey’s legacy in creating his own movement called PenPowerment. “Marcus Garvey believed in writing and speaking to uplift the black race, yet some of our people don’t necessarily like writing and reading,” he says with audible dissapointment.

Danijah believes that writing is his purpose and PenPowerment is his writing legacy. “Writing and reading can change lives. It helps with depression, it is therapeutic and encourages commitment and dedication; today’s youth find it difficult to dedicate themselves to anything these days,” he says.

Danijah Danijah is a revolutionary who sees the pen as a way to help his people in a way that is indeed both afro-centric and very Jamaican.