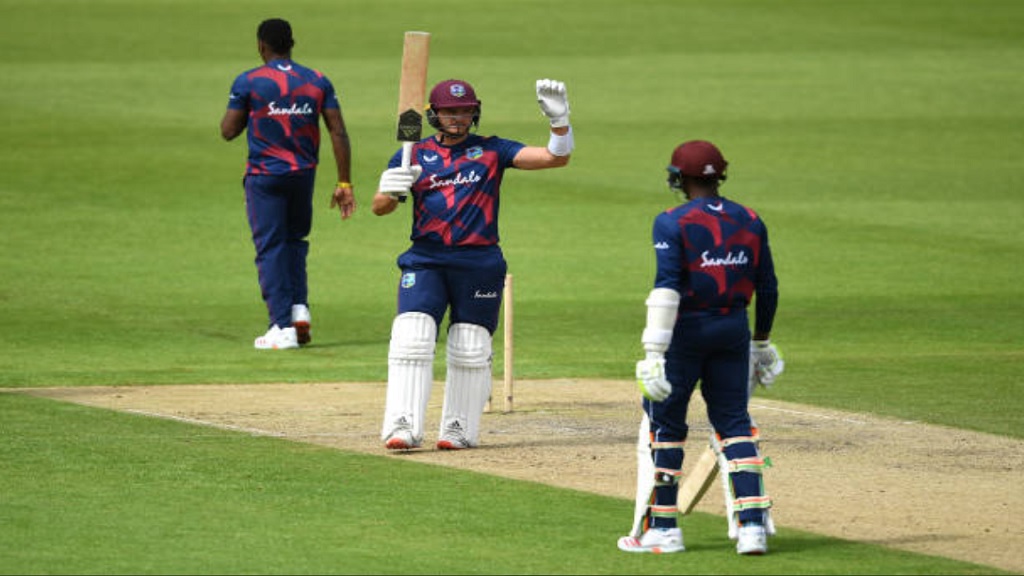 Wicket-keeper Joshua Da Silva, who arrived on the tour of England on the reserve list, hit the first century as he scored an unbeaten 133 on the third and penultimate day of the West Indies’ final intra-squad match on Wednesday at Emirates Old Trafford.

Intermittent downpours have blighted this four-day fixture. On Wednesday, the rain wiped out all but half an hour of the opening session, but opener Da Silva has been the star performer amid showers

The Trinidadian batted for the second consecutive day, as he continued from his overnight 60 to get to three figures. He faced 248 deliveries and hit 17 fours, as the side captained by Test skipper Jason Holder was dismissed for 272.

The right-hander added 71 runs for the sixth wicket with Raymon Reifer, who made 22 and then added another 77 runs with Alzarri Joseph, who contributed a quick-fire 38.

Left-arm seam bowler Preston McSween (three for 28) was the pick of the bowlers for the other side captained by Kraigg Brathwaite. Barbadian pacer Chemar Holder grabbed two for 35, while there was a wicket each for Jamaican pacers Oshane Thomas and Marquino Mindley. Keon Harding, Anderson Phillip and Rahkeem Cornwall also secured a wicket apiece.

Brathwaite’s XI struggled against an all seam attack to reach 112 for seven at stumps, still trailing by 160 runs.  Shannon Gabriel looked in good touch and ended the day with three for 34, while Kemar Roach, Holder, Alzarri Joseph, and Reifer has picked up a wicket each.

Left-hander Kyle Mayers is the only batsman who has shown some fight with an undefeated 40. The other out out batsman is Mindley on nine.

The match represents the second top-level cricket game anywhere in the world since the suspension of cricket in mid-March because of the coronavirus pandemic.

The West Indies squad will live, train and play in a “bio-secure” environment during the seven weeks of the tour of England, as part of the comprehensive medical and operations plans to ensure player and staff safety.

The bio-secure protocols will restrict movement in and out of the venues, so the selection panel has also named a list of reserve players who will travel to train and help prepare the Test squad and ensure replacements are available in case of any injury.

Stokes to captain England against West Indies with Root missing