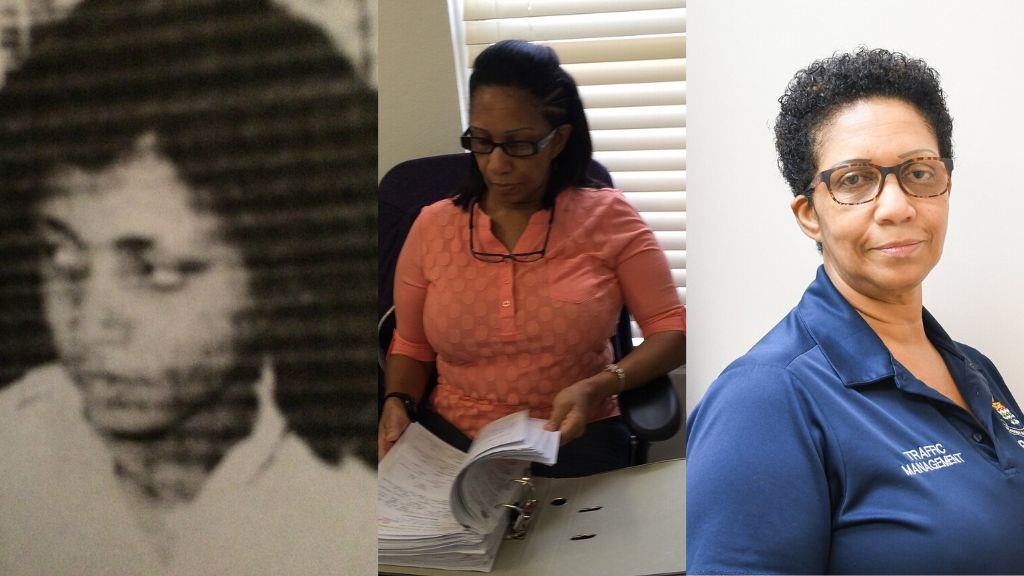 It's not every day that you find staff working for an organization for more than a few years, but this is the norm at the Royal Cayman Islands Police Service (RCIPS). The latest staff member to break the three decade mark with the RCIPS is Ms Lois Gould.

Mrs. Lois Gould is a civilian staff member of the RCIPS who is celebrating her 32nd anniversary with the service. She is currently a secretary at the Traffic and Roads Policing Unit where she has been for the past 23 years.

“I enjoy being an Admin Secretary with the Traffic and Roads Policing Unit. I look forward each day to getting up and going to work and I have never looked elsewhere for jobs,” says Mrs Gould. “We face challenges, like people do anywhere that they work, but it’s never been too overwhelming. This is what I love to do and where I want to do it.”

Mrs Gould decided to become a secretary after spending time working in the office of her father, who was a civil court judge in Jamaica. It was during this time that she found her love for secretarial work. In 1983, Mrs. Gould started working with the Licensing Department, which, at the time, was part of the Royal Cayman Islands Police Service. Shortly afterwards, Mrs Gould relocated to the United States of America for a short time before returning to the Cayman Islands. She returned to the service in 1988 and stayed with the Licensing Department until 1997, when she requested an internal transfer to the Traffic and Roads Policing Unit, which was granted. In 1999, Mrs. Gould was promoted to Executive Officer and has held that post to date.

“I have always been blessed with good supervisors, and, being the jovial person I am, I’ve always had a great working relationship with them,” says Mrs. Gould. “I look forward to spending as much time as I am allowed with the RCIPS and the TARPU.”

Mrs. Gould’s duties include registering traffic files, tickets, and accident files at the court. She also assists the officers in the traffic department, and officers who register files to the traffic department, in tracking the progress of their files at the Office of the Director of Public Prosecutions and at the court. She assists with walk-ins to the TARPU and other customer service duties as well as a host of other administrative duties at the request of the Traffic Inspector and Sergeants.

“Mrs. Lois Gould, or Ms. Lois as she is affectionately known to us in the service, is an invaluable part of the TARPU,” says Inspector Dwayne Jones, who runs the Traffic and Roads Policing Unit. “She provides a service to the officers that we all greatly appreciate, because it saves us time in getting the administrative duties done, so that we can spend more time on the road and working on our case files. We are grateful for her contribution and her pleasant demeanour in the office.”

“On behalf of the Senior Command Team, I would like to extend my gratitude to Mrs. Lois Gould,” says Deputy Commissioner Kurt Walton. "It’s not very often that we have civilian staff that decide to stay with the service for such a long time. Her skills, experience and knowledge of the traffic-related processes are highly valued by our officers. Congratulations on achieving thirty years with the RCIPS and serving the Cayman Islands. Our civilian staff members are just as important to the functioning of the RCIPS as our officers and I am proud to be able to highlight Ms. Lois Gould’s dedication.”

Congratulations to CI Patrick Beersingh for 36 years on the RCIPS