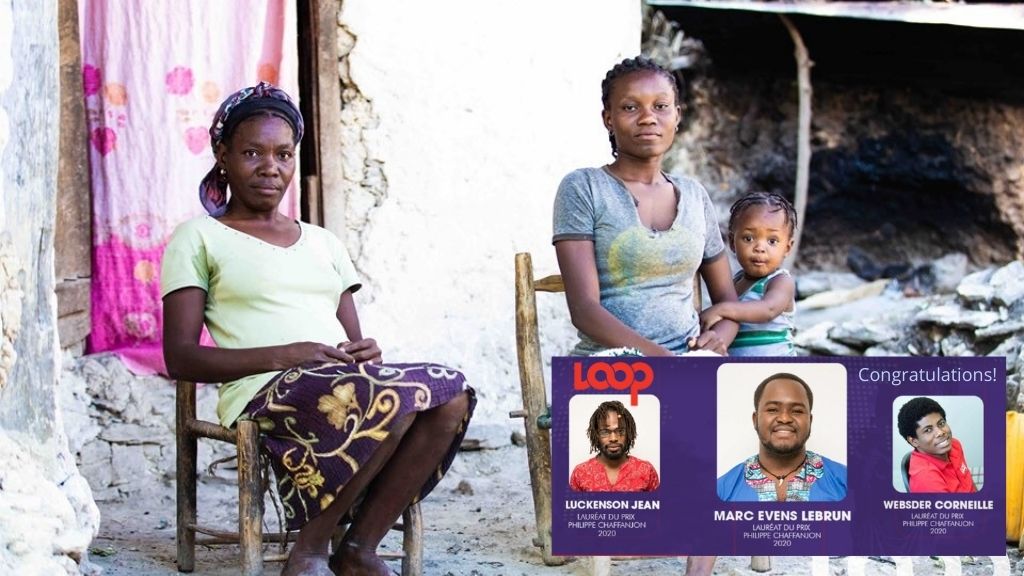 The Philippe Chaffanjon Multimedia Prize, which rewards two major reports each year, one published on a Haitian site and the other on a French site, is one of the most coveted journalistic distinctions in Haiti. After Luckson Saint-Vil in 2019, this year, Loop's journalistic trio Marc-Evens Lebrun, Websder Corneille and Luckenson Jean have won the day.

In the award-winning story, "Haïti: A la rencontre des filles vendues". the authors fix their spotlight on practices identified in several localities of the commune of Verrettes (department of Artibonite, Haiti), where men can develop marital relations with young girls, sometimes minors, following agreements with their parents.

The exchanges include sums of money varying between 10,000 to 20,000 gourdes ((around 315 USD), report the journalists. Their article contains many testimonies from girls and women victims of the practice described. 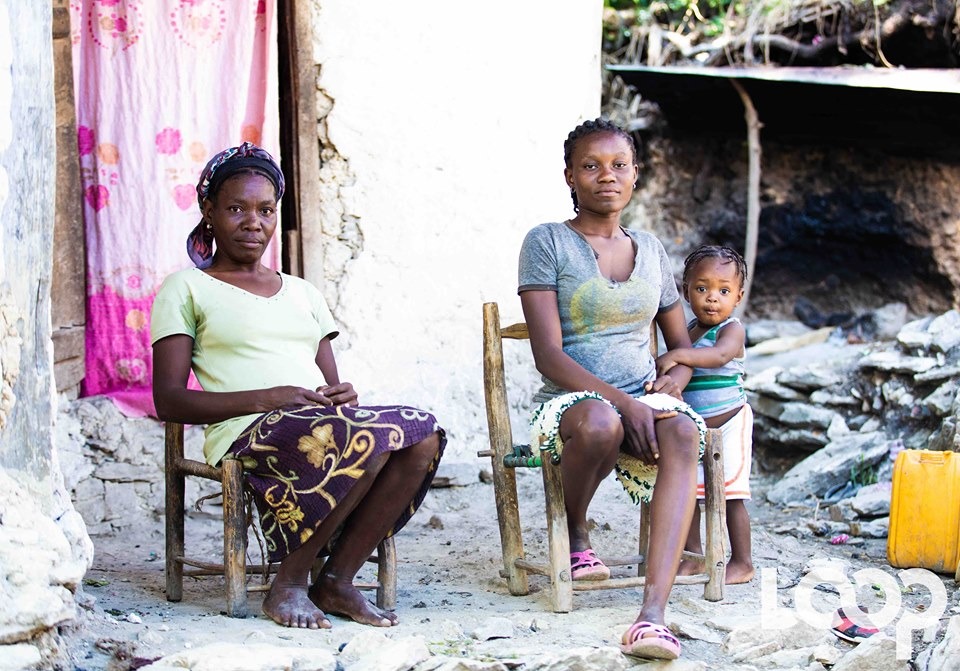 On this picture, a mother, Macilia Pierre and her daughter Alcius Eliamène Joisius (herself accompanied by her one-year-old son) Photo Credit: Luckenson JEAN / Loop Haiti

The full story can be found here in French: Haiti: A la rencontre des filles vendues

In a video testimonial from the winners, Marc-Evens Lebrun indicates that he was shocked by the words of the people met on the field for this work, but also by the fact that, he says, “the residents of this commune [Verrettes] do not have easy living conditions ”. Luckenson Jean, who collected the images accompanying the work, also states that "it was a shock for me".

Websder Corneille, for his part, thinks that "it is good to receive an award" for this report. But the most important according to him, it is "with the publication of this story, that the authorities are doing something to stop this bleeding and counter this phenomenon”.

On the French side, the report entitled "Jean-Michel Bazire, Le Zidane du Trot", published by journalist Stéfan L'Hermitte on the site of L'Equipe explore, which won the prize for this seventh edition.

About the Haitian winners

Marc Evens Lebrun studied law at the Faculty of Legal Sciences and Economics (FDSE) and linguistics at the Faculty of Applied Linguistics (FLA), two entities of the State University of Haiti (UEH). He has been a two-time winner of the USAID / JSSP Investigative Journalism Competition (2017-2018).

He worked as an editor from February 2017 to April 2019 at Challengers Magazine, before joining Loop Haiti editorial team in July 2018. He is currently a member of "IMEDIA".

Websder Corneille also studied linguistics at the Faculty of Applied Linguistics (FLA) and is currently pursuing a bachelor's degree program in journalism at the Lille School of Journalism (ESJ-Lille). He worked as a journalist and presenter of cultural programs at Radio Vision 2000, collaborated as an editor at Le Nouvelliste before joining Loop Haiti in 2017.

Corneille received a special mention at the Young Journalist Prize in Haiti in 2015.

Born in Jacmel, Luckenson Jean has always had an important fondness for artistic disciplines from an early age. He graduated from Ciné Institute with a specialization in editing. Since then he has worked on films, music videos and commercials.

Jean, very involved in cultural circles in the country, is a co-founder of Sine Nouvèl and programme coordinator of the Festival Nouvelles Vues Haiti. He joined Loop Haiti's staff in July 2018 and takes care of everything related to the audiovisual work of the media.

‘One World: Together At Home’ global special to air on Digicel & Loop