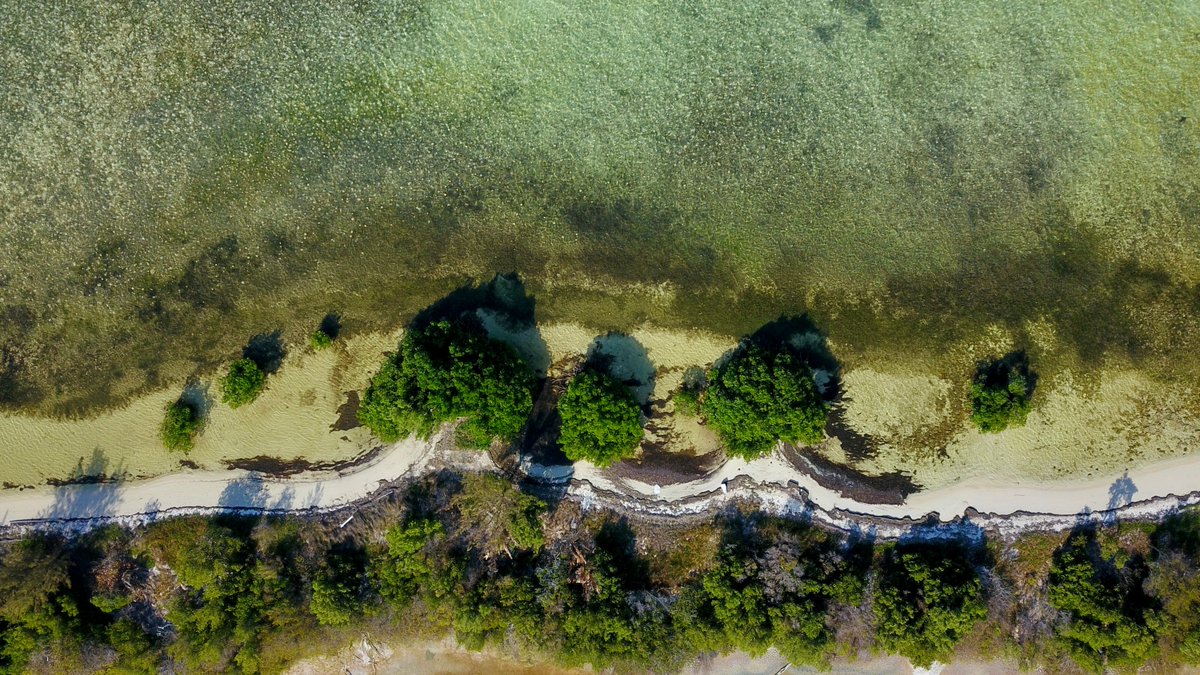 The coastal protection abilities of mangroves are particularly clear on our beach coastlines such as around Barker's (photo) with the beach literally rooted to the mangroves.

The Cayman Islands Department of the Environment states that "Mangroves are an incredibly important habitat for the Cayman Islands providing many ecological services." Mangroves protect shorelines from storm and hurricane winds, waves, and floods and help to prevent erosion by stabilizing sediments with their roots. Mangroves maintain water quality and clarity and filter pollutants and trap sediments originating from land and can sequester up to ten times as much of our carbon pollution as rainforests.

Cayman's Species Conservation Plan for Mangroves, which was gazetted on April 27, will advise on protective measures going forward for all four species of mangroves in the Cayman Islands (black mangrove, white mangrove, red mangrove and buttonwood). This document provides legal protection for the mangroves such that the Department of the Environment will be able to take action against unapproved mangrove-forest clearing.

Drafted by the National Conservation Council, the plan indicates that "within the Cayman Islands, mangrove loss has been so extensive over recent decades that it triggers local Red-Listing criteria. In 2008 the Cayman Islands national IUCN Red List status of Black Mangrove was assessed as Endangered, White Mangrove and Buttonwood both as Vulnerable, and Red Mangrove as Near-Threatened."

The Department of Environment advises that we have lost mangroves in Cayman at an extremely high rate, and we continue to lose mangroves by converting mangrove ecosystems into artificial environments for various human uses.

The recently adopted Conservation Plan aims to ensure that the ecological benefits that mangroves provide to humans and the environment generally are allowed to continue.