The flyer read “Musical Tribute to Marcus Mosiah Garvey.” The digital version had hundreds of likes on social media... It was to be held at one of Kingston’s hottest Reggae venues.

To be around an assortment of like-minded individuals celebrating one of the greatest men in history, albeit amidst strict COVID safety measures, was just the type of conscious escape that I needed and craved-- now more than ever.

Adorned in a multi colored African-inspired shirt, distressed black jeans and yellow sneakers that brought out the yellow accent of my collar, I set out with time to spare-- to what I was certain would be a jam-packed event to honour Jamaica's first national hero.

Sadly, I expected too much.

A handful of guests, many of them island visitors, swayed to roots reggae tunes played by a seasoned Rastafarian DJ.

I looked around in disbelief. How could this be?

I managed to contain the raw disappointment by reminding myself of the circumstances surrounding the pandemic... surely the low turn out could not be a sign that Jamaicans had forgotten an icon whose life and teachings might be even more relevant now than they were 100-years-ago.

In a sobering year that exposed the horrors of social and racial injustice that had been swept under the rug for most of our lifetimes, raising consciousness and igniting outrage at the unjustified killing of innocent black people, a movement was born to reinforce to the world that BLACK LIVES MATTER... Marcus Garvey’s speeches, strategies and ideologies are indispensable during times like these; providing affirmation, direction and empowerment in the face of the raw anger and unbearable emotions experienced by men and women of African descent-- all over the world.

Black pride and autonomy were the central themes of gatherings organized by Garvey’s organization, the United Negro Improvement Association (UNIA)-- founded in Jamaica when Garvey was just in his twenties. In its heyday, the UNIA boasted membership numbering in the millions of people of African descent.

Growing in prominence on the street corners of 1920’s Harlem, Garvey’s speeches influenced some of the most renowned freedom fighters in history. Kwame Nkrumah, Nelson Mandela and Martin Luther King Jr. were all inspired by the words of Marcus Garvey. His growing influence and following led to the creation of the Negro World newspaper, a platform to help expand his reach and keep his followers informed. At its peak, the Negro World was distributed across 40 countries with a circulation of 200,000.

Marcus Garvey should be widely regarded as one of the greatest entrepreneurs the world has ever seen. Recognizing that a fragile community was void of hope and under constant oppression, he epitomized his message of self-reliance through his entrepreneurial pursuits. A community, well informed, organized and galvanized saw their hopes lifted with the emergence of the Black Star Line, a shipping line created to facilitate the transportation of goods and eventually people of African descent throughout the African global economy. 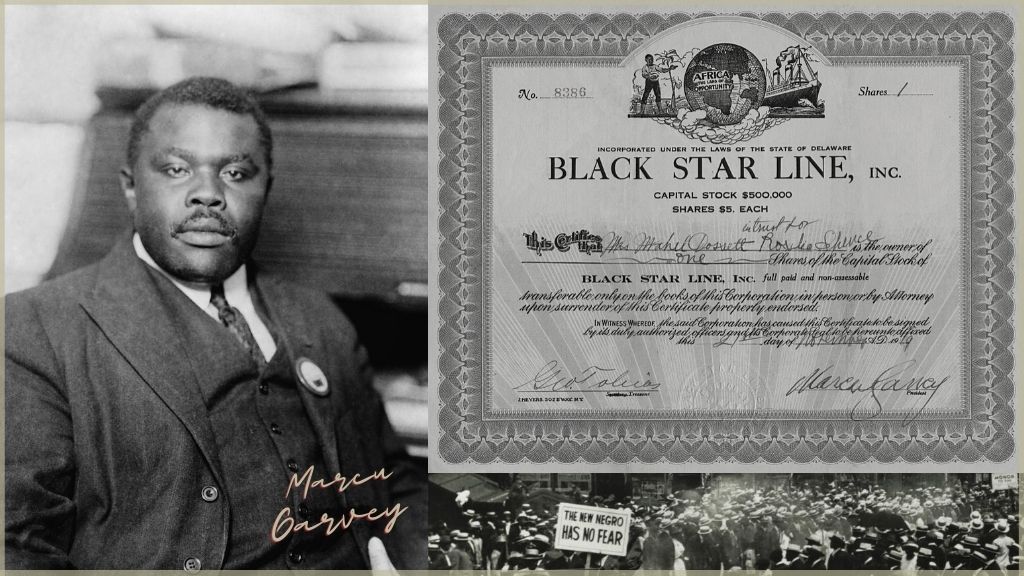 Other ventures, like the Negro Factories Corporation, created with the objective of building infrastructure to manufacture and sell every type of commodity to people of African descent, clearly depicted Garvey's vision of success. People of African descent must find ways to incorporate a sense of social responsibility with their entrepreneurial pursuits.

Garvey’s success was inextricably tied to the success of his race.

A few weeks ago, Steve Harvey interviewed Kimberly Jones, an African-American woman who likened the struggles of black people to a game of monopoly. In the interview, she was asked what people of African descent should be doing to uplift themselves at this time.

Jones’ response has stuck in my mind.

"We should be looking to the past to see what the people before us did," she said. "What did they do right?"

We must look to the past to solve the problems of the present... The struggles of our predecessors have left us with a blueprint to navigate the challenges of today.

What better way to start than with the life and teachings of Marcus Mosiah Garvey.