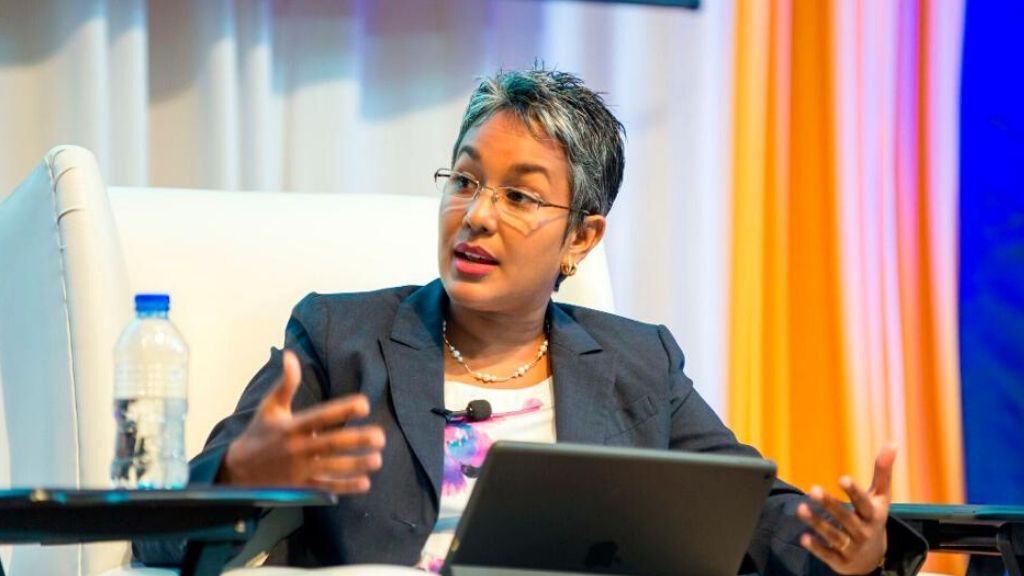 In a heavy-hitting report released today, top regional economist, Marla Dukharan accuses the European Union's "blacklisting" of "certain hapless non-EU members" for non-compliance with its "code of conduct and ever-changing tax-related requirements" as acts of racism and bullying.

Adopted in 2017, the EU blacklist is used by member states of the European Union to address what it deems as external risks of tax abuse and unfair tax competition. The screening process does not include EU member countries and according to Dukharan, it appears not to include other predominantly white countries either.

As of February 18, 2020, the EU blacklist consists of the following jurisdictions: American Samoa, the Cayman Islands, Fiji, Guam, Oman, Palau, Panama, Samoa, Seychelles, Trinidad and Tobago, the US Virgin Islands and Vanuatu.

The report, an instalment in Dukharan's Caribbean Monthly Economic Report, entitled "J'Accuse...! The European Union's Institutionalized Racism and Bullying," argues that the methodology used for EU blacklisting is unfair, arbitrary and non-transparent.

The report questions why the Financial Action Task Force (FATF) and OECD standards have been insufficient for the European Union and asks why the EU's set of bespoke criteria is being imposed on the rest of the world.

Dukharan suggests that the EU is internationally uncompetitive but rather than making use of policy instruments to address its domestic issues, which include fiscal imprudence, high taxes and lack of international price competitiveness, it has resorted to bully tactics to try to marginalise jurisdictions that are exercising "their sovereign right to set their own corporate tax rates..."

Dukharan highlights that all of the blacklisted countries have predominantly non-white populations while low tax jurisdictions such as some of its own member states, the predominantly caucasian US states of Nevada and Delaware and others are overlooked.

"Which body or international treaty gives the EU the legal or even moral authority to impose separate requirements?" she asks.

The report provides examples of what Dukharan argues is further bullying and "brutality" in action, such as the European Commission's identification of 12 'high-risk third countries,' including the Bahamas, Barbados and Jamaica, that have strategic deficiencies in their Anti-Money Laundering and Countering the financing of terrorism (AML/CFT) regimes and pose a threat to the EU-- a listing that took place during the height of the pandemic when each of these countries was suffering from crippling tourism losses. She also refers to the EU's "merciless" blacklisting of Dominica 18-months after it was devastated by Hurricane Maria.

Dukharan depicts the indisputable power dynamics inherent in the blacklisting-- what she refers to as a "might is right" attitude. Arguably, the sharpest dagger that she throws at the character and the actions of the EU is the following: "This is an institution whose members are no strangers to domination, exploitation and brutality. In fact, every single country on BOTH of the EU's aforementioned blacklists was once colonized or otherwise occupied by Europeans."

The greatest tragedy identified by the report is the lack of recourse available to blacklisted nations. Furthermore, given that the EU list is only revised twice a year, any progress achieved by blacklisted jurisdictions takes some time to be reflected.

The penalties imposed on blacklisted countries have the power to irreparably destroy their economies; Dukharan believes that this is nothing short of "economic warfare."

The question we are left with is how do we fight back?