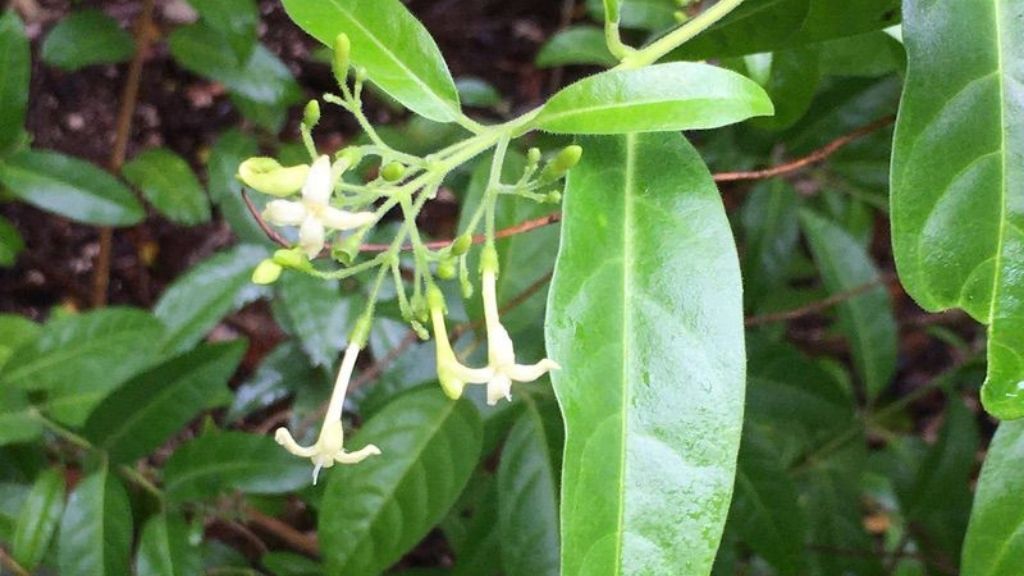 Aegiphila caymanensis is a woody, clambering shrub with soft, downy leaves. Because of its extreme rarity, it has never gained a traditional common name. Image source: National Conservation Council

Aegiphila caymanensis, a species of mint endemic to Grand Cayman, previously thought to have gone extinct when a specimen was bulldozed in August 2015, is in the initial stages of receiving protection from the National Conservation Council (NCC) and is requesting comments from the public at the following link. The public consultation period begins on November 20 and ends on January 15.

As a species inhabiting higher ground, Aegiphila caymanensis may not be immediately threatened by sea level rise but other direct and indirect impacts of climate change, such as andalien invasive plant pests, are among potential threats of concern. Further, the species naturally grows in small areas of dry forest remaining in Grand Cayman, much of which is currently not protected.

The plant was assessed in the global IUCN Red List in 2014, and is currently listed as Critically Endangered and is listed as a protected species in the National Conservation Law (NCL).

Currently this plant species is only known from three locations, comprising a total of fourteen specimens, according to the NCC.

"Two were left isolated within a recently cleared dry forest in East End, and ten specimens survive in former farm land near a dry forest ridge in North Side.The other two known specimens are located in West Bay, off Conch Point Road adjacent to a fragment of dry forest. Additional specimens are likely to exist in other locations, but given the absence of sightings during past surveys and targeted field work to date it is evident that this species is extremely rare, and endangered by habitat loss," said the NCC.

Given its rarity, the protected status and conservation plan seeks to ensure the survival of the endemic plant as a sustainable wild population. The NCC seeks to reassess the existing population size and distribution and protect it through National Conservation Law Permits, Conservation Agreements, Critical Habitat designation, and/or Protected Area designation as appropriate.

A sustainable cultivated population would also be established at the Queen Elizabeth II Botanic Park (QEIIBP) as a safeguard against loss of known individuals and as a source of plants for restoration in the wild.

The Department of Environment (DoE) would be permitted, under the conservation plan, in partnership with the QE II Botanic Park and the Royal Botanic Gardens, Kew and with other agencies or private entities or individuals as appropriate, subject to permit by the NCC, to conduct artificial propagation and/or seed banking of specimens to maintain a reserve of the species’ genetic diversity that could be re-established.

The species conservation plan would ban any taking, possession, purchase, sale, or exchange of the Aegiphila caymanensis plant without a permit.