Be prepared: Two weather systems form in the Atlantic 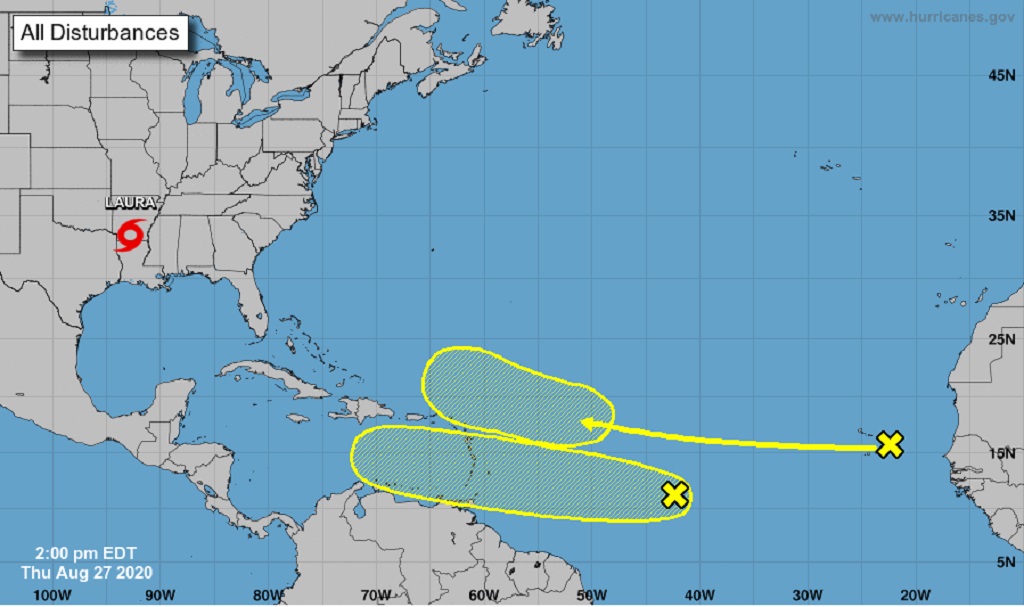 St Vincent and the Grenadines is monitoring two weather systems in the Atlantic.

The National Emergency Management Organisation (NEMO) said in a Facebook post: “Let's keep an eye on the disturbance close to us. On its current path we can expect some rains over the weekend. Be prepared!!”

According to the US National Hurricane Center (NHC) Disturbance One, a westward-moving tropical wave located over the far eastern tropical Atlantic near the Cabo Verde Islands, continues to produce disorganised shower activity.

Although environmental conditions are not expected to be conducive for development during the next couple of days, they are forecast to gradually become more favourable over the weekend and into early next week when the wave moves into the central and then western tropical Atlantic.

The NHC says in terms of Disturbance Two, shower and thunderstorm activity increased today in association with a tropical wave over the central tropical Atlantic.

Gradual development of this system is possible over the next several days as it moves westward at 15 to 20 miles per hour.

4 dead as Hurricane Laura carves a destructive path through Louisiana

Preparing for the hurricane season during COVID-19

Five most destructive hurricanes of the last decade