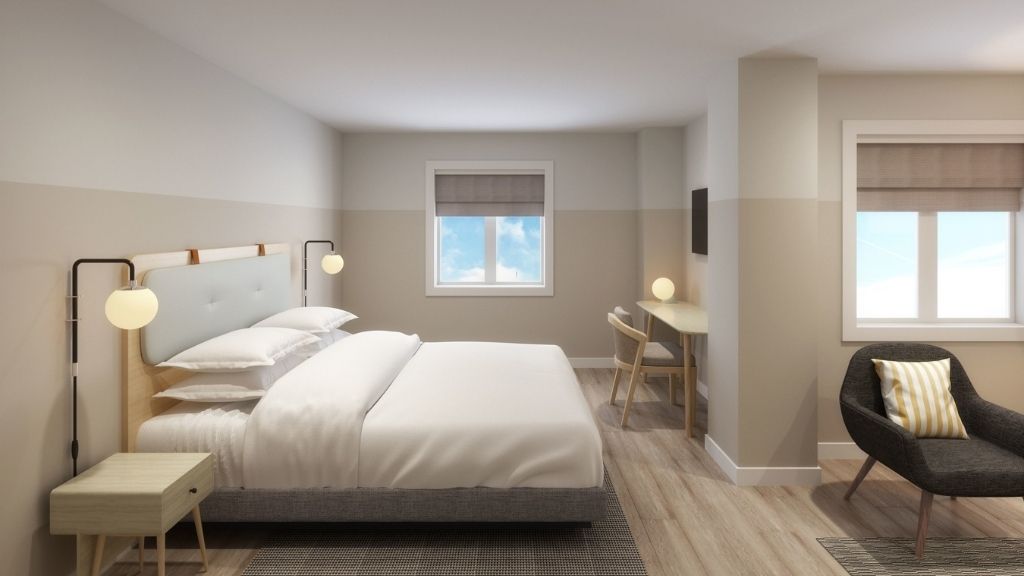 Another Hilton branded hotel is coming to Grand Cayman.

According to the Level 3 Design Group, based out of Los Angeles, it will be designing the Hampton Inn and Suites by Hilton which will involve the conversion of a pre-existing hotel- reportedly the Dart-owned Comfort Suites Hotel on Seven Mile Beach.

The Comfort Suites closed in March as a result of lockdown measures introduced by the Cayman Islands Government. The property served as a government isolation facility for ten weeks before it closed for refurbishments in June.

In July, the hotel revealed that it was undergoing extensive renovations to its restaurant, pool area and guest rooms ahead of a planned reopening in early 2021, and donated hundreds of furniture items to local families in need.

Dart revealed in July that its hospitality team was preparing to reopen the hotel under a new brand.

Eduardo Renteria, Principal Senior Interior Designer at Level 3 Design Group, who provided a rendered image of one of the guest suites has said that the new design is "a semi-custom design scheme, which allows for some creative freedom."

Renteria described the design of the rooms as "modern, coastal, yet plush... with a bungalow feel."

The 5 story 120-room hotel is scheduled to be completed by the end of the year.

Level 3 is a designer of hospitality interiors and has collaborated with the Hilton brand on various projects. Internationally, the company has completed projects in Mexico and Canada. This will be its first hotel in Grand Cayman.

"We're always eager to pursue markets in other countries," said Jim Spitzig, President of Level 3 Design Group. "In these ever-changing times, international growth is even more feasible than before."

Earlier this year, Hilton announced that it had signed an agreement with NCB Group for a new Curio Collection by Hilton property in the Cayman Islands. The new-build upscale 80-room hotel was scheduled to be ready in 2021 at the time.

Hilton currently has a portfolio of nearly 150 hotels and resorts in 25 countries across the Caribbean and Latin America. The company is actively pursuing additional growth opportunities and currently has a robust development pipeline of more than 80 hotels throughout the region.

"We have prioritized the region in our larger expansion efforts," said Juan Corvinos, vice president, development, Latin America and the Caribbean, Hilton in a prior release.