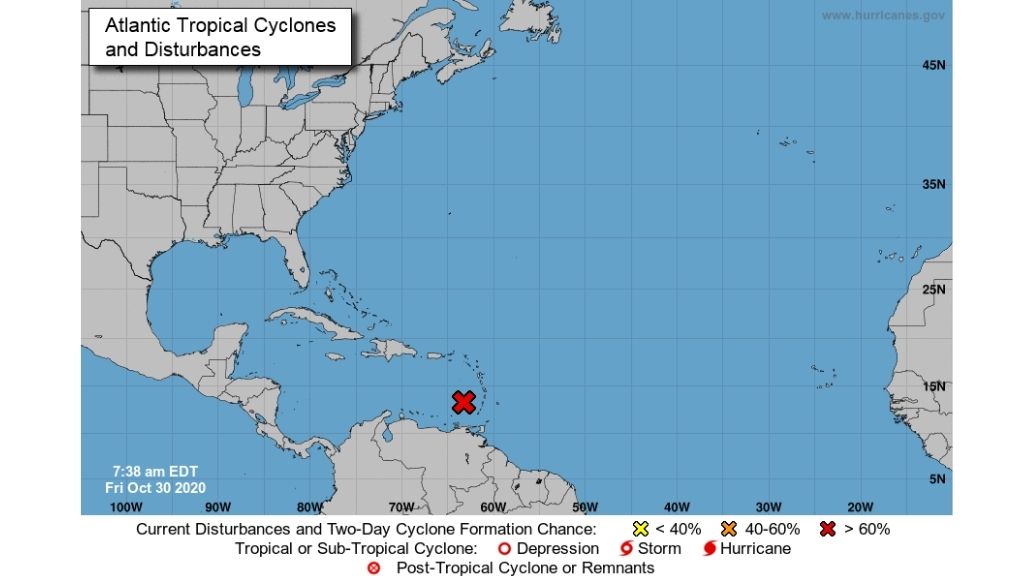 The National Hurricane Center is tracking four tropical waves in the Atlantic, but only one shows signs of further development.

The National Hurricane Center (NHC) says there's an 80% chance that a tropical wave in the eastern Caribbean Sea, currently near the Lesser Antilles, will form into a tropical depression this weekend or early next week.

Here is how the system could affect Cayman: According to NHC, the system continues to become better organized. There's a 70% chance of development over the next 48 hours and an 80% chance over the next five days. near the Lesser Antilles associated with a tropical wave. Upper-level winds will become more conducive for development and a tropical depression is likely by the time it reaches the western Caribbean Sea early next week.

In the short term, it is projected to be headed toward Central America, but in the next 10-15 days, it could lift into the Gulf of Mexico. The future that far out is uncertain, however.

The next name on the list of storm names is Eta. This would be the only time is Atlantic Hurricane History to make it this far in the Greek alphabet name list.

Right now, 2020 has produced 27 named storms and is one named storm shy of tying the Atlantic single-season record of 28 named storms in 2005.

8am EDT: Shower activity with a tropical wave in the eastern Caribbean Sea has become better organized overnight. A tropical depression is now likely to form this weekend or early next week as this system moves westward through the Caribbean Sea.https://t.co/NERCKMhgQU pic.twitter.com/de3W5ffHFe