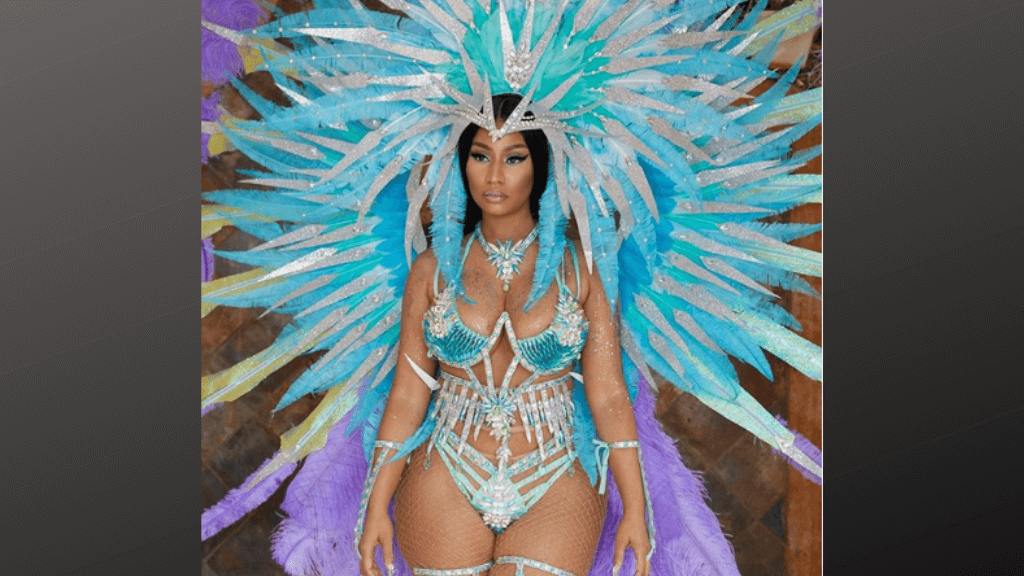 Rapper Nicki Minaj announced that a raw and unfiltered docuseries on her life will be aired on HBO Max. Minaj was in Trinidad for Carnival 2020.

Trinidad and Tobago may be featured in a docuseries tracing the life and journey of rapper Nicki Minaj.

Minaj, who recently gave birth to a baby boy, announced the docuseries on her Instagram account stating that it will be aired on HBO Max.

"It will give you guys a raw, unfiltered look at my personal life and my professional journey," she said.

A statement from HBO Max said each of the six half-hour episodes of this untitled project will explore Nicki’s brilliantly creative mind and tell the story of her personal and professional journey.

"With complete honesty, Nicki will guide viewers through the most challenging and fulfilling times in her life, navigating highs, lows and misguided agendas in her stratospheric rise to fame and her journey to motherhood. Nicki’s many achievements include 19 Top 10 Billboard Hot 100 hits, and 114 total entries on the Billboard Hot 100—the record for “Most Billboard Hot 100 Entries Ever by a Female Artist," the release said.

Minaj, birth name Onika Tanya Maraj, was born in T&T and migrated to the United States at the age of five.

She visited the twin-island during Carnival 2020 festivities with her husband Kenneth Petty. Her movements, which included playing mas with Tribe and a visit to the St Jude's Home for Girls, were documented by a film crew.

“Nicki Minaj is a multi-faceted artist, businesswoman, and innovator as well as force to be reckoned with. It’s a privilege to bring this project to HBO Max and provide our viewers with unprecedented access to her life” said Sarah Aubrey, head of original content, HBO Max.

The series is directed by six-time Emmy nominee Michael John Warren, who made his directorial debut with Jay-Z’s “Fade to Black.”

This marks Warren’s third documentary with the iconic rap star.

“Nicki Minaj is one of the most important and influential recording artists of all time; never to be duplicated – and many have tried. We are proud to support this living icon, as she bravely opens her home to the world,” said BRON’s Aaron L. Gilbert and Brenda Gilbert in a joint statement.

"I love that this series not only provides an all-access glimpse at one of the most iconic musicians of our generation; it also profiles the brave woman behind the artist, Onika. I believe all of us can learn a great deal from her remarkable professional and personal life. It’s an honour to be entrusted with this dynamic story,” said Director Michael John Warren.