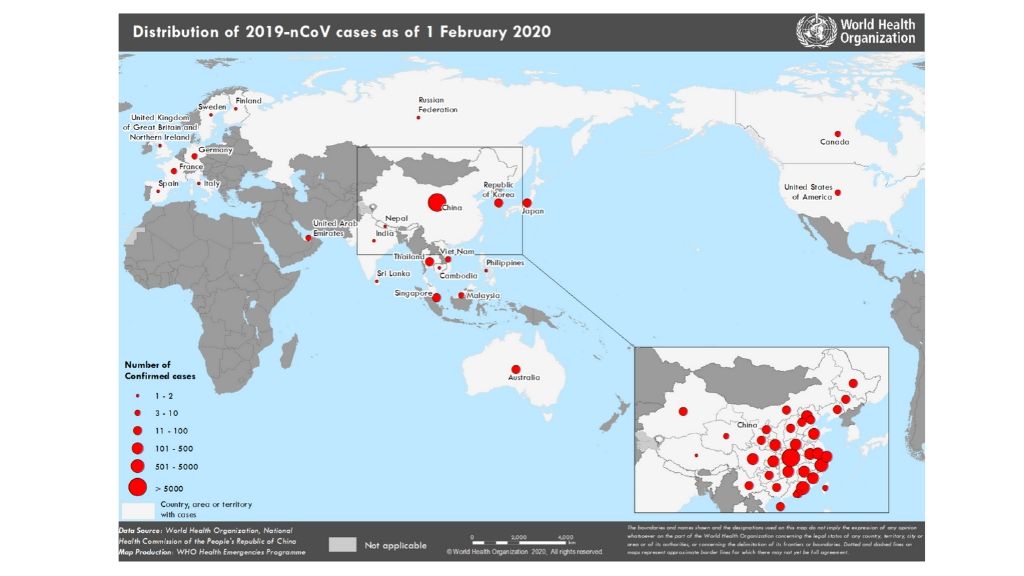 As of today, there have been a total of 11,953 confirmed cases of Coronavirus worldwide. Two days ago, The World Health Organization declared the spread of the virus a global health emergency.

According to the World Health Organization, incidence is spreading rapidly, with a number of new firsts being reported as of today, February 1. These are as follows:

In France, for the first time outside China, a healthcare worker was diagnosed as being ill with 2019-nCoV acute respiratory disease. The health worker treated two patients who were later identified as probable cases.

The first instance of third-generation human-to-human transmission outside China has been identified, in an individual who was exposed to a confirmed case from the cluster in Bavaria, Germany.

For the first time, a case was exported from a country other than China: a patient was identified in South Korea following their exposure in Japan to a confirmed case.

In the last 24 hours, additional instances of human-to-human transmission outside China were reported: in Japan, a tour guide who is part of the same cluster of Japanese cases who had contact with tourists from Wuhan; in Germany, a case that is part of the cluster in Bavaria; and in Thailand, a taxi driver who had no travel history to China.

How do I know if I might have coronavirus? 5 questions answered