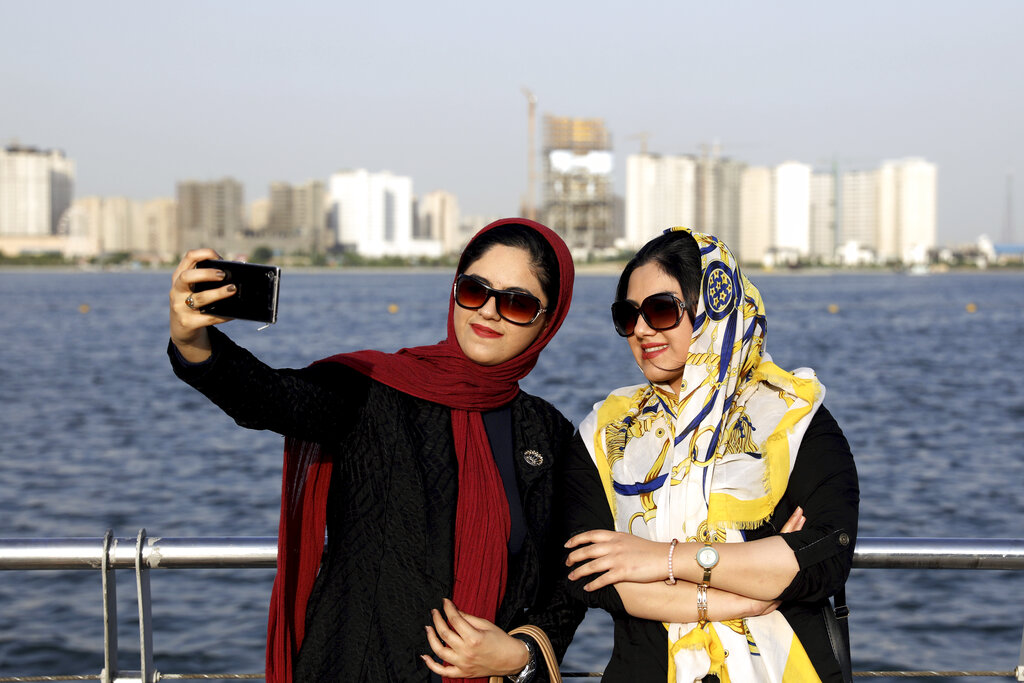 Women, would you show a topless photo of yourself to just anyone?

How would you feel if someone took a photo of you naked against your wishes and then made you show it to other people?

This concept may seem weird and these questions may appear as though they're coming out of left field but this is a reality that Muslim women in Barbados have been living with for some years now.

Since the implementation and enforcement of a law that stated head coverings including hijabs must be removed for official photos to be taken, women of the Islamic faith have been living between a rock and a hard place.

To live in the country of your birth without a driver's license, an adult identification card or passport if you refused to bow to the laws of the land, or expose yourself and get the pieces of identification that are so necessary for day-to-day life? That was not just the question they had to ask themselves, that is the life they had to live.

In 2006 or so, during the last census, there were about 3,000 Muslim women living in Barbados and that number has grown in the past 14 years.

Chatting with Loop after the good news shared this morning about the amended legislation, the President of the Barbados Muslim Association, Abdul Mohammed said: "This decision is huge for the ladies in the Muslim community."

He said that "removing the hijab and uncovering, which is pretty much equivalent to a form of nudity for women who respect their life being covered, their hair being covered in public, it was quite a distressing experience for many women."

Minister Wilfred Abrahams and the members of Cabinet last week passed a piece of legislation to no longer mandate the removal of head coverings by persons who can provide proof of their religion, and show that the head covering is part of the tenets of that religion. Abrahams made the disclosure this morning (October 9) during a press conference.

In Islam, in their Quran and Hadith, their scriptures have mention of the head covering multiple times and in multiple places. It speaks about both modesty and covering. According to Mohammed: "The covering of the face is disputed by some, but the rest is not." The religion is hard and fast about the covering of the head.

But why does a photo or two matter so much to these women?

For many who are not Muslim, the battle of these Muslim women was seen as a one-off fight. Most people only thought about the few seconds or minutes it would take for them to unpin or untie their hijab and have the "pain-free" photo taken. That's it!

After that, each Muslim woman has an identification card or driver's license or passport that she does not want to show to anyone except her husband and maybe members of her family. In the photo, she is "naked" or "topless" in the eyes of her people. That photo is not something for her to whip out to be granted entry into an establishment or to gain her wins from a competition or even to be handed over to any and every electoral official at the polling station.

She now had a piece of ID that showed her in a vulnerable state that is not to be seen by the world, yet demanded by the world to be seen.

Mohammed said that a couple of women of the faith "are without passports because of this. Most recently some may have reluctantly removed head cover for [official] photos and keep their identification hidden until needed."

For women outside of Islam, he said, it's like showing a picture of them topless. "So you may have taken it reluctantly and would only show those you really trust."

"Many if not most voted. But displaying inappropriately exposed ID cards would influence some decisions," he explained.

Having put forward the case to the past administration that was in power for ten years, Mohammed said, "The last government refused to even entertain a discussion on it and the AG [Attorney General] bluntly refused to meet with us." Today, Barbadian Muslim women can breathe after waiting years to exhale.

Two words: "ID please!" Imagine the trauma that such a "simple" request used to cause a Bajan Muslim woman. But not anymore.

Rihanna apologises to the Muslim community for playing sacred song