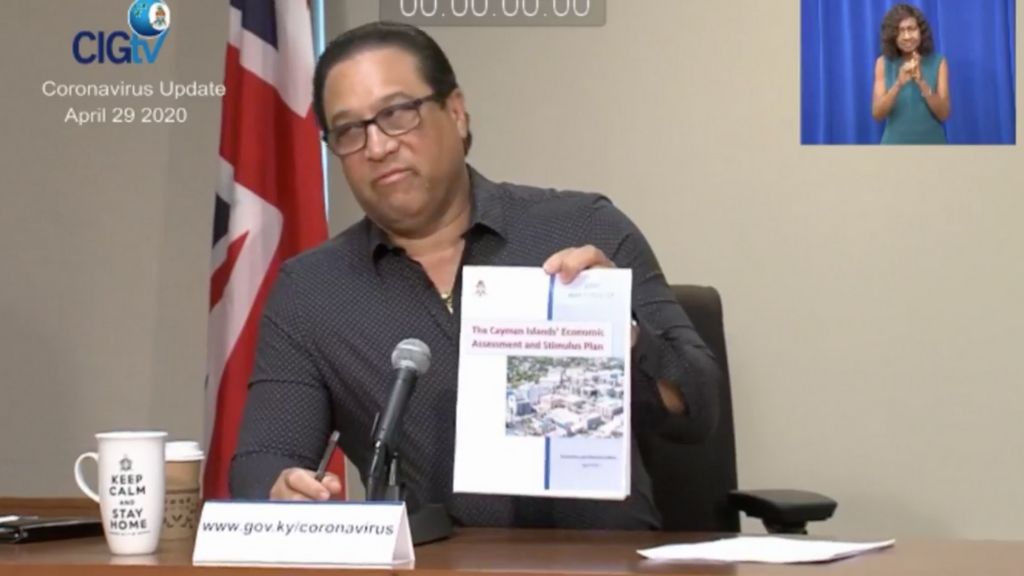 A report entitled "Cayman Islands Economic Assessment and Stimulus plan" was revealed by Premier, Alden McLaughlin at today's COVID-19 Press Briefing. This was in response to suggestions that the government of the Cayman Islands has not made plans for the country's recovery post-COVID-19. Mr McLaughlin announced that this was not the case and plans had been in process for some time.

According to the Premier, the report that was produced by the Economics and Statistics Office and others reveals "numbers that we’ve never seen before” including a "significant fall out" in GDP and jobs, which is "grave".

The Premier also indicated that with borders continuing to be closed for the foreseeable future, much of the job of recovery would have to be done internally and that Cayman's performance would be highly contingent on "the containment and management of the virus on other countries." Factors involved in this process will include testing and the discovery of a vaccine.

On a positive note, the Premier announced that according to the report, the financial services industry is continuing to do very well.

The Premier advised that Finance Minister, Roy McTaggart will be present at the press briefing next week to discuss economics and finance matters.

Economic pain from virus spreading quickly as the pandemic