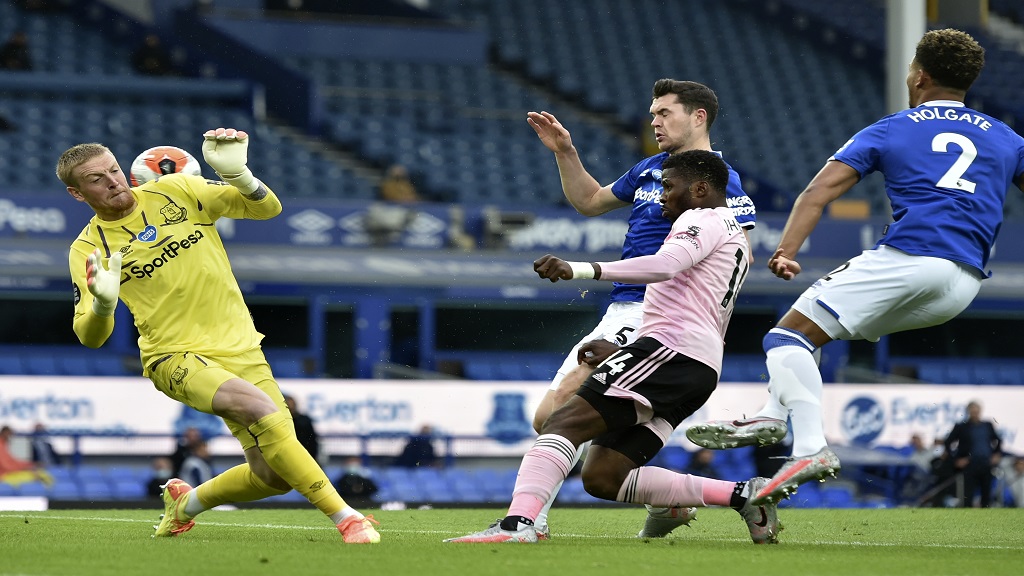 Leicester's slump in form continued with a 2-1 defeat at Goodison Park, with Everton battling to a second Premier League win on the bounce.

The Toffees enjoyed a great start, as Richarlison turned home a fine pass from youngster Anthony Gordon early on, and then Gylfi Sigurdsson converted a penalty following a handball by Wilfred Ndidi.

Leicester were brighter after the break once James Maddison and Kelechi Iheanacho were introduced, with the latter netting fortuitously, but Everton held on to the win and owed thanks to Michael Keane for clearing off the line following a Jordan Pickford error.

Elsewhere, Newcastle's performance was by no means perfect at the Vitality Stadium, but they still blew their hosts away – Saint-Maximin playing a major role.

The Frenchman picked out Dwight Gayle for a fifth-minute opener and then dazzled Bournemouth as Newcastle went 2-0 up with half-an-hour played, tricking his way past Adam Smith before picking out Sean Longstaff.

Saint-Maximin completed his hat-trick of assists when teeing up Miguel Almiron just prior to the hour, and Valentino Lazaro rounded things off towards the end after Jonjo Shelvey's pass, moving Newcastle on to 42 points and leaving the Cherries - who got a late consolation through ex-Newcastle midfielder Dan Gosling - second from bottom after a fourth successive loss

Man City will give Liverpool guard of honour