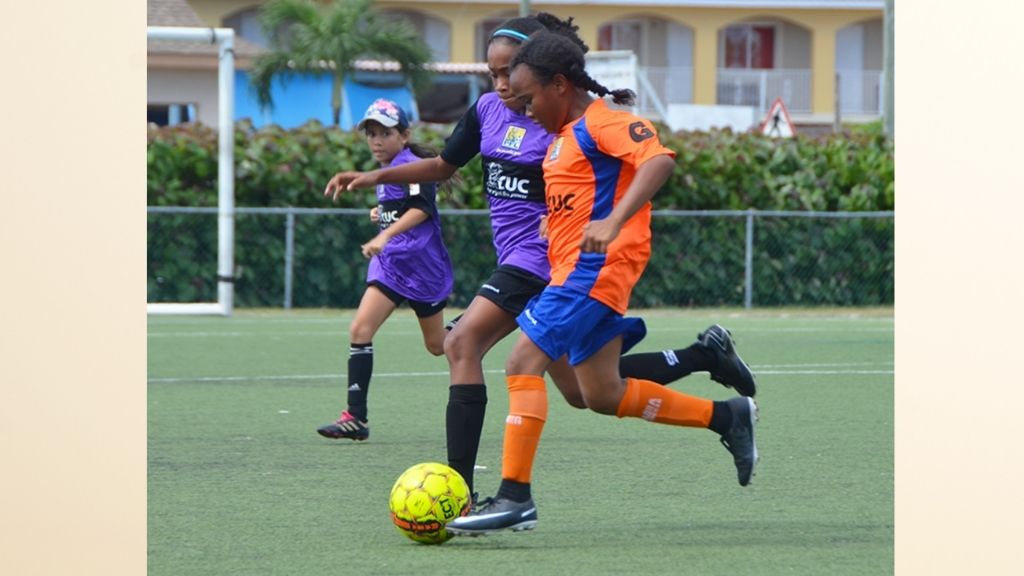 Unfortunately, schools in Group B of the CUC PFL are yet to hit the fields, but games in Group A and the GPFL were played at venues across the Island.

Savannah Primary travelled to West Bay to take on Sir John A. Cumber Primary at the historic West Bay Town Hall Field. A single own goal in the 30th minute settled the exciting Under 9 contest as Savannah Primary got the better of their opponents 1-0.

In the Under 11 game, it was the Christian Bonner and Zephon Orrett-Ebanks show as the star players from either school scored two goals each in a thrilling 2-2 draw. Young Bonner opened the scoring for Savannah Primary after only 23 seconds as he blasted his team in front. Sir John A. Cumber seemed as though they were still in the dressing room but Orrett-Ebanks tied the game in the 2nd minute from an unlikely source – a throw-in. Orrett-Ebanks’ long throw-in deceived Savannah’s young goal keeper who misjudged the bounce of the ball as he came to collect it. He managed to get his finger tips to the ball but it was not enough to prevent it from crossing the line.

Surprisingly, Sir John A. Cumber took the lead in the 12th minute as Orrett-Ebanks blasted an indirect free kick goalward, which ricocheted of Savannah’s goal keeper, off the post and into the net. Not to be outdone, Savannah Primary’s Bonner pulled his team back into the game in the 19th minute from another unlikely source - a corner kick. His seemingly tame corner kick curved wickedly at the last moment as Sir John A. Cumber’s defenders and goal keeper watched helplessly as the ball snuck in at the near post without being touched.

Both teams searched for a winner in the second half but neither could break the deadlock. The game ended at 2-2.

Jada Dixon-Lam scored her first of three goals in the 30th second and added two more in the 2nd and 4th minutes before Angelica Grant grabbed her first for the season in the 9th minute to end the scoring at 4-0 with the Respect Rule being enforced. Credit Sir John A. Cumber’s very young ladies who battled for the full 40 minutes and never gave up.

In other CUC GPFL Under 11 games it was George Town Primary 0 vs. St. Ignatius Catholic 4 and Cayman International School 4 vs. Cayman Prep Red 0 (respect rule enforced).