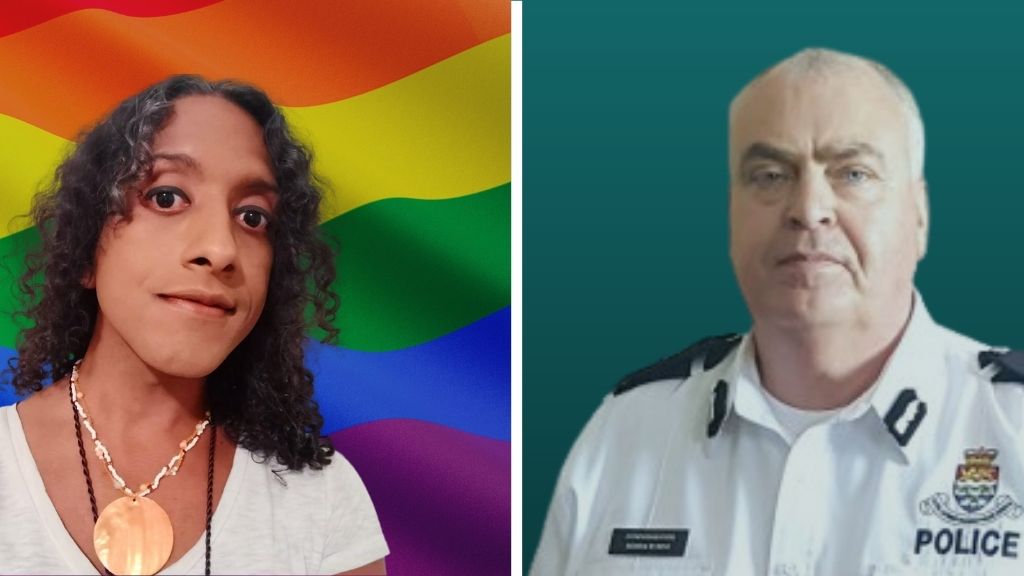 A Cayman-based Facebook page (and allegedly affiliated WhatsApp group) entitled Caribbean Cause, that appears to have connections from throughout the region, and with a profile and cover image of a man blowing a ram’s horn (as of September 14) known in Hebrew as a shofar and used to symbolize a declaration of war, has been generating fears and concerns surrounding hate speech, anti-LGBTQIA+ propaganda and inciting violence against the LGBTQIA+ community in the Cayman Islands.

Some of the posts on the group (as of September 14) are as follows:

“Pedophilia was always the end game of gay marriage: we Christians tried to warn you.”

“Homosexual relationships are abnormal because they are inconsistent with design and purpose in the universe and no human court or professional society can alter those facts.”

Leaked screenshots of posts from the WhatsApp group allegedly connected to the Facebook page, reveal comments such as “… if we don’t stand to the end, they will sledgehammer us when they want to have sex with our children.”

Another comment makes reference to Muslims’ uniting in defence of the Koran, and dealing with anyone who disobeys.

Other comments allegedly condone lynching of members of the LGBTQIA+ community.

According to a report from a local publication, a letter that it received from Police Commissioner Derek Byrne in response to the language used on these channels indicated that “At this time, we are not in receipt of any complaints of a criminal nature made by any person(s) or group impacted by these posts,” and that “Our assessment at this stage is that these persons [Caribbean Cause] are operating in a space of free speech and right to peaceful protest and that they have ensured not to breach boundaries that would amount to suspected criminal behaviour” or a breach of the penal code; i.e., reaching a criminal threshold “to justify alarm, distress, harassment to any individual.”

Last week, following the release and publication of these comments by the publication, the Royal Cayman Islands Police Service (RCIPS) released a statement, that the publication “incorrectly represented and distorted” the words of the Police Commissioner, while maintaining that “the specific comments being queried were not in breach of the penal code as they were not implicit or explicitly directed to any specific person(s).”

The statement continued that, “As an organisation we remain committed to our vision to make the Cayman Islands safer while ensuring that all members of our community can go about their lives without fear of crime within and against our community.”

The statement went on to say that, “While the Commissioner has not received any complaints of a criminal nature made by any person(s) or group impacted by any posts, as a service we take any complaints regarding any content seriously and any such complaints received will be fully and thoroughly investigated to the full extent of the law.  We encourage any person(s) that have been affected directly by any criminal act to contact the RCIPS to report the matter. While there is no specific reference made to ‘Hate Speech’ contained in our legislation, there are many criminal offences contained in our legislation that provide considerable protection for our community against harassment, alarm, distress etc. which provide the legal basis for the investigation and prosecution of such crimes. This RCIPS wishes to advise the public that the matter will be kept under constant review and monitored on an on-going basis to ensure that the criminal law and penal code is not breached.”

Non-profit organization, Colours Cayman responded to the statement of the RCIPS, referring to it as “legally questionable,” upholding that “Threats of hanging, however dressed up, or suggestions of how to “eradicate” LGBTQIA+ people by any means, go well beyond causing alarm and distress to our vulnerable community—they are exceptionally disturbing and dangerous.”

Colours Cayman referred to Section 88A of the Cayman Islands Penal Code, which indicates that a criminal offence may have been committed if “threatening, abusive or insulting words” are used in a public or private place— including in writing— that cause “harassment, alarm or distress, commits an offence and is liable to imprisonment for three years or, if the offence is committed in the night, to imprisonment for four years.”

Colours Cayman suggested that Commissioner Byrne’s words could be “construed as criminal” and went on to say that “By his negligence, the Commissioner, hopefully unintentionally, has risked giving the ‘green light’ for people to harass, alarm and distress an already marginalised community without any criminal consequences” and that by brushing off the use of anti-LGBTQIA+ rhetoric, its actions are “irresponsible”, “highly dangerous” and “belittling,” calling for a thorough police investigation of the evidence provided.

Colours Cayman also made reference to the on-air statements of “a caller speaking on the radio station, Rooster 101… in the presence of The Deputy Leader of the Opposition—who neglected to challenge the caller—that “anyone who is involved in the queer and lesbian lifestyle should be put in front of a firing squad…”

“The use of such threatening, abusive and insulting language is the sort of reaction that Commissioner Byrne has sanctioned and incited with his statement to the press,” said Colours Cayman.

Colours Cayman has demanded “an immediate and unreserved apology by the Commissioner of the RCIPS for such an inexcusable failure of judgment. Failing that, we then demand that the Governor reconsider the position of the current Commissioner.”