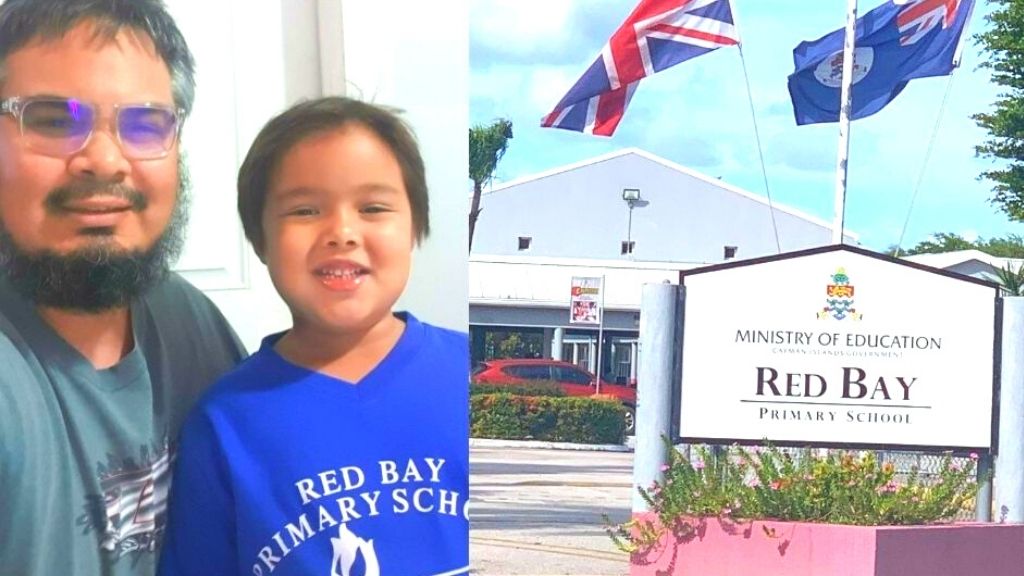 "I need to keep my family safe. We are going to start wearing masks again where ever we go," said the concerned father.

While the COVID-positive student, who was reported to be symptomatic, was "weakly positive"  and received a negative result on one of the confirmatory tests, Chief Medical Officer, Dr John Lee indicated that it would be prudent to consider this a positive case.

Public Health, upon advising the school of the case, was able to divide the students into bubbles by cohort and began testing 200 year 2 students, parents and teachers, as well as some additional contacts.

In the meantime, parents and caregivers were called to collect their children.

The 1pm scene outside the school revealed a police car at the entrance and cars lined up and parked on the side of the road. Many parents and children were wearing face masks.

Mr Webster advised that while a number of parents were panicked, particularly those who have children in year 2, the scene at the school was relatively calm.

"It looked pretty quiet when I walked in," he said. "I went into the office and signed out my child and when he was brought to me, I explained what was going on to him. My son was totally ok."

While there have been no announcements or suggestions that there are other sick children at the school, the mystery surrounding the positive case is what makes it most unsettling.

"My main concern is that if we are COVID-free, how did the child contract the virus?" asked Mr Webster.

The Chief Medical Officer was unable to shed any light on this question, but luckily, given the exemplary work of the government in keeping COVID-19 out of the community, there has been a great deal of faith in the steps that are being taken to avoid a public health crisis.

This in itself is a blessing.

"We are going to stay home for a few days and hopefully none of us will get sick," said Mr Webster. "If we need to be tested, we will. I am not panicking."