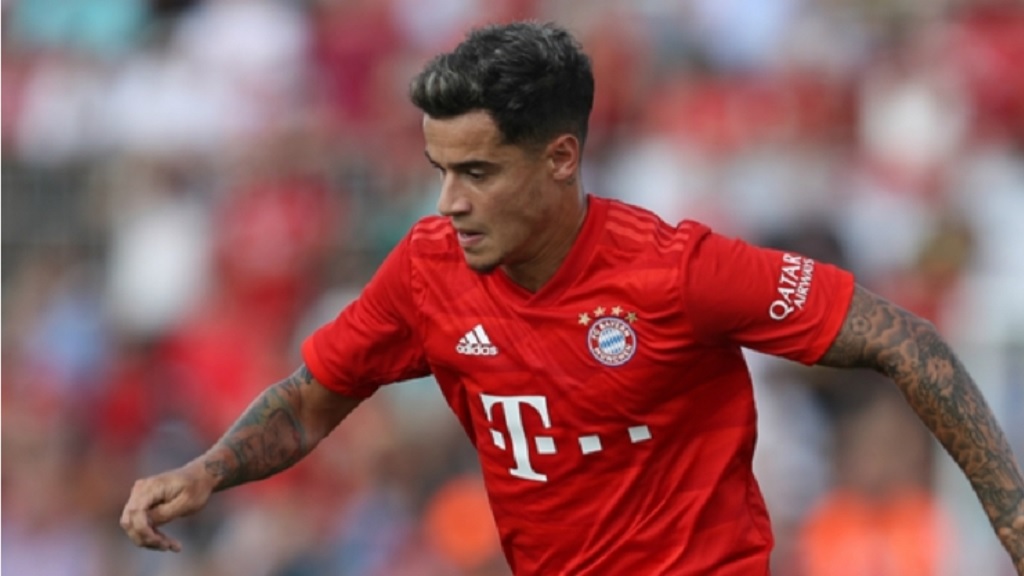 Coutinho is expected to leave Barcelona on a permanent deal this close season.

A return to the Premier League has been mooted for the playmaker, and it could be getting closer.

Coutinho has been offered to both Arsenal and Tottenham, according to The Independent.

The report says Arsenal look the more likely to complete a deal for the Brazil international.

Coutinho has been on loan at Bayern Munich this season, having struggled since arriving at Barcelona from Liverpool in 2018.

- Manchester City are linked with a surprise deal. Sport reports the Premier League giants are interested in Barcelona's Sergi Roberto, who wants to remain at Camp Nou.

- Out of contract next year, Pierre-Emerick Aubameyang has been linked with a move from Arsenal. The Daily Mail reports Chelsea, who face Arsenal in the FA Cup final on Saturday, were sounded out about a move for the forward in January.

- Inter continue to be linked with a move for Tottenham midfielder Tanguy Ndombele. Gianluca Di Marzio reports the Serie A giants are offering star defender Milan Skriniar to Spurs in their bid to land Ndombele.

- After struggling at Manchester City, John Stones is reportedly set for a move. The Sun reports the defender is poised for a £20million move to West Ham, where he would reunite with former Everton manager David Moyes.

- Sami Khedira's time at Juventus could be over. CalcioMercato reports Juve are negotiating to terminate the midfielder's contract.

- Real Madrid left-back Sergio Reguilon, who has been on loan at Sevilla, is attracting plenty of interest. Sky Sports says Everton lead the race for Reguilon after submitting a bid of £18million (€20m).

Rumour Has It: Suarez wants Barca stay, Chelsea with choice to make

Rumour Has It: Man Utd looking at Oblak, Madrid want to raise €180