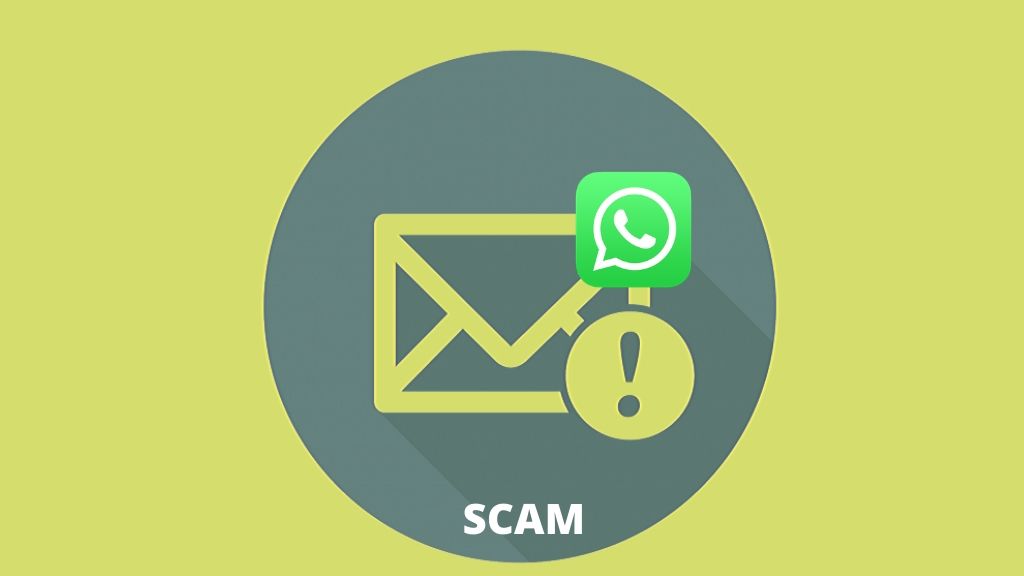 The RCIPS is informing the public of fraudulent emails and Whatsapp messages being sent to members of the public. These are as follows:

These purport to be from the RCIPS Financial Crime Unit.

The email suggests that a complaint has been filed against the recipient and contains a link (described as an “attachment”) to the case file for the recipient to review urgently.

In reality, the link in the email is a phishing attempt and members of the public are warned NOT to click on any such links. If any similar email is received it should be forwarded to the RCIPS Financial Crime Investigation Unit at RCIPS.FCU@rcips.ky.

An example of the email is below. 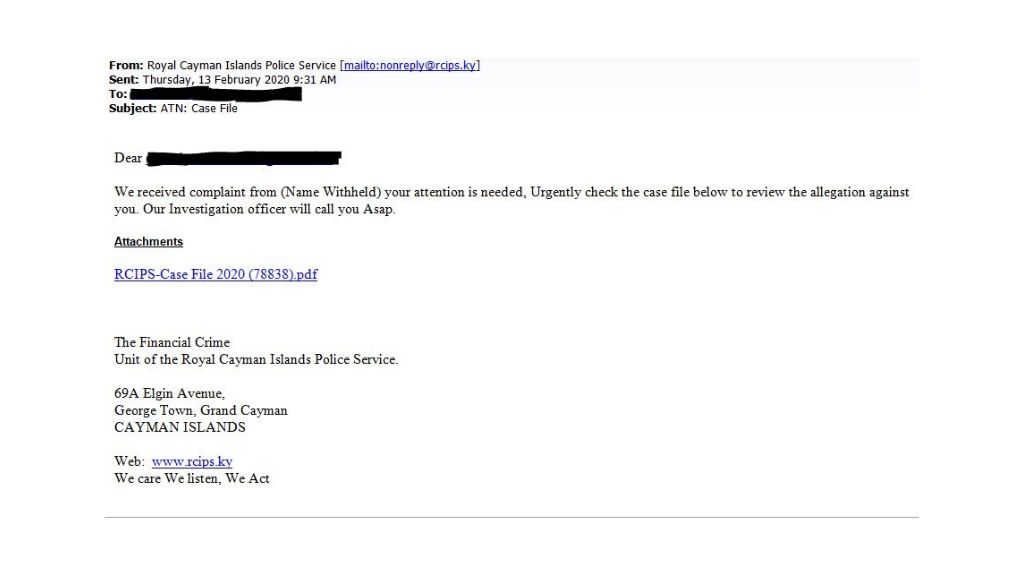 Members of the public are also reminded that domain names on email addresses can be spoofed. This means that even if an email appears to be sent from an address ending in “@rcips.ky” this does not necessarily mean that it actually comes from the RCIPS.

Generally, when contacting members of the public via email, RCIPS staff will sign their name and position at the bottom of the email. The RCIPS also does not distribute case files via email.

Other potential indications that an email is fraudulent (all present in this email) include:

If you have any suspicions about any correspondence purporting to be from the RCIPS, please contact the relevant RCIPS department for confirmation. A list of phone numbers for the various RCIPS departments can be found on our website at www.rcips.ky, towards the bottom of the page.

The RCIPS Financial Crime Investigation Unit can be contacted by phone at 949-8797.

A hoax message is being circulated via WhatsApp which claims that persons are posing as officials from the “Department of Home Affairs” in order to gain access to homes and commit robberies.

The RCIPS has received no reports of any such incidents. The same message was circulated via WhatsApp in October 2019, also with no confirmed reports, and confirmed to be a hoax that had originated internationally.

Members of the public are asked to remain calm and refrain from further circulating the fraudulent warning.

They are reminded that the RCIPS will promptly notify the public whenever recent crimes create the potential for concern or impact.

It should be noted that the Economics and Statistics Office (ESO) will be conducting a census from March 8. Field surveyors employed on this project carry multiple forms of identification from ESO and have no need to see the personal identification of persons whom they are interviewing.   Persons who have questions about the surveys may contact the ESO hotline at tel. 516-3329.

Anyone with concerns about the identity of someone who has approached their door should request identification and if needed contact their local police station. As always persons should contact 911 if they feel they are in immediate danger.

Cayman ranks 98 out of 200 countries for Corporate Bribery