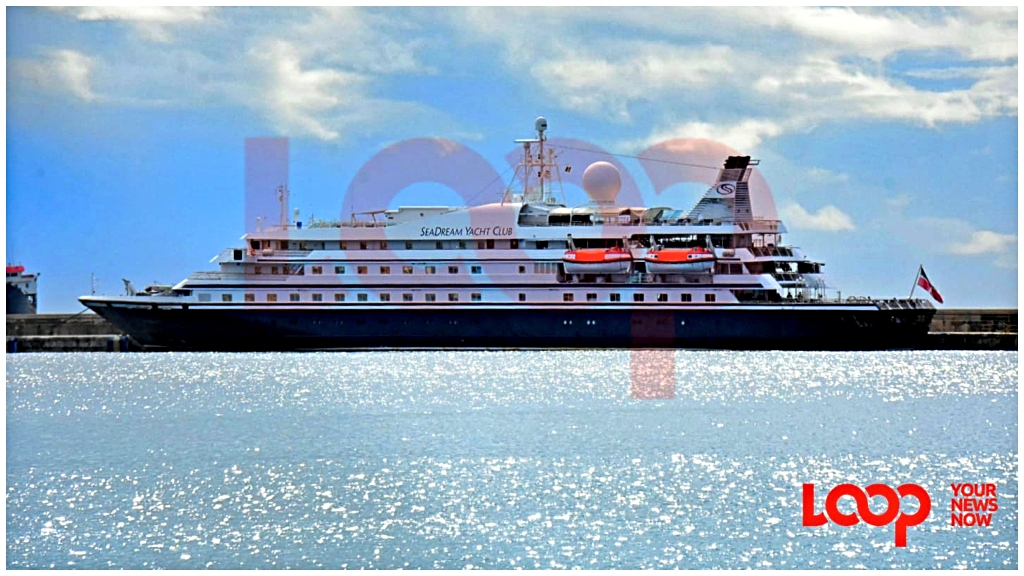 The SeaDream cruise ship, which departed Barbados on Saturday, has been forced to turn back to the island, after at least one passenger on board was confirmed of having COVID-19.

According to The Associated Press, the SeaDream is carrying 53 passengers and 66 crew, with the majority of passengers hailing from the US according to Sue Bryant, who is aboard the ship and is a cruise editor for The Times and The Sunday Times in Britain.

She told The Associated Press that one passenger became sick on Wednesday and forced the ship to turn back to Barbados, where it had departed from on Saturday. However, the ship had yet to dock in Barbados as local authorities tested those on board. The AP said neither SeaDream nor Barbados' government officials immediately returned messages for comment.

The incident marked the first time SeaDream had resumed its West Indies voyages since the pandemic, with the ship originally scheduled to return to Barbados on Saturday, according to an online itinerary. The ship had made several stops in St. Vincent and the Grenadines before turning back.

Bryant said passengers were required to have a negative PCR test to enter Barbados and underwent another test on the dock administered by the ship's doctor.

"We all felt very safe," she said, adding that the ship had been implementing strict hygiene protocols. "Yet somehow, COVID appears to have got on board."

Waters around the Caribbean have been largely bereft of cruise ships this year, with the US Centers for Disease Control and Prevention suspending cruise ship operations at US ports in mid-March.

The no-sail order expired on October 31.

"All guests and non-essential crew members are in quarantine in their staterooms in an abundance of caution. SeaDream is awaiting authorization from the Barbados government to disembark guests safely. SeaDream is following all protocols recommended by the health authorities."

This was announced by SeaDream by way of a press release.

Video caption: The Sea Dream I yacht is in the Bridgetown Port.

The statement explained that the yacht "SeaDream has paused its current Caribbean voyage and returned to Barbados after guests’ tests for COVID-19 returned assumptive positive results."

The initial test conducted was a rapid test onboard.

Based on that COVID-positive result, the SeaDream said that it "advised local health authorities and set in motion its COVID response protocols to protect guests and crew. The ship’s medical staff has tested all crew members and all tests have come back negative. SeaDream is currently re-testing all guests."

Noting that the Yacht Club was able to complete a successful summer session in Norway, in September it announced its plans to sail the Caribbean from November when the global no-sail order would have been lifted.

Stressing that it took numerous precautions to guard against this, SeaDream shared their procedure.

SeaDream's executive vice president Andreas Brynestad said: "We implemented even stricter health and safety protocols for our Barbados winter season. All guests were tested twice prior to embarkation and we are in the process of re-testing guests.

“We are working closely with local health and government authorities to resolve this situation in the best possible way. Our main priority is the health and safety of our crew, guests, and the communities we visit.”

According to the release, every crew member is certified having done the World Health Organisation's Infection Prevention and Control (IPC) for novel coronavirus course and COVID-19 Contact tracing course from Johns Hopkins University. SeaDream is familiar with responding rapidly thanks to the crew’s professionalism and preparedness. SeaDream operated successfully earlier this year in Norway, completing 21 voyages during the summer season as the first luxury line to resume sailing.

The yacht is currently birthed by the breakwater in the Bridgetown Port in Barbados.

Yachters, private aircraft allowed back to The Bahamas from Monday