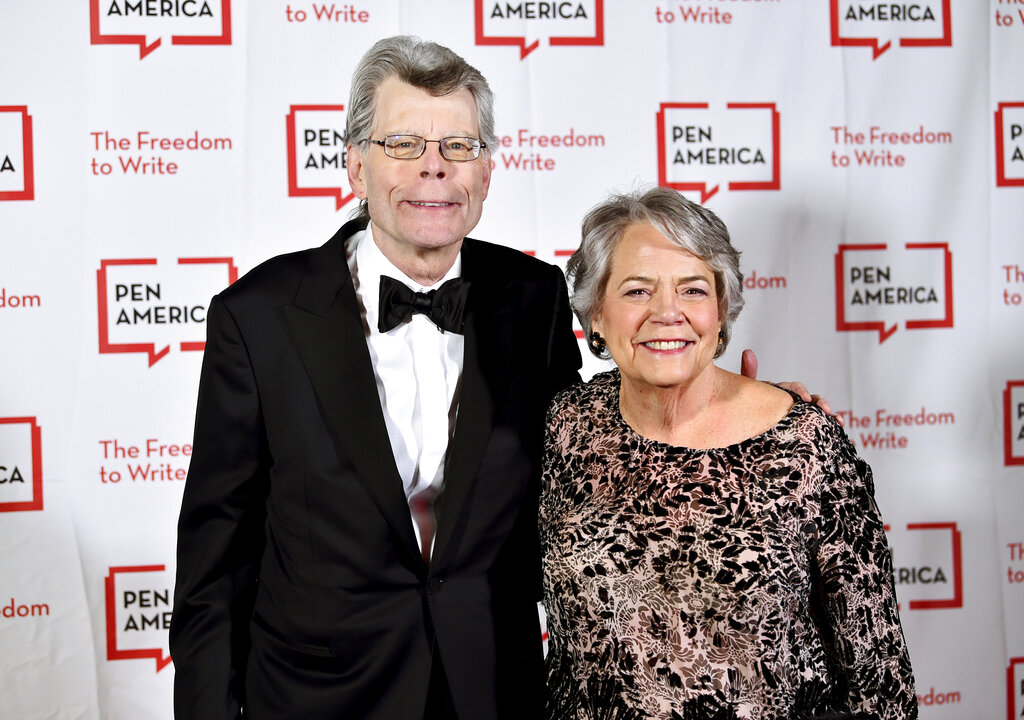 Simon & Schuster CEO Carolyn Reidy, who presided over her company with steady force and a passion for books during a time of frequent and traumatic change, died Tuesday morning at age 71.

Her death, from a heart attack, was announced by Dennis Eulau, the company’s chief operating officer and chief financial officer.

“Carolyn was both an exemplary leader and a supremely talented and visionary publishing executive,” Eulau said in a statement about Reidy, who joined Simon & Schuster in 1992 and had served as CEO since 2008. “As a publisher and a leader, Carolyn pushed us to stretch to do just that little bit more; to do our best and then some for our authors, in whose service she came to work each day with an unbridled and infectious enthusiasm and great humor.”

Simon & Schuster is one of the so-called “Big Five” New York-based publishers, with authors including Stephen King, Doris Kearns Goodwin and Bob Woodward, who in an email to The Associated Press called her “One of the great publishers and book people of all time” and praised her as “both tough and generous.” On Twitter, novelist Jennifer Weiner noted that she had worked with Reidy for her whole career.

“She was a trailblazer and a role model and a champion for me and so many other women,” Weiner wrote of Reidy, who at the time of her death was the only woman running one of the Big Five publishers. “Most of all, she was a smart and passionate reader.”

Reidy was known for her warm and candid manner, for sending handwritten letters to authors and for her alertness to the bottom line. She confronted many crises and upheavals at Simon & Schuster, whether the rise of e-books, the financial crash of 2008 that happened within months of her becoming CEO or the current coronavirus pandemic. Earlier this year, Viacom CBS CEO Bob Bakish said the publisher was up for sale, telling an investor conference, “Simon & Schuster is not a core asset. It’s not video-based."

In 2017, she was named the industry's Person of the Year by the trade publication Publisher Weekly, which cited her leadership “through the Great Recession, publishing’s digital disruption, and a slow-growth sales environment all while keeping Simon & Schuster a commercial and critical success.”

A native of Washington, DC who was raised in Silver Spring, Maryland, she was an undergraduate at Middlebury College, and received a master's degree and a doctorate in English from Indiana University. Reidy had worked in publishing for much of her adult life, starting in 1974 in the subsidiary rights division of Random House. Before coming to Simon & Schuster, she was president and publisher of Avon Books.

Reidy's death comes three months after the passing of one of Simon & Schuster's most celebrated editors, Alice Mayhew, and less than four months after the death of longtime Simon & Schuster author Mary Higgins Clark. Reidy is survived by her husband, Stephen K. Reidy; siblings David Kroll, Kathleen Todd and Ruth Tolles, and many nieces, nephews, grandnieces, and grandnephews.

In a statement Tuesday, Stephen King remembered meeting with Reidy in 2009. E-books were just taking off and retailers were responding by slashing the price of hardcover releases, including King's latest novel at the time, “Under the Dome.”

"All at once a book that listed at $35 was selling for ten bucks, less than the price of a trade paperback. Carolyn invited me into her office, gave me tea, and explained, very patiently, what was going on, what it had to do with e-books, and gave me a very prescient overview of where the book business was going," King said.

“She was clear and concise. She was also sure that the Kindle and other devices did not mean the death of books as we knew them, and she was right. She was right about a lot of things, and guided the company through some extremely stormy waters. She will be missed.”