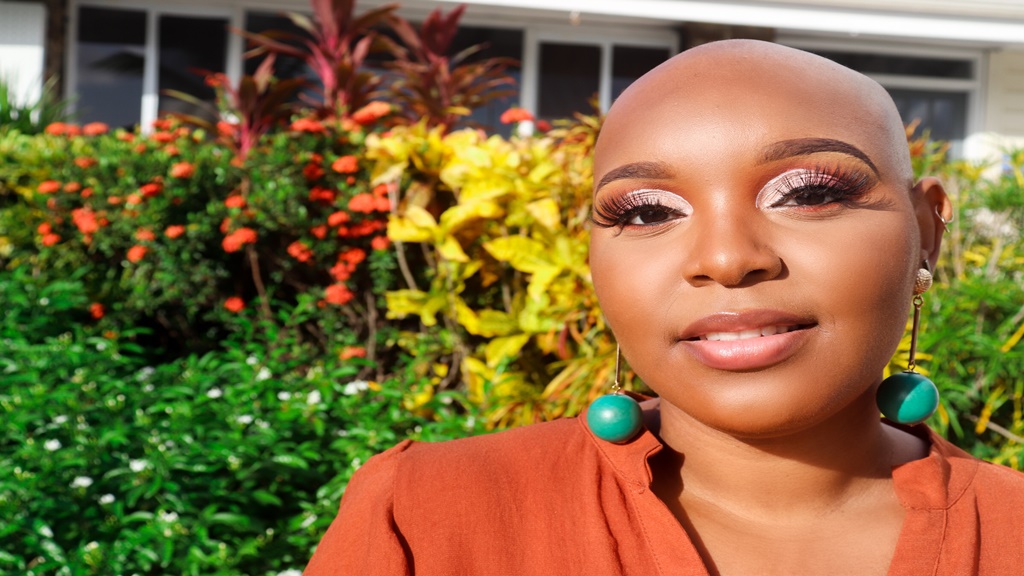 Every year in October, the world celebrates Breast Cancer Awareness Month, which primarily helps to increase attention and support for the awareness, early detection and treatment as well as palliative care of this disease.

In light of this, I would like to shine the spotlight on a very brave, strong and extremely optimistic young singer named Shanne James who recently got diagnosed with Stage IV breast cancer earlier this year.

The multifaceted vocalist started singing at the age of seven when she joined the choir which her aunt was directing. From then, she fed her love for singing, performing at the Miss Saint Lucia World Pageant 2012, the Saint Lucia Jazz and Arts Festival in 2014, 2015 and 2017, La Fete de la Musique in 2017 and in that same year collaborated with Kiedel Sonny on a cover of Teddyson John’s ‘Allez’. In 2019, she released her first single ‘Underqualified’ which was a slow, sensual jam showcasing her incredible vocals and passion for the art.

Prior to her diagnosis, a few years ago, Shanne discovered a few benign (non-cancerous) tumors in her breasts and had undergone two surgeries to have them removed. However, when the tumors (called Phyllodes tumors which are rare tumors that start in the connective (stromal) tissue of the breast) returned, Shanne underwent a mastectomy in March and got diagnosed with breast cancer in April 2020. Because there is little research on phyllodes tumors, doctors aren’t certain what causes it or how to prevent it. However, most phyllodes are benign and 1 in 10 are cancerous.

“In the moment I wasn’t alarmed having gone through all of these surgeries. In a sense I was kind of prepared for that. Nobody is really 100 percent prepared to hear those words. Of course, the doctors never directly said ‘you have cancer’. I think confusion is how I felt at the time. I wasn’t scared, I was confused.”

Immediately proceeding her diagnosis, Shanne had a CT scan done and learned that the cancer had spread to her right lung, automatically putting her at Stage IV. When someone has Stage IV cancer, it means that the cancer has spread to other parts of the body which is also called advanced or metastatic cancer.

“I know most times people hear Stage IV and think ‘oh my gosh you’re going to die’ that’s not necessarily the case. It’s just the fact that it spread put me at a Stage IV.”

She started chemotherapy in July, and embarked on a lifechanging journey which not only affected her, but her close friends and family.

“No one wants to know that their sibling or family has cancer. The approach I took was to be very informative, but relay the message in a way that they understand its ok, it’s not the end of the world. I explained what Stage IV means to them and I think that really helped them understand ‘ok she is not going to die tomorrow’.”

Although life has been a bit challenging, Shanne has embraced her new normal and has kept a very positive attitude. She made enormous dietary changes, including cutting out sugars and carbs which feed cancer cells, and went on a completely vegan diet. In addition, she says that she has to be conscious of where she goes since the chemotherapy has made her immune system very vulnerable. She stresses on proper hygiene and with COVID-19, takes extremely protective measures when venturing out.

The bubbly vocalist advises anyone battling cancer to do as much research as possible.

“Try to keep a positive attitude. Do a lot of research. In this case ignorance is not bliss. Doing a lot of research helped me to better understand my situation and put me in a better position to help my family understand and have a better outlook on my situation in general. It’s important to remember that it’s ok to accept help from others and to love yourself because chemotherapy amplifies the worst feeling you have towards yourself.”