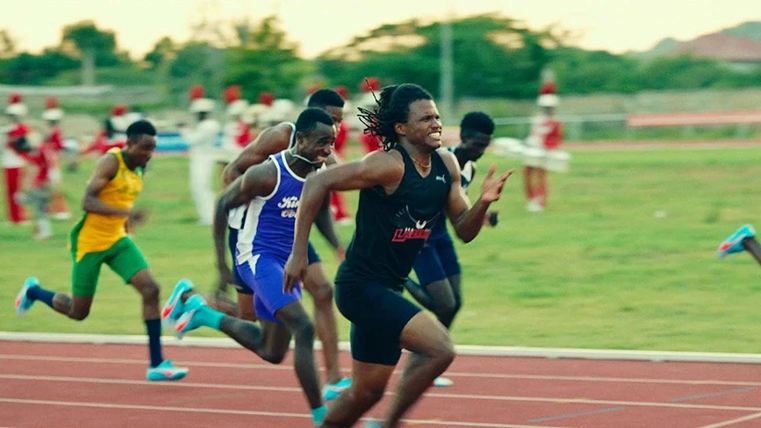 With Sprinter, Jamaican Director Storm Saulter has sealed his place as one of the region’s top filmmakers.

The coming of age story, while rooted in Jamaica and centred around athletics, which, thanks to Usain Bolt, Shelly-Ann Fraser-Pryce and other top runners, has made the Caribbean island a sporting powerhouse, is chock full of themes many people could relate to.

The movie, which recently won three top awards at the 2018 American Black Film Festival, touches on the importance of family, Caribbean masculinity, the impact of immigration on families, sacrifice and crime.

Speaking to a rapt audience at the lone screening on Saturday night during the Trinidad and Tobago Film Festival, producer Robert Maylor said they wanted to make a love letter to Jamaica, a movie that shied away from stereotypes of the island.

Sprinter tells the story of Akeem Sharp, played by Instagram comedian Dave Elliott, a teenage sprinting Phenom who struggles to find himself as he grapples with growing up in the absence of his mother (Lorraine Toussaint) who migrated to the US to help the family live a better life, an alcoholic father, and a brother disenchanted with the abrupt end of his own sprinting career and has turned to crime as way to make a living.

Elliott, a former sprinter, certainly looks the part but the true depth of his conflict was only felt when he came to face with his mother for the first time in 10 years.

Saulter (Better Mus Come) revealed that the storyline was a personal one for Elliott who grew up without his father and mother. The actor actually reunited with his dad when the movie screened in the United States.

The stand out actor in the movie was Shantol Jackson, a rising star in the Jamaican film industry. Jackson also scored a role in Idris Elba’s Yardie when he shot portions of the movie in Jamaica.

Jackson, acting as Kerry Hall, was the no-nonsense voice in Akeem’s ear, a runner with clear eyes on the goal who was following her dreams without her family. She is the juxtaposition to Akeem, another example of how some people choose winning as a coping method to their personal situations.

Despite the heavy and at times emotional pull of the show, Sprinter had some comedic moments. Akeem having sex with a girl through a ‘grill’ elicited loud howls from the audience as did another sex scene when he walked in on his brother in mid-thrust.

There were also howls when Bolt appeared on screen. Though Saulter said he was inspired largely by Spike Lee’s movies, there is no doubt Bolt’s success influenced the movie.

Of course, no piece about a Jamaican movie would be complete without a mention of the soundtrack. The movie was fuelled largely by music of Jamaican artists such as Alkaline’s Champion Boy and music from Kabaka Pyramid, Chichingching and Demarco. There was also exclusive, yet-to-be-released music from Neyo and Shenseea.

Sprinter was executive produced by Will Smith and Jada Pinkett Smith through their Overbrook Entertainment Production Company and NBA veteran Richard Jefferson.