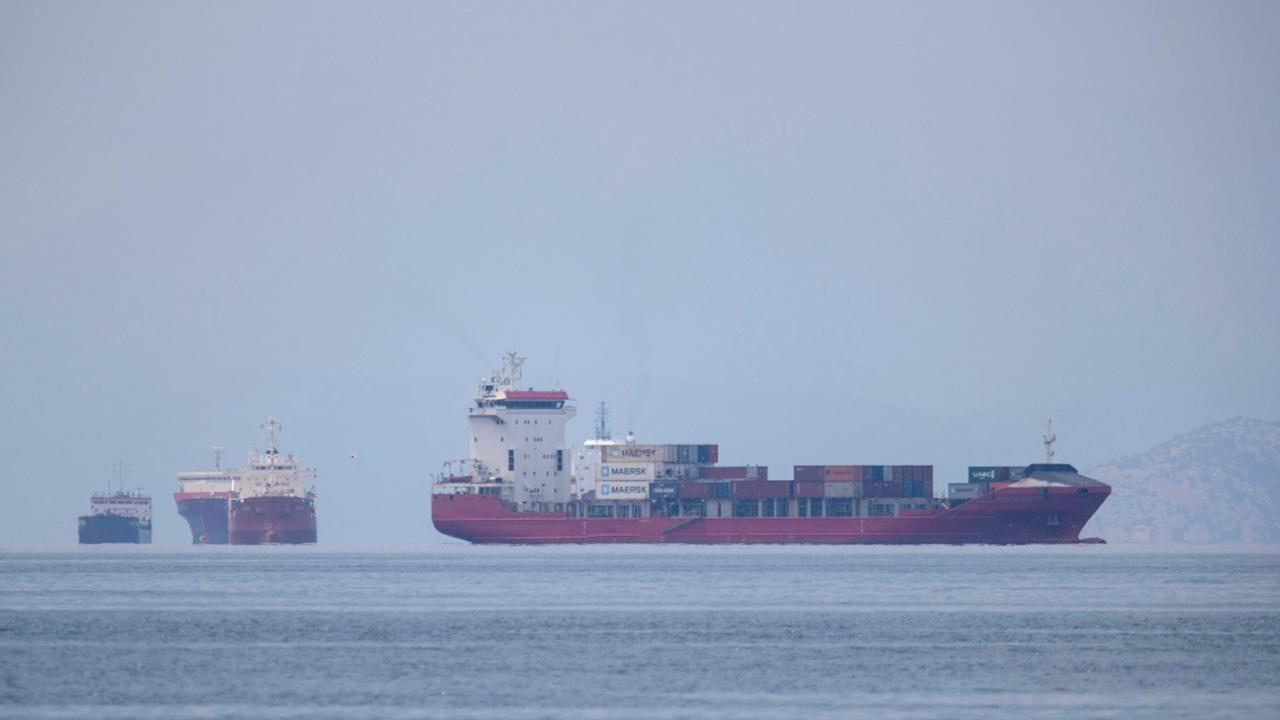 A cargo ship approaches the port of Piraeus as other ships are anchored, near Athens, Greece in this May 26, 2020 file photo. (AP Photo/Petros Giannakouris, File)

The United Nations is facing yet another problem posed by the COVID-19 pandemic.

How to help more than 300,000 merchant mariners who are trapped at sea because of coronavirus restrictions?

Describing the mounting desperation of seafarers who have been afloat for a year or more, Captain Hedi Marzougui pleaded their case Thursday at a meeting with shipping executives and government officials on the sidelines of this week's UN General Assembly.

As the pandemic washed over the world and made shipping crews unwelcome in many ports, he said, “We received very limited information, and it became increasingly difficult to get vital supplies and technical support. Nations changed regulations on a daily, if not hourly, basis.”

Several months later, many borders remain closed and flights are rare, complicating efforts to bring in replacement crews for those stuck at sea and forcing their employers to keep extending their contracts.

Merchant ship crews are used to long stretches away from home, but as virus infections and restrictions spread early this year, anxiety mounted along with the uncertainty, Marzougui said.

“Not knowing when or if we would be returning home put a severe mental strain on my crew and me," he said. "We felt like second-class citizens with no input or control over our lives."

The Tunisian-born captain spent an extra three months at sea and finally made it home to his family in Florida in late May. But more than 300,000 mariners are still stranded, waiting for replacement crews; about as many are waiting on shore, trying to get back to work.

Maritime officials from Panama, the Philippines, Canada, France and Kenya defended steps they have taken individually to allow safe crew changes or otherwise ease the crisis.

But officials lamented a lack of international coordination among nations and shipping companies, calling for new rules to protect countries from the virus while respecting the rights of stranded crews.

No figures were released for how many merchant mariners have contracted the virus, but Guy Platten of the International Chamber of Shipping said the virus risk is “relatively low" because shipping companies have strict protection measures and “have no wish whatsoever to bring infections on our ships.”

He blamed “red tape and bureaucracy" for crew change delays and said border guards and local port officials in some countries are being overzealous in blocking them from coming ashore. One way goods are still able to get ashore despite restrictions is by dockworkers fetching them from the ships.

France proposed compiling a global UN list of ports that can be secured to accommodate crew changes. Kenya called for sharing costs globally for a rapid testing plan for major ports.

Crews often work 12-hour shifts with no weekends, and Marzougui warned that extending stints without a break risks physical and mental strain — potentially putting ships and oceans in danger.

The captain compared it to telling a marathon runner at the end of the race that they had to “do it again, right away, with no rest.”