Teddy bears down on Canada 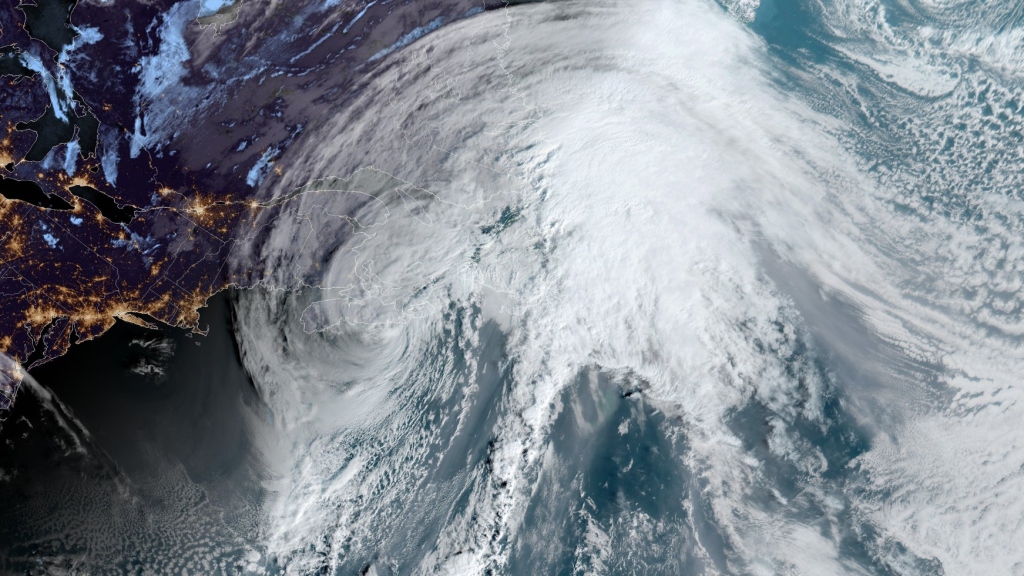 In its 8am forecast, the US National Hurricane Centre (NHC) said a dangerous storm surge is expected to produce significant coastal flooding near and to the east of where Teddy’s centre of circulation makes landfall in Nova Scotia.

“Near the coast, the surge will be accompanied by very large and destructive waves. Through Thursday, Teddy is expected to produce rainfall accumulations of two to four inches (50 to 100 mm) with isolated totals of six inches (150 mm) across sections of Atlantic Canada,” NHC added.

A Tropical Storm Warning is in effect for:

Tropical storm conditions are occurring in the Nova Scotia warning area and are expected to begin in the Newfoundland warning area this afternoon.

A Tropical Storm Watch is in effect for:

Tropical storm conditions could begin in the watch areas later this morning. 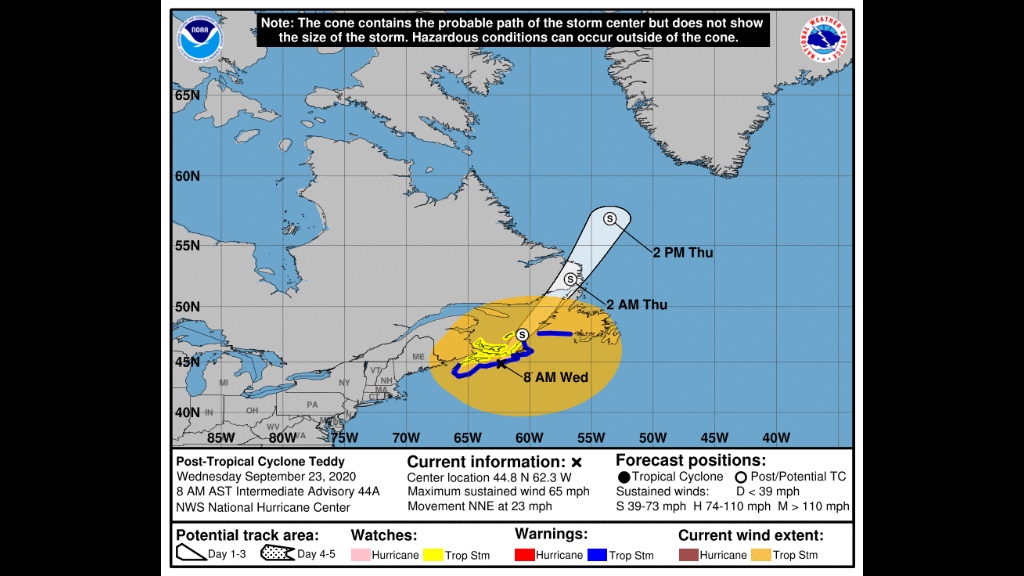 At 8am AST, the centre of Post-Tropical Cyclone Teddy was located about 65 miles (105 km) east-northeast of Halifax, Nova Scotia, and about 245 miles (390 km) southwest of Port Aux Basques, Newfoundland.

On the forecast track, the centre will move over eastern Nova Scotia soon, and then near or over Newfoundland by tonight, and be east of Labrador on Thursday.

Teddy has maximum sustained winds that are near 65 mph (100 km/h) with higher gusts.

Tropical-storm-force winds extend outward up to 520 miles (835 km) from the centre.

The NHC has forecast Teddy to weaken during the next day or so, but it should remain a strong post-tropical cyclone while passing over Nova Scotia and near Newfoundland.