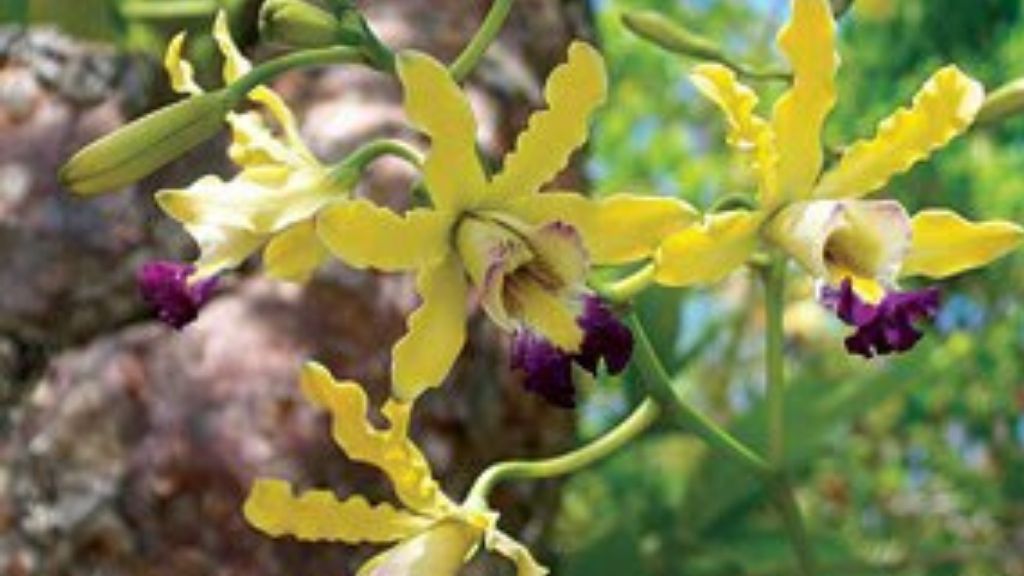 The National flower of the Cayman Islands, the Wild Banana Orchid (Myrmecophila thomsoniana) is one of many indigenous plant species on our island but it is certainly the most unique and recognizable.

Here are ten things you might not have known about our national flower:

1. It is found only in the Cayman Islands.

2. It blooms on all three islands in April and May.

3. The flower in Grand Cayman looks different than that in the sister islands. The flower on Grand Cayman has white blossoms and purple lips (var. thomsoniana), whereas those on Little Cayman and Cayman Brac are yellow in colour (var. minor).

4. It is one of the 26 varieties of orchids that are native to Cayman.

5. It is an epiphyte, meaning that it grows on another plant but it is not parasitic, in that it does not harm its host.

6. The banana orchid is endangered. According to the IUCN red list, the flower is threatened by accelerating habitat loss to accommodate housing and tourism development.

7. These flowers are called banana orchid because of their long banana-like bulbs that turn yellow in the sunshine.

8. They are very hardy and can withstand temperatures from 33F to 100+F with very little water and grow in dry forests and shrublands.

9. According to the Department of the Environment, "Banana Orchids have, in the past, been threatened by commercial collections for international trade. This was particularly the case on Cayman Brac." They are now protected by the National Conservation Law.

10. If you love the scent of the flower, you can get it in a bottle! Ted Green fragrances located at shop #9 Central Plaza sells two fragrances inspired by the scent of our national flower.