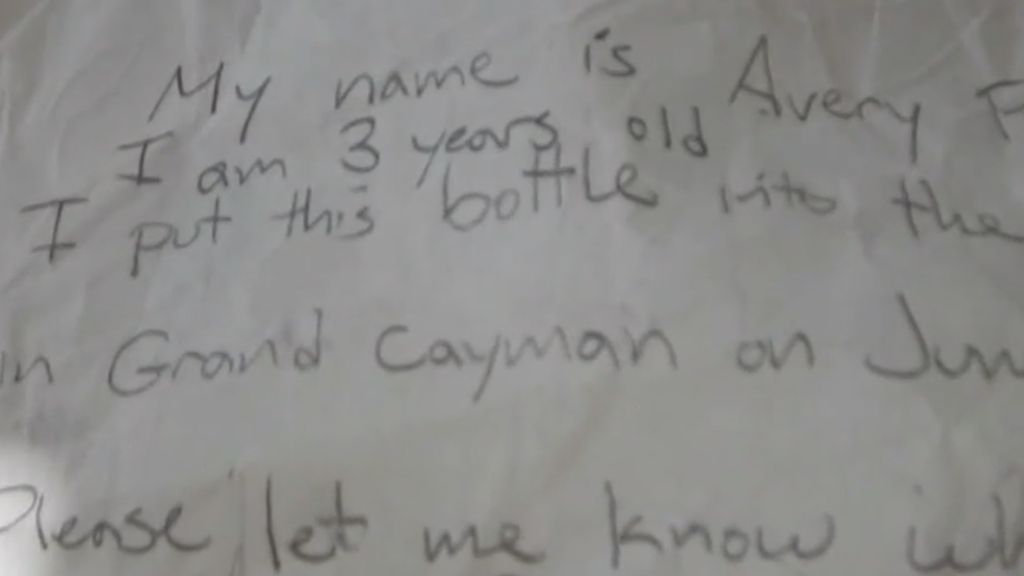 A message in a bottle that set to sea in 2015 has been recovered in Kingsville, Texas.

In an article that originally appeared in kiiitv.com, it was reported that a gentleman by the name of David Hoffmann found a mysterious bottle floating off Bob Hall Pier, in his hometown of Kleberg County in Southern Texas.

The bottle was well sealed and the note inside had not sustained any damage after floating in the ocean for five years.

Mr Hoffman uncorked the bottle, and remove the note, which read as follows:

"My name is Avery Posner. I am three years old. I put this in the ocean in Grand Cayman in 2015. Please, let me know when and where you find my bottle."

Given the handwriting, the letter had obviously been written by the child's parent or an older caregiver.

David has unsuccessfully tried to locate Avery Posner, but there was no return address. He has even called the Cayman Islands tourism office and scoured Facebook.

David has been unable to find the author, but maybe we in Cayman can help.

Does anyone know of an 8-year old named Avery Posner who was in Cayman in 2015?

Five reasons why Cayman is the best place to raise kids

Voice of a child: Quarantine is no match for me