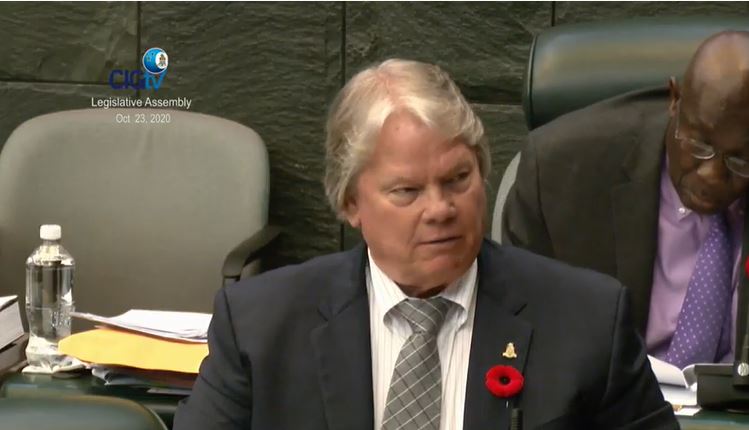 Deputy Premier and Tourism Minister Hon. Moses Kirkconnell has announced that the $1,000 tourism stipend issued to beneficiaries has now been extended further for another three months, October to December 2020.

This was announced in the Legislative Assembly on Friday, October 23 2020.

As per this announcement, a further three-month extension for the tourism stipend payments of $1,000 a month will be provided to over 2,600 individuals.

The payments are expected to be released Wednesday, October 28 2020.

Minister Kirkconnell said, “With support from Caucus and Cabinet, the tourism stipend programme was subsequently extended for a further three months from July to September.” The Government has now “taken the decision to further extend the tourism stipend from October to December 2020. In order to action those payments, the Ministry requires supplementary funding to be approved in Finance Committee,” he said with respect to the new vote for supplementary funding in the amount of $9M to take the programme through to the end of the year.

He added, “I am very grateful to my Government colleagues for their agreement in allowing my Ministry to be considered first on Monday. Once approval has been granted, I can assure this Honourable House that we will do everything possible to process the payments and release the stipends on Wednesday of next week.

“While we are mindful of the needs of those who are reliant on these funds as a source of income, and we regret the delay in effecting the payments, we also have a duty to ensure that the Ministry remains in compliance with the Law.”

During the early days of the coronavirus pandemic, the Ministry of Tourism funded stipends of $600 to approximately 767 individuals that had lost their livelihoods during the sudden stop of the tourism sector.

Following this initial payment, the Ministry of Tourism encouraged Caymanians who worked in the tourism sector and had no other means of income, to register to receive a stipend of $1,000 per month for a period of three months. A total of 2626 individuals were verified to receive this payment. The stipend was later extended for a further three months from July to September.

"It is fair to say that my goal between now and the first quarter of 2021 is to protect the people and businesses that service the industry, till tourism can safely resume and is in a position to stand on its own," said the Minister.

"The tourism industry typically contributes 25-30% to the country’s GDP so the impact from its sudden unexpected demise cannot be understated. But with that said, I am incredibly proud of the fact that years of strong economic performance and prudent financial management by this government, has enabled the Government to step in and provide assistance where it is needed most."