Trump resists national virus shutdown, leaving it up to states 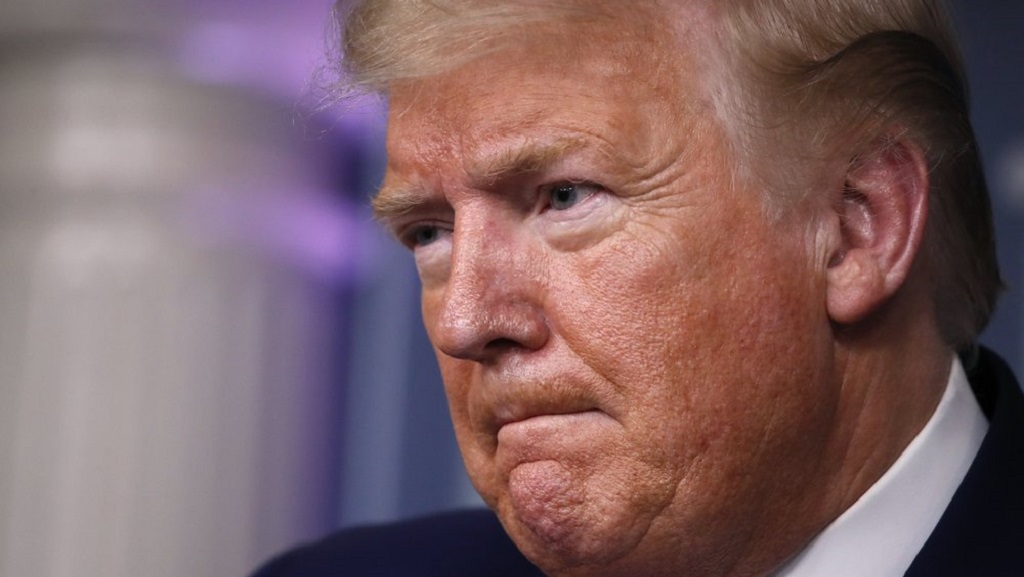 President Donald Trump is resisting calls to issue a national stay-at-home order to stem the spread of the new coronavirus despite his administration's projections that tens of thousands of Americans are likely to be killed by the disease. One by one, though, states are increasingly pushing shutdown orders of their own.

Trump said Wednesday he wants to give governors' "flexibility" on whether a stay-at-home policy is the best option for their constituents but acknowledged that he's looking at limiting air and rail travel between hot spots within the United States.

The Republican president remains hesitant to press a unified policy even after the White House released "sobering" new projections on Tuesday that 100,000 to 240,000 Americans will likely succumb to the coronavirus even if current social distancing guidelines are maintained.

Surgeon General Jerome Adams said Wednesday the nation's federalist system leaves much of the authority on how to properly respond to catastrophes to state governors and local officials.

"We trust the governors and the mayors to understand their people and understand whether or not they feel like they can trust the people in their states to make the right decisions," Adams said on ABC's "Good Morning America."

But the invocation of federalism in the midst of a crisis that threatens a nationwide body count on par with some of the deadliest American wars suggests that Trump and his advisers are cognizant of the political ramifications of their response.

Republican governors in states like Florida, Texas and Nebraska have questioned the necessity of applying strong social distancing rules to rural or exurban areas that haven't reported much evidence of the virus.

The lack of a unified, 50-state response also collides with evidence emerging that coronavirus infections are being spread by people who have no clear symptoms, complicating efforts to gain control of the pandemic.

A study conducted by researchers in Singapore and published by the US Centers for Disease Control and Prevention on Wednesday is the latest to estimate that around 10% of new coronavirus infections may be spread by people who were infected with the virus but not experiencing symptoms.

Even while deferring to governors. the Trump administration has issued guidelines that have urged Americans to work from home if possible, cancel on-site instruction at schools and avoid large gatherings.

The resistance to a more robust response comes even as Vice President Mike Pence said White House models for the coronavirus toll show the country on a trajectory akin to hard-hit Italy.

Speaking to CNN, Pence said, "We think Italy may be the most comparable area to the United States at this point." Italy, which has already recorded more than 13,000 deaths, has issued a nationwide quarantine, shutting down almost all industrial production and offices and largely prohibiting residents from leaving their homes.

The US has recorded more than 5,000 deaths, according to figures compiled by Johns Hopkins University.

The White House's best-case projection for loss of life assumes statewide stay-at-home orders, according to a senior administration official familiar with Trump's thinking. Trump, the official said, is a believer in federalism and that it is up to governors to set restrictions for their states. The official spoke on the condition of anonymity to discuss internal discussions.

More than 285 million people live in the 40 states where governors have declared statewide shelter-in-place orders or have recommended that residents stay home.

In other states — places like Iowa and Nebraska, among others — governors have resisted state-level decisions, but some localities have declared residents should stay at home.

According to a poll published Wednesday by The Associated Press-NORC Center for Public Affairs Research, 78% of US adults, including 84% of Democrats and 76% of Republicans, favour requiring Americans to stay in their homes except for essential errands. Americans in states that already had stay-at-home orders in place when the survey began are more likely than those in states that did not to approve of their state's response, 63% to 51%.

Still, Trump — who has conducted long, near-daily briefings on his administration's response to the virus outbreak over the last three weeks — has been reluctant to use his bully pulpit to urge governors to issue orders that would help effectively create a national quarantine.

But there are signs that Trump administration officials are pushing behind the scenes for holdout governors to issue statewide quarantines.

Florida Governor Ron DeSantis had resisted issuing a statewide order but reversed course and issued one Wednesday as federal and local pressure mounted for him to abandon the county-by-county approach he had implemented.

DeSantis, a Republican, told reporters that he decided to issue the order after consulting with Trump and White House advisers.

Representative Donna Shalala, a Florida Democrat, said earlier Wednesday that Trump should be pressing governors for a unified approach to help stem the spread of the disease, calling his response so far "fragmented, weak and uneven."

"He hasn't made a national plea to say we're all in this together, and he hasn't even talked to the governors about all doing the same thing," Shalala, who was secretary of health and human services under President Bill Clinton, said in an interview.

Authority to order quarantines inside states rests almost entirely with states under provisions in the US Constitution ceding power not explicitly delegated to the federal government to states, courts have ruled consistently for years.

While the federal government itself can't order nationwide quarantines or impose quarantines on states, courts have said it has clear power under constitutional clauses regulating commerce to quarantine international travellers or those traveling state to state who might be carriers of deadly diseases.

A few legal scholars have argued that the Constitution's Commerce Clause may vest Trump with powers to impose a multiple state or national lockdown with or without states' approval, though any such move under that minority interpretation would almost certainly be challenged immediately as unconstitutional.

Pence told CNN that leaders and residents of states that haven't been hard hit are already taking action to slow the virus' spread.

In Nebraska, Republican Governor Pete Ricketts has said he's basing his decisions on the advice he gets from public health experts at the University of Nebraska Medical Centre, which has dealt extensively with outbreaks and served as a quarantine space for Ebola patients. In Iowa, Republican Governor Kim Reynolds has resisted a mandatory shelter-in- place order, saying the data she looks at doesn't yet justify it in her state.

South Dakota Governor Kristi Noem, another Republican, said her voluntary guidance had helped slow the infection rate. "The calls to apply a one-size-fits-all approach is herd mentality, it's not leadership," she said.

Ricketts, a vocal Trump supporter, has repeatedly said he won't impose a stay-at-home order in Nebraska but has ordered restaurants either to close their dining areas or allow no more than 10 people inside at once, depending on their location in the state.

In Texas, Republican Governor Greg Abbott has ordered schools to stay closed through at least May and imposed restrictions that doctors and even his critics say are tantamount to a stay-at-home order for the state. Still, Abbott refused to call it that.