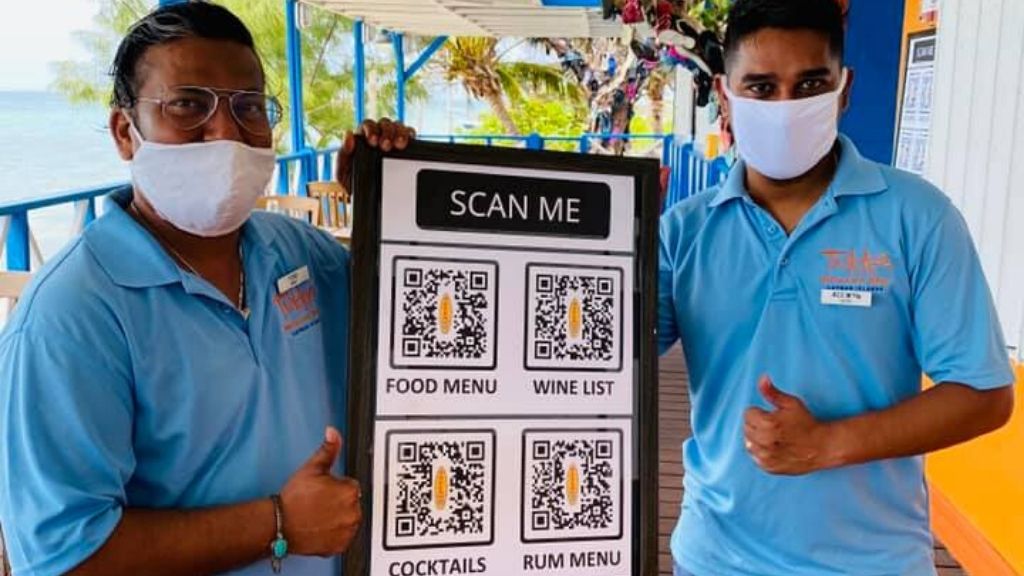 With restaurants opening to patio and outdoor service as of Sunday, the Cayman Islands government has mandated the use of disposable paper menus as an added sanitary measure to avoid the transfer of COVID-19.

This has been voiced as a major concern for some environmentally-minded dining establishments who would rather avoid the excessive waste of single-use paper menus.

One of the solutions that has been implemented by at least two restaurants on-island, has been the use of scannable QR codes.

"As soon as we heard the recommendations from the Government 'paper menus only,' I knew we had to find another solution," said Lana Hargrave, owner of Tukka Restaurant in Gun Bay.

"I could not print off thousands of paper one-time-use menus to just fill the landfill with!" Instead, the restaurant has a board with QR codes for guests to scan with their phones.

"One of our servers recommended the QR code and researched it for us and found it to be very easy and free!" said Hargrave.

Another restaurant that has begun to use QR code menus is Macabuca in West Bay. Servers at Macabuca wear the QR codes around their necks for guests to scan, and there are also QR code menus at the entrance of the restaurant.

"We have printed a small number of paper menus but we are trying to limit their use," said Paul Wammer, Manager at Macabuca. "We try to be as environmentally responsible as possible, especially given our ocean-front location. To this end, most 'plastics' that we use, such as cups and sauce containers are actually made of corn and we use avocado pit straws."

Tukka also tries to be as environmentally conscious as possible. "We were the first ones to start the paper straws years ago and we have been recycling with JUNK for over 6 years in addition to working with Plastic Free Cayman to learn more as well as educate other businesses," says Hargrave. 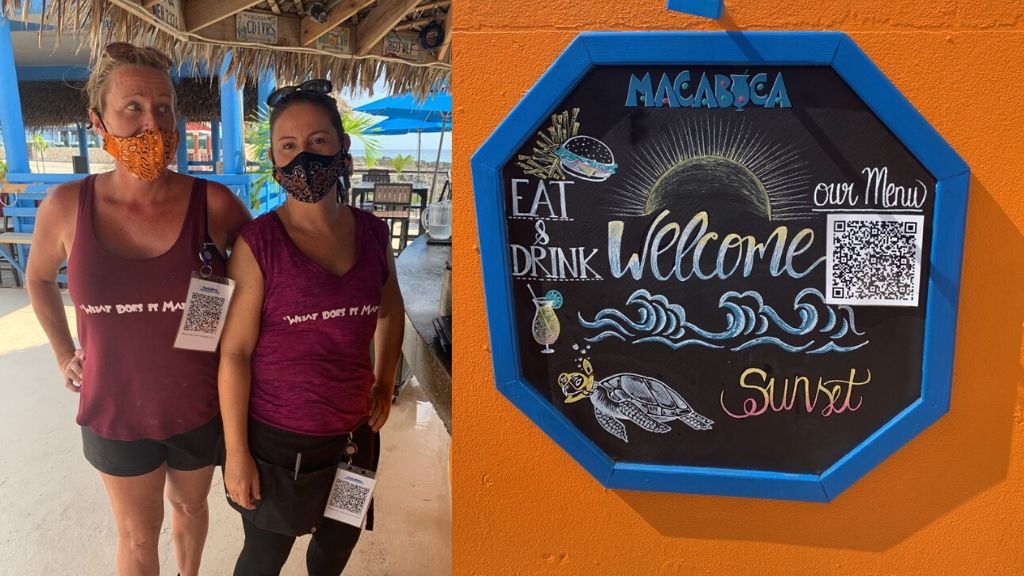 Ms Hargrave has suggested that as an alternative to paper menus, restaurants could use laminated menus that can be sanitized after each use.

"We have bought the sanitizer made by Cayman Spirit company and we are diligently using it on each table and chair after guests leave. The same can be done with laminated menus. We hope that this change will be enforced soon in order to save the garbage and the hassle for restaurants."

But in the interim, these restaurants are leading the way with a free and environmentally responsible solution in the face of COVID-19.

"QR is the way of the future. The cost of printing and the environmental waste of menus is crazy," said Wammer.

'Plant-based weekends' restaurant of the week is Cayman Cabana

We can dine out again! Restaurants open to outdoor diners