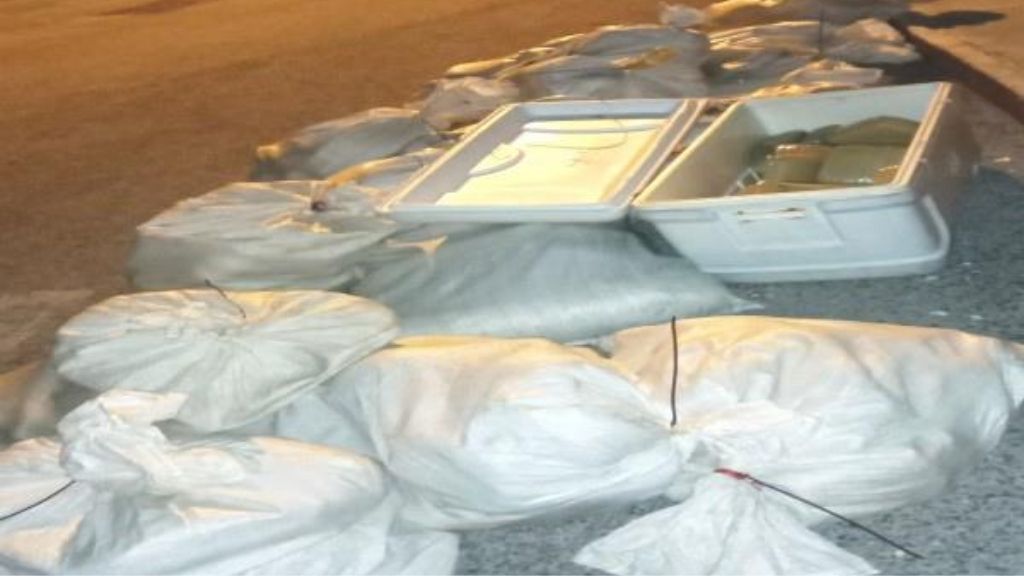 The packages that were seized

Two men were arrested and charged in relation to drug importation after the seizure of 950 lbs of ganja by the RCIPS on Saturday.

At around 10 pm on Saturday August 1, police had cause to stop a vehicle that was travelling with a trailered vessel attached. The vessel appeared to have recently been retrieved from a launching ramp on North Church Street in George Town.

Using emergency lights and siren, officers attempted to stop the vehicle, which eventually came to a stop at a residence in the Rockhole area.

A search was conducted of the vehicle and the attached vessel and a large quantity of packages believed to contain ganja were found on board. The packages weigh approximately 950 lbs.

A 38-year-old-man of George Town and 40-year-old-man of Bodden Town were arrested on suspicion of drug related offenses as a result of the officers’ findings. Both men have since been charged with Being Concerned in the Importation of Ganja and Possession of Ganja with the Intent to Supply.

Police recover 56 pounds of ganja floating in the ocean