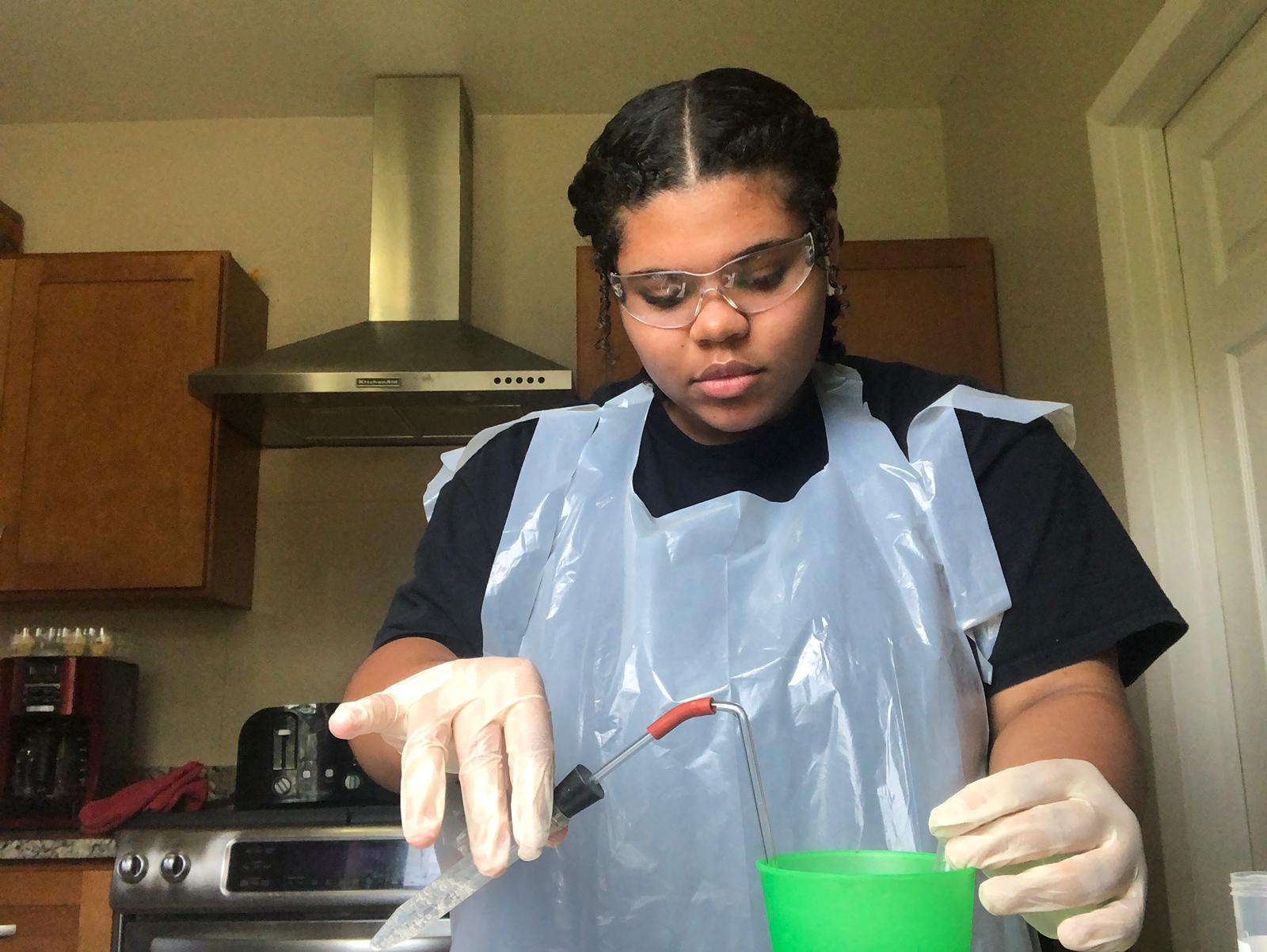 Antoinette Gayle has created something in the lab she didn’t think was possible.

“If someone said to me in January, ‘Can we do chemistry and physics with distance learning?’ I would have said no,” said Gayle, an assistant professor in science at the University College of the Cayman Islands.

But in March, when Cayman schools closed due to the coronavirus, Gayle, along with other instructors, was faced with the challenge of shifting her courses online.

She and her colleague, senior lecturer Richard McLeod, managed to cobble together a package of at-home experiments, computer simulations and demonstrations that have allowed UCCI science students to get the experience they need to understand and apply the concepts necessary for completing their coursework in chemistry.

Gayle said she and McLeod began looking at what was possible immediately after the end of the spring semester. Their first thought was to use distance-learning kits that were available through their regular lab supplier. But there was a problem. “We couldn’t get them quickly enough,” Gayle said, referring to the start of summer semester. “So, we decided to do our own.”

Over a two-week period, they worked up a series of experiments and then distributed materials to the students. All of the compounds involved were, by design, common household chemicals, Gayle said. Neither instructor wanted to worry about any problems with any possible caustic chemicals in their students’ homes.

Not surprisingly, the experiments were rather simple, such as the age-old combination of baking soda and vinegar, the same materials that have created volcanic eruptions at pretty much every science fair ever held. But instead of paper mache Mt. Etnas, students created the reaction in a test tube, connected by a thin collection tube to another test tube. They were able to time the duration of the reaction -- an example of a kinetic reaction -- and measure the amount of gas produced.

Other experiments included making silly putty out of white glue and borax, and learning about ionic charges by rubbing a balloon against their heads and watching the effect the charged balloon had on a stream of water. Some students also took selfies showing their hair standing on end.

“They didn’t have to, but I told them if they wanted to, they could,” Gayle said with a laugh.

In addition to the “hands-on” at-home experiments, McLeod presented two labs, where students watched him demonstrate a chemical process. Other labs were simulations, where students were able to use virtual laboratory equipment.

Gayle demonstrated one such lab where students had to prepare a specific concentration of a chemical compound, place a sample in a cuvette and then place the cuvette into a spectrophotometer. Just as they would in working with real equipment, the students have to learn the process and correctly execute each step.

“Now, I can’t use this reading,” she said, purposely making a mistake noting the display on the spectrophotometer, “because I have not zeroed out the machine. So, I would have to start over. So, it’s everything they would have in a lab situation.”

So much so, that she is looking at the possibility of continuing to use this type of instruction.

“I’m excited about the future,” Gayle said. “This is something we could potentially use for Brac students. They can complete the course in the Brac without having to move here.”

Ideally, however, she would rather do the work in the real world.

“One of the disadvantages is the students don’t work in groups,” she said of the online labs. “You don’t get to have the interaction and discussion while you’re doing the activity.”

Her students feel the same way, she said.

“A lot of my students said they wouldn’t mind doing hybrid classes,” Gayle said, as she speculated about the format of her programme this fall, “but they want to be on campus for the labs.”

If that’s not possible, they will still get what they need.

“One thing I’ve learned,” she said, “is that our students are very flexible and very resilient.”