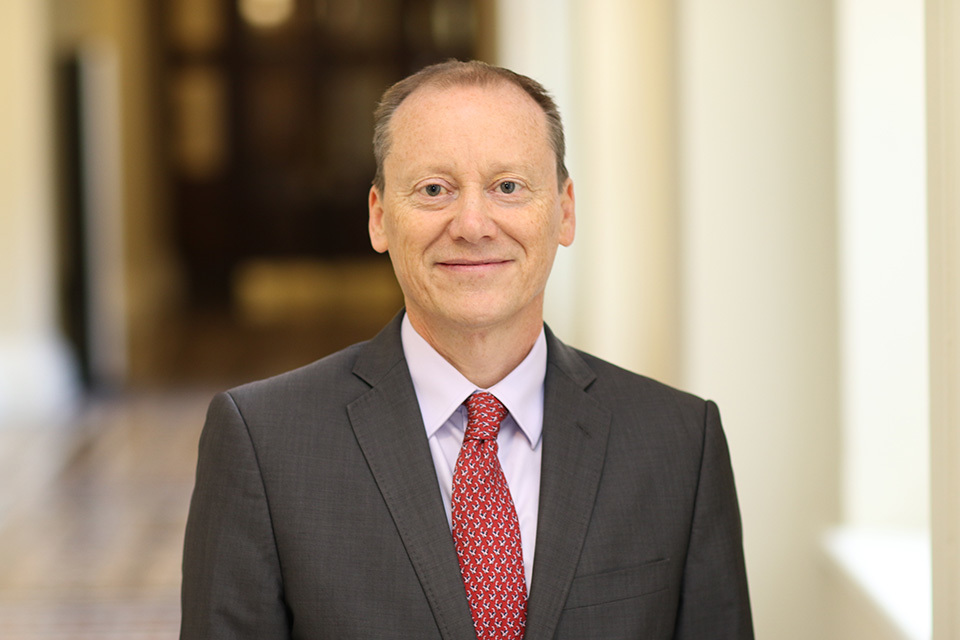 Following the failure of Cayman's Legislative Assembly to pass the Domestic Partnership Bill into law last week-- contrary to the Bill of Rights of the Constitution and the European Convention on Human Rights (ECHR)-- Cayman's Governor, Martyn Roper referred the matter to the Foreign and Commonwealth Office (FCO) and UK Ministers for their recommendation with respect to an intervention that would put the Cayman Islands in a position in which it is compliant with the rule of law.

The Domestic Partnership Bill 2020, which was defeated in the Legislative Assembly on July 29 would have granted same-sex domestic partners with formal legal protection similar to a married couple, addressing the Court of Appeal's decision that overturned Chief Justice Anthony Smellie's November 2019 Grand Court ruling that allowed for same sex marriage.

The governor released a statement today, August 5, advising of the decisions that were made by the UK with regards to enforcing the legal recognition of same sex domestic partnership in the Cayman Islands.

The governor re-emphasized in his statement that the Court of Appeal was clear that the Cayman Islands is in breach of the law by its continuing failure to put in place a framework for same sex couples that is functionally equivalent to marriage.

The governor described the unfortunate but unavoidable legal intervention on the part of the UK as, "a position I would ever have wanted to be in."

"Since arriving in October 2018, I have fully respected Cayman’s extensive responsibility for dealing with domestic matters," he continued. "But I cannot simply stand aside when it comes to upholding the rule of law and complying with international obligations, which fall squarely within my responsibilities as Governor. In seeking to find a way forward, I believe I have been consistent and true to my pledge when I arrived to serve all the people of these wonderful islands to the best of my ability."

"It was clear to me that the Bill would satisfy the legal requirement and at the same time maintain the current definition of marriage," said the governor. " I fully recognise how sensitive and controversial this issue is. But it was my expectation, and that of the FCO, that all lawmakers would recognise their legal responsibility and pass the Bill after debate in the Legislative Assembly."

The governor advised that the question of same sex marriage in the Cayman Islands is "currently before the Privy Council and it will reach a decision on the appeal early next year," advising that it is "imperative that the Domestic Partnership Bill is passed into law so that the discrimination suffered by Chantelle Day and Vicky Bodden-Bush, and others in same sex relationships, is brought to an end as required by the Court of Appeal."

The governor's statement concluded with a declaration that "Despite calls in many quarters for the UK to legislate for same sex marriage, the FCO decided that passing a version of the current Bill would be the right approach as this would fully comply with the Court of Appeal judgment."

As such, and acting on instructions from the Foreign Secretary, the governor indicated that he will publish the Domestic Partnership Bill on August 10 and allow 21 days consultation for the public and members of the Legislative Assembly, which would be then considered.  At the end of this period, and acting under instructions from the Foreign Secretary, the governor advised that he will use his Reserved Powers under Section 81 of the Constitution to assent to the Bill.

The governor expects the bill to be gazetted and come into law at the beginning of September.

Said the governor, "A number of consequential pieces of legislation will be amended at the same time to bring them into line with the new law."  These will also be published for consultation on August 10.

"I hope we can soon put this divisive debate behind us and come together as a people as we continue to navigate our way through a challenging global pandemic," he concluded.