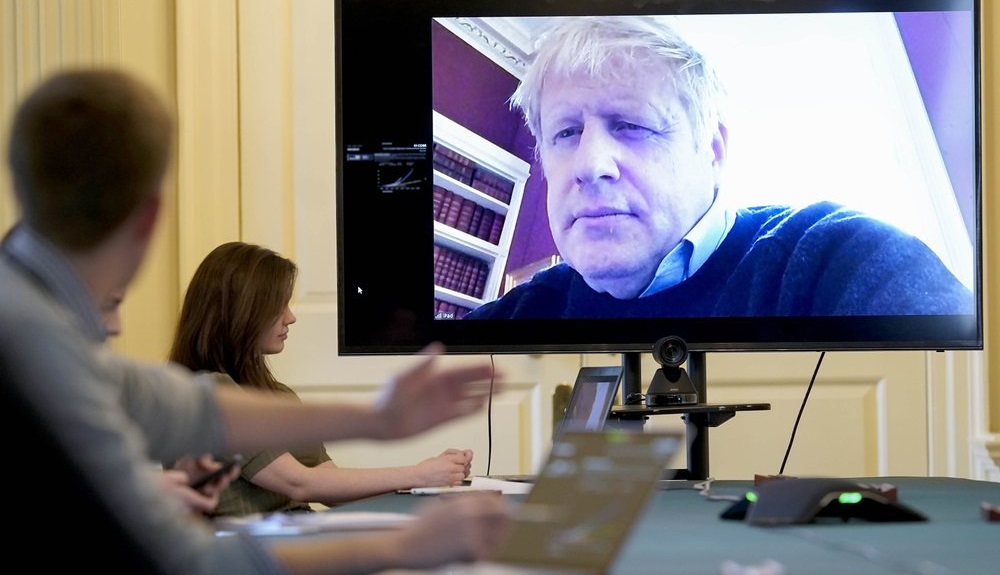 Britain's Prime Minister Boris Johnson remains in charge of the government despite being hospitalized in what his office described as a "precautionary step" after contracting the new coronavirus.

Housing and Communities Secretary Robert Jenrick told the BBC that Johnson is awaiting the results of tests after spending the night in an undisclosed hospital.

"I'm sure this is very frustrating for him, for somebody like Boris who wants to be hands running the government from the front, but nonetheless he's still very much in charge of the government."

Jenrick did not rule out a more prolonged stay, and noted that Johnson had been working "phenomenally hard'' in this "uniquely intense period.''

"It's worth underlining that going to hospital was a precautionary step. He's undergoing some routine tests on the advice of his doctors,'' Jenrick said. "This isn't an emergency admission, and so I certainly expect that he will be back at Number 10 shortly."

The 55-year-old leader had been quarantined in his Downing Street residence since being diagnosed with COVID-19 on March 26 — the first known head of government to fall ill with the virus.

He has continued to preside at daily meetings on the outbreak and has released several video messages during his 10 days in isolation.

His admission to the hospital came as Queen Elizabeth II's broadcast message of hope was airing to the nation, urging the public to express resolve and follow advice to stay inside. The admission will mean that doctors will have direct access to him.

Concerns had been growing about Johnson's welfare ever since he posted a message Friday saying that he was feeling better, though was still feverish.

The virus causes mild to moderate symptoms in most people, but for some, especially older adults and the infirm, it can cause pneumonia and lead to death.