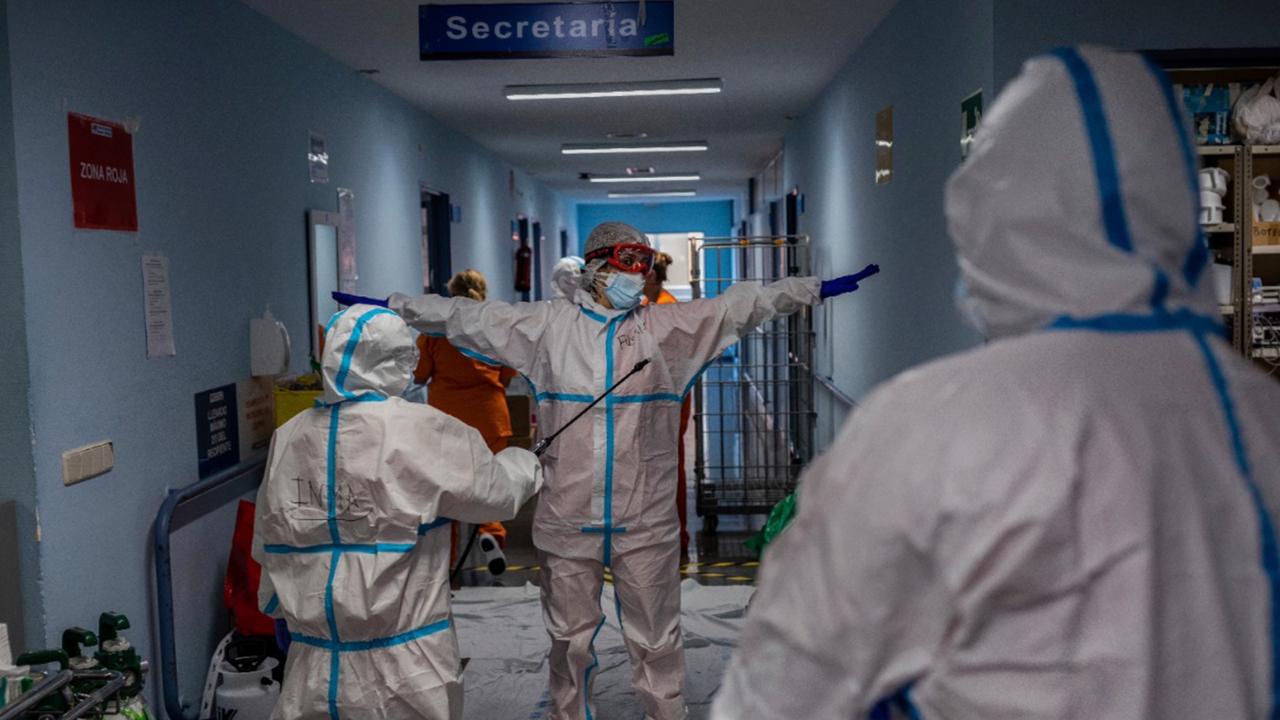 A medical team member is disinfected before leaving the COVID-19 ward at the Severo Ochoa hospital in Leganes, outskirts of Madrid, Spain, Friday, October 9, 2020. At the peak of the first wave, ICU wards were given over to haste, desperation and even cluelessness about what to do. Now, a well-oiled machinery saves some lives and loses others to coronavirus, but without the doomsday atmosphere of March and April. (AP Photo/Bernat Armangue)

The World Health Organization has announced a new daily record high in coronavirus cases confirmed worldwide, with more than 350,000 infections reported to the UN health agency on Friday.

In a press briefing on Friday, WHO emergencies chief Dr Michael Ryan acknowledged that even as COVID-19 continues to surge across the world, “there are no new answers.”

He said that although the agency wants countries to avoid the punishing lockdowns that have devastated economies, governments must ensure the most vulnerable people are protected and numerous measures must be taken.

“The majority of people in the world are still susceptible to this disease,” Ryan warned. He said countries should focus not just on restrictive measures, but also on bolstering their surveillance systems, testing, contact tracing and ensuring populations are engaged.

As the virus continues to surge across Europe and elsewhere, Ryan acknowledged that restrictive measures might be warranted at some point. British scientists reported this week that the COVID-19 outbreak is doubling every few weeks, French hospitals are running out of ICU beds, Germany may enlist the army to help contain its outbreak and Spain declared a state of emergency in Madrid as coronavirus cases soar.

Ryan said lockdowns “may be unavoidable where the disease has got out of control again, but we shouldn’t accept that in every country, the return of cases should be seen with an immediate return of the need for lockdown restrictions.”

Globally, more than 36 million cases of COVID-19 have been reported, including more than 1 million deaths.

Experts say the tally far underestimates the real number of cases and Ryan said on Monday that the WHO’s “best estimates” were that one in 10 people worldwide — or roughly 760 million people — may have been infected.

PAHO: People over 60 hardest hit by COVID-19 in the Americas