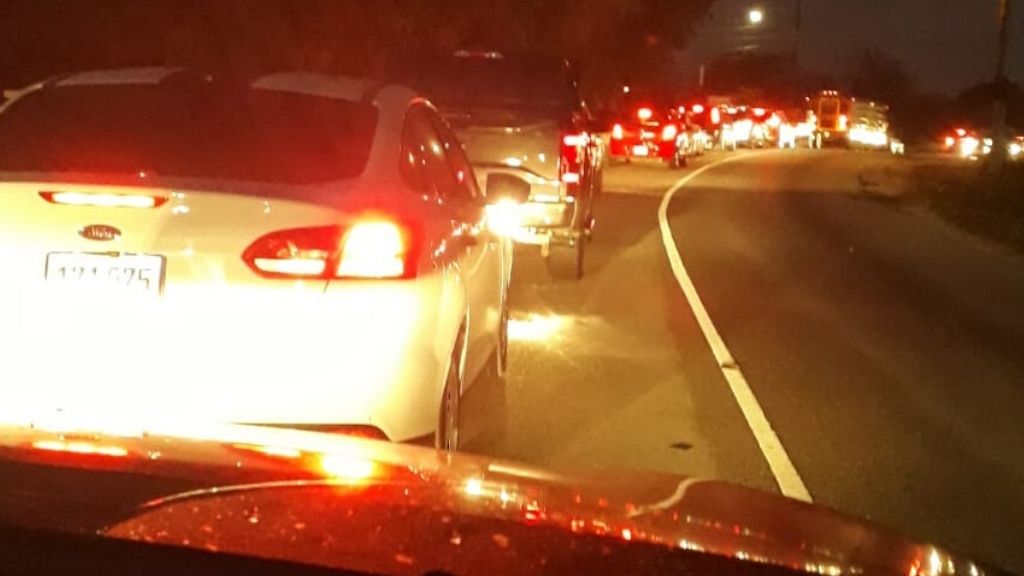 The traffic coming from Savannah towards Prospect at 6.30AM

If you live in Cayman and you dare venture outside your home, especially during the peak hours of 7 am to 8 am, and 4 pm to 6 pm, and particularly between the Northern and Eastern districts and Georgetown, you have likely fallen victim to the agonizing scourge of traffic on our roads.

“It is very frustrating to endure traffic in the mornings, earlier and earlier. The issue is all the schools begin at the same time - public and private. The schools would benefit so much from more buses,” said a St Ignatius mother who complained of sitting for up to two hours in her commute from East End to her child’s school. The attached photo is of her morning drive, which begins before dawn.

Most readers can relate to this seething frustration experienced at standstills, with no end in sight. But from an economic standpoint, what is the true cost to drivers?

Each year, INRIX issues a Global Traffic Scorecard based on millions of pieces of data from connected vehicles, departments of transportation, cellular positioning reports and a number of other sources. Although it is highly useful, the true cost to daily commuters is far higher when considering the unquantifiable, indirect impacts of traffic congestion.

Here are but a few.

Lost hours to the business sector

Daily hours are lost to employee delays as well as for people seeking to do business. Deliveries also experience delays that are often passed on to consumers. For tourists, wasted time spent in a taxi could mean a decision not to return and for prospective migrants, it could mean a decision not to move to Cayman. It is absolutely impossible to precisely quantify what these indirect losses could amount to.

Cranky kids and cranky parents result in cranky families. Less family time puts a strain on the family unit. Extra hours at night doing homework can lead to poor grades and additional costs due to other indirect impacts such as extra lessons.

One family reports of their 11-year-old who goes to bed in tears every night because she fears that, given the uncertainty of the congestion at any given time, she will be late for school the next morning. The entire family shares in her anxiety.

According to the workforce survey for Spring 2019, there are somewhere in the vicinity of 46,215 people employed in Cayman. If we were to safely say that every employee loses a minimum of one hour of productive time every other week to traffic, regardless of location, that would equate to a total of 1,201,590 productive hours lost per year. Based on Cayman’s GDP per capita, this would equate to millions upon millions of dollars per year.

Wasted fuel and impact on vehicles

Fuel consumption is very sensitive to the type of driving. Consistently driving in stop-and-go traffic impacts fuel consumption, a vehicle's components, fluid levels, and filters much more quickly than driving at steady speeds. Naturally, brakes have to work harder in heavy traffic as well. The impact on vehicles is so significant that some companies have begun to offer congestion impact assessments for cars.

As with wasted fuel, the nature of CO2 emissions is very sensitive to the type of driving that takes place. The stop and go cycle causes increased emissions of pollutants like carbon monoxide, carbon dioxide, volatile organic compounds or hydrocarbons, nitrogen oxides, particulate matter, and other pollutants associated with vehicles. Further, according to a 2016 report from the University of Surrey, pollution levels inside cars are up to 40% higher while in traffic jams or at a red traffic light compared to free-flowing traffic conditions. The World Health Organization has placed outdoor air pollution among the top ten health risks faced by humans, which takes us back to our section on public health impacts.

What does this add up to from an economic perspective?

The conclusion? We have no clue! Some theorists have speculated that the losses are similar to towns in the United States, so we selected a few towns that were of the same approximate size as Cayman to see what the losses were.

In Shreveport Louisiana, for example, which is about the same size as Cayman, it is estimated that drivers lose approximately 27 hours per year on traffic, at a cost of $713 per driver. This is substantially more than our conservative estimate for Cayman. (National Transportation Research Group)

Other towns, like Reno, have an estimated cost of $727 per driver. These two towns are roughly the size of Cayman, but of course our costs are different and likely higher.

Needless to say, population and GDP growth are predicted to drive increases in traffic congestion, as well as fuel costs and vehicles on the road. It is paramount that some major changes are put in place so that we can somehow mitigate the growing costs - both on a human level and to the economy.