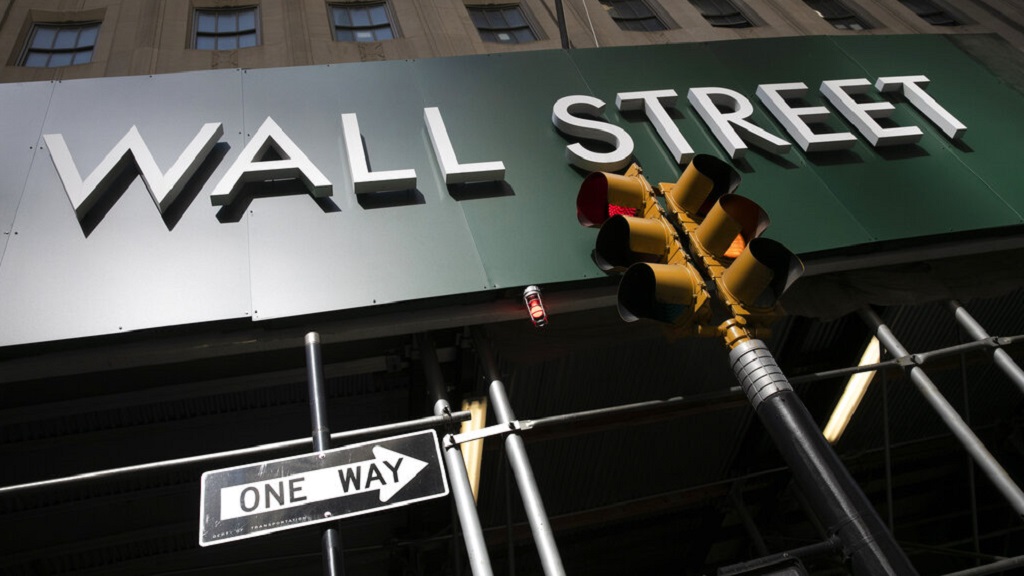 Stocks are opening broadly lower on Wall Street, in line with weakness in overseas markets, as the global tally of coronavirus infections approaches 9 million.

The S&P 500 fell 0.4 per cent in early trading Monday. The index is coming off its fourth weekly gain in the last five.

Many investors remain sceptical that the market’s recent surge is justified by the weak state of the economy even as many countries and US states start to reopen.

The Shanghai Composite index edged 0.1 per cent lower to 2,965.27, while India's Sensex jumped 0.9 per cent. Sydney’s S&P/ASX 200 was almost unchanged at 5,944.50, supported by a report that consumer spending has rebounded more quickly from the pandemic shock than expected, analysts said.

Investors appear cautious with prices already relatively high and “out of whack" with earnings expectations, Mizuho Bank said in a commentary. “And so, investors may be increasingly nervous about being caught on the wrong side of ‘irrational exuberance,' “ it said.

On top of that, the “sheer speed and amplitude of the equity market rebound ... from the depths of the March sell-off may also counsel some patience rather than haste; prudently pausing to take profits for the quarter," it said.

The World Health Organization on Sunday reported the largest single-day increase in coronavirus cases by its count, at more than 183,000 new cases in the previous 24 hours. The UN health agency said on Sunday that Brazil led the way with 54,771 cases and the US next at 36,617. India confirmed 15,400 new cases.

The United States also reported more than 30,000 new coronavirus cases on Friday and Saturday, with the daily totals their highest since May 1. A large share of the cases are in the South, West and Midwest, where hospitals in some areas are becoming overwhelmed.

Case numbers in South Korea and China have appeared to be moderating after recent outbreaks centered in their capitals.

Great uncertainty remains over whether countries that have been relaxing pandemic-fighting restrictions on travel and business might end up re-imposing broader controls that would slow a recovery from the worst global downturn since the Great Depression in the 1930s.

“The extent to which the COVID-19 pandemic slows economic recovery could increasingly come into focus. These shifting dynamics are always challenging to equate," Stephen Innes of AxiCorp said in a commentary.

Even if widespread stay-at-home orders don’t happen, the fear is that scared shoppers may still shy away from stores and businesses may pull back on their own spending.

The yield on the 10-year Treasury note was steady Monday at 0.70 per cent after climbing as high as 0.74 per cent on Friday. It tends to move with investors’ expectations for the economy and inflation.

A barrel of US crude oil for delivery in July fell 25 cents to $39.50 per barrel in electronic trading on the New York Mercantile Exchange. It rose 2.3 per cent to settle at $39.75 on Friday. Brent crude, the international standard, shed 18 cents to $42.01 per barrel.