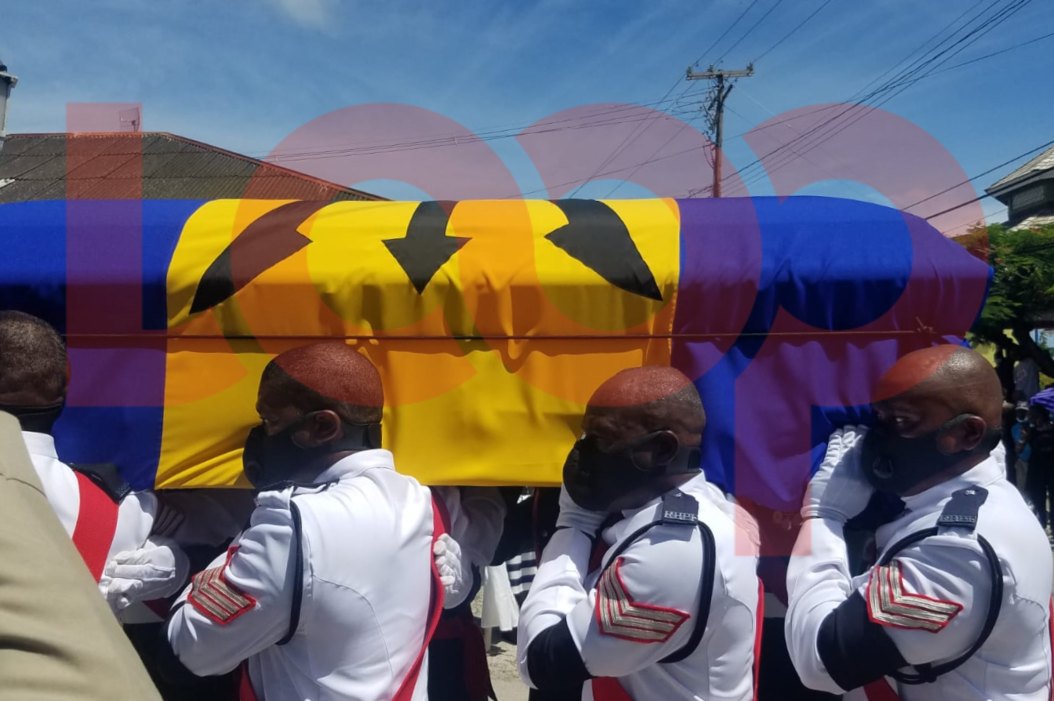 The flag-draped casket of former Prime Minister being carried inside the St Peter Parish Church.

Those who congregated took up every vantage point to pay their final respects and to catch a glimpse of Arthur's casket which was draped in the national flag of Barbados.

The arrival of Prime Minister Mia Amor Mottley was met with a cheer of approval from people who lined the streets.

As she proceeded with members of her Cabinet into the St Peter Parish Church, the casket followed soon after and the state funeral got underway.

The funeral procession for the late Right Honourable Owen Arthur is underway.

The Loop News team was present as the procession made its way through Broad Street just before 1 pm.

The procession left the Lyndhurst Funeral Home at noon where it made a one-minute stop at the South Gate of Parliament Buildings.

There will also be a one-minute stop at his childhood home in Benn Hill in St Peter.

Prime Minister Mia Mottley along with members of Cabinet are slated to join the procession outside of the Alexandra School.

Students from All Saints Primary School, Coleridge and Parry School, Harrison College, the Samuel Jackman Prescod Institute of Technology, the Barbados Community College and the University of the West Indies will line the route between Alexandra School and Fisherman’s Pub.

The funeral service will take place at the St Peter Parish Church.