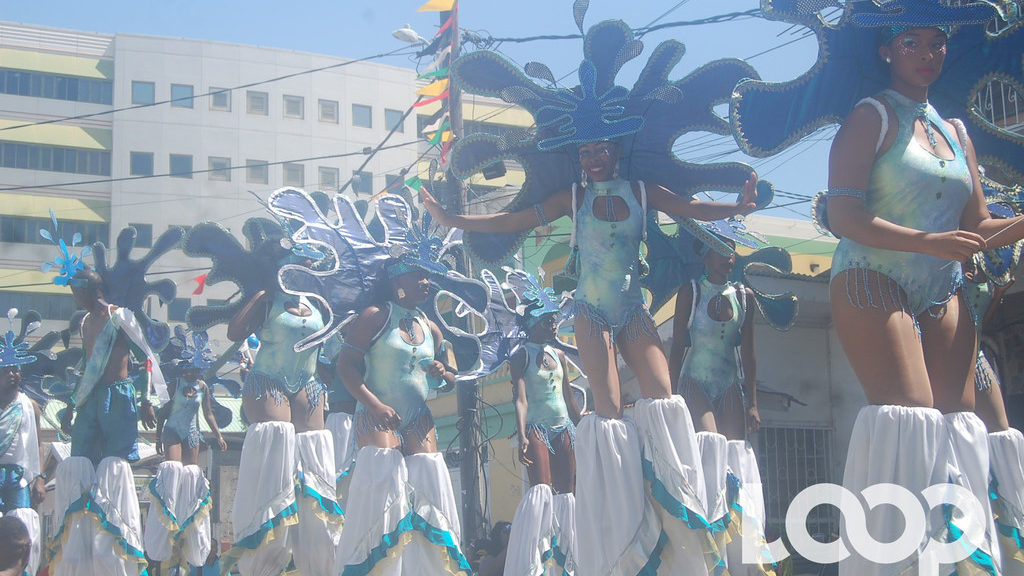 Bwa Bwa from the AfriKulture Stiltwalkers Group on the road on Carnival Tuesday in Dominica.

Leaving Trinidad and Tobago on Carnival Friday to head to another Carnival in the region seemed absurd to many but that is exactly what I found myself doing this year.

Invited by the Dominica Tourism Authority to capture Carnival on their island, I was Liat-bound to the Nature Isle, just as T&T was revving up for the Greatest Show on Earth.

It was a surprise to many to learn that Dominica also had a pre-Lenten festival, one of the few Caribbean islands who have maintained that tradition.

Unafraid of the competition that T&T Carnival poses for tourism and global attention, Dominica marches on resolutely with their festival, Mas Domnik, which they have dubbed “The Real Mas’.

Google Carnival in Dominica and you will see stories about Sensays, Bwa Bwa (Moko Jumbies), Black Devils and Lapo Kabwit, goatskin drum bands that feature prominently on J’ouvert morning. Those characters, steeped in the culture of the African slaves that worked the land, have for years been the backbone of Dominica’s festival.

The traditional characters hold pride of place on Carnival Monday and Tuesday with time slots allocated for their parade. J’ouvert opens at 4 am with Lapo Kabwit bands, groups of men beating their drums followed by the music trucks and later in the morning, bands of traditional characters.

This year, Carnival Monday opened with one Lapo Kabwit band, a small collection of men beating synthesised drums and a Haitian band with percussions and horns. There was one other band, a small group of people dressed in pyjamas and nighties, pulling a small float to the strains of calypso.

A little way ahead of them, a man dressed like a sailor pulled a small boat by a string. “You want Balau?” he asked, as a woman raised foil paper off a metal pot to reveal a heap of fried fish. 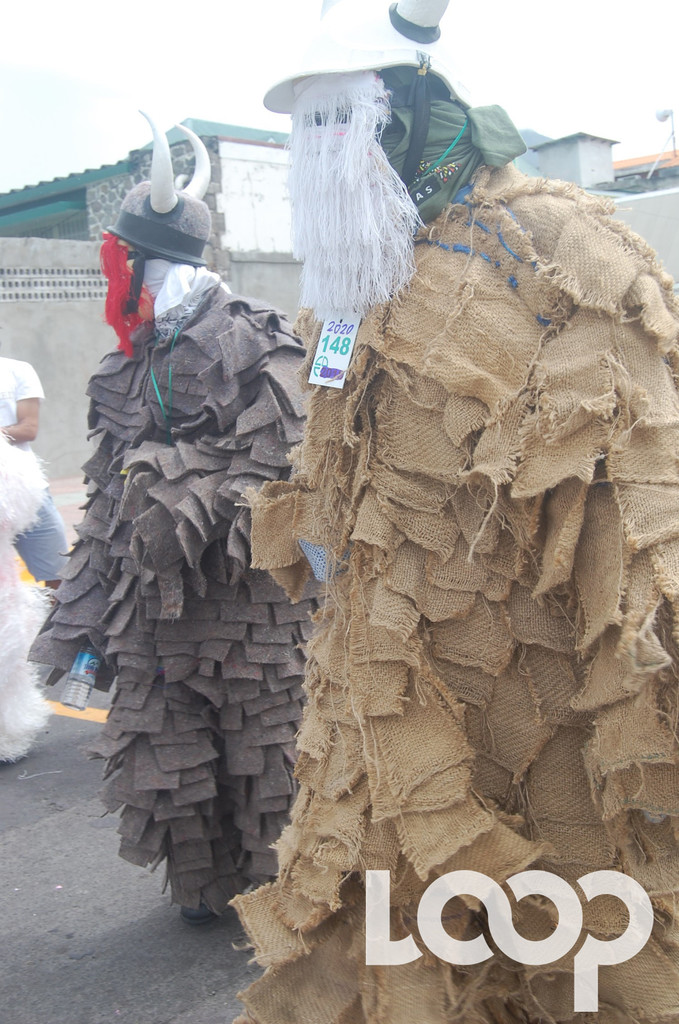 Sensays on the streets on Carnival Monday

By the time the sun came up around 6 am, crowds had begun to gather on the Bayfront to await the music trucks with some of the island’s biggest Bouyon bands performing live. Signal Band led the charge playing their big hit ‘On De House’ as a small crowd followed them behind.

The crowd grew even bigger as Triple Kay advanced. Young men with boxes of coloured powder stood in anticipation and their patience was rewarded as the truck turned the corner with a mass of people jumping and wining to the band’s big songs ‘Too Fay’ and the Bouyon flavoured Michael Bolton track ‘You Are the One’.

The boxes were ripped open and packets of blue, green, pink and yellow powder were thrown into the hands of gleeful masqueraders who emptied the contents all over each other, leaving in their wake a rainbow coloured roadway.

The Kalinago people opened the parade followed by Bacchanal Women, the Dominican version of the Trini Dame Lorraines, women with exaggerated butts and breasts who paraded before the judges located on the Bayfront followed by a band of Sensays, and a band of women portraying Negre Mawon, runaway slaves among other characters.

While Dominica touts its “Real Mas’, the Carnival has a growing modern side with costumed bands showcasing the type of beads and feather costumes that have become common across the region.

Hysteria, the biggest band on the street with over 500 masqueraders, was a riot of colour and energy as the band paraded across the Bayfront. They were one of three bands that catered to a younger demographic who prefer the bikinis and wire bras.

The AfriKulture Stiltwalkers, a group dedicated to keeping the tradition of the Bwa Bwa alive through the youth, was also on parade, strutting through Roseau on their stilts and light blue bodysuits.

That demographic is also crucial in the development of new fetes which cropped up this year in the lead up to Carnival Monday and Tuesday, among them Viva La Carnival which had Farmer Nappy as a guest and Sunrise, which joined the roster of fetes that included Souse and Punch, a Dimanche Gras White Party at Fort Young Hotel and the pre-J'ouvert glow party Lumi-nation that featured Destra Garcia.

Watch: Dominica the Creole island of the Caribbean