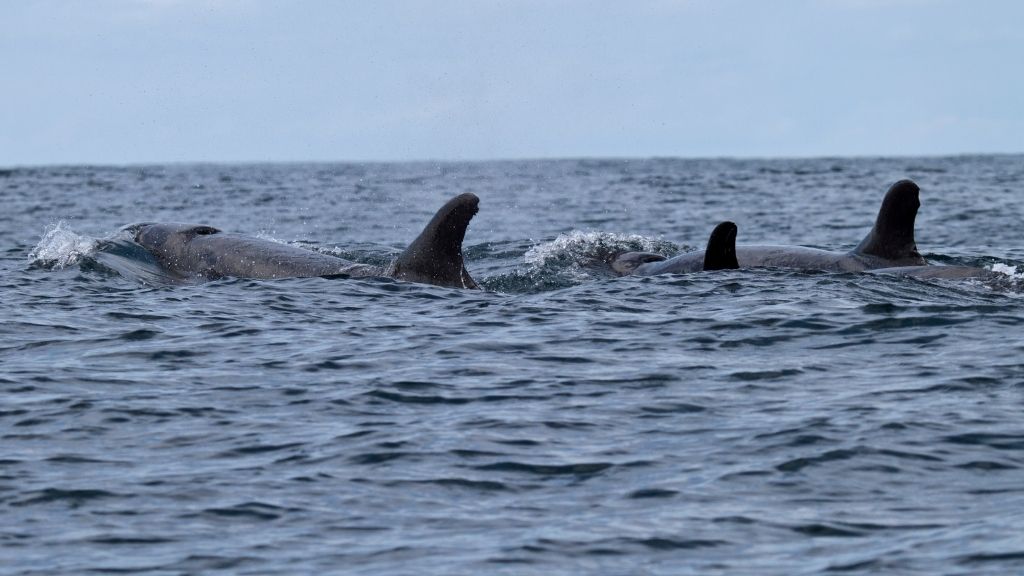 The Cayman Islands Department of the Environment (DOE) reports that a pod of at least 10 orcas or killer whales (Orcinus orca) were spotted 2 miles of the east end of Grand Cayman on Tuesday, September 22. The pod was recorded on drone footage provided to the DOE by Chris Briggs.

Orcas are the largest dolphin species, but are called whales because of their large size. They are the most widely distributed of all whale and dolphin species and can be found in every ocean basin.

The DOE says that it is rare to spot the species close to Cayman shores. According to a 2014 report on Caribbean killer whales, in journal 'Mammal Review', in which Janice Blumenthal from the DOE participated, there have been 176 records of killer whales in the Caribbean (to the point of publication in 2014).

The journal article indicates that killer whales are widespread in the Caribbean Sea and can be found year-round in the region with a typical group size of around 3 to 4. The article reports a diversity of prey, including sea turtles and marine mammals and possibly fish.

A pod of at least 10 orcas were spotted 2 miles of the east end of Grand Cayman. These amazingly beautiful visitors were recorded on drone footage provided by Chris Briggs. Orcas are infrequently seen near our shores and we are thrilled to be able to have these tourists visit us! pic.twitter.com/1WFnEQb2oF

Travel Cayman has received 750 applications in the past week

Here are the best brands, campaigns, and marketers according to CIMPA