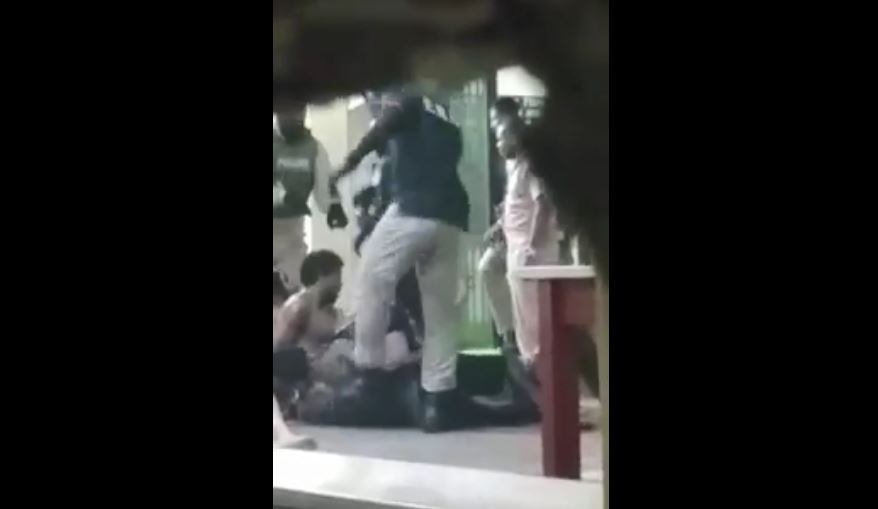 Two short videos showing prisoners being beaten at the hands of prison officers being shared across various social media platforms has caught the  attention of Trinidad and Tobago's Prisons Commissioner.

The videos are believed to have been taken by a prisoner, during Tuesday’s raid at the Port of Spain Prison.

The videos show prison officers kicking and even beating prisoners tied up and lying on the ground with a baton while issuing commands.

However, without time stamps or any visible identifying markers, the validity of the video is in question.

But despite this, Prisons Commissioner Gerard Wilson has given the assurance that he will be investigating the matter, to ensure that no one under his employment abused their powers.

He tells LoopTT that disciplinary action will be taken if prison officers are found to have been involved in the incident.

The search at the Prison was said to have been a routine one.

President of the Prison Officers’ Association Ceron Richards told LoopTT that as far as he was aware, the decision to conduct the searches was not made as a result of any breaches of security or any information about attempts to break out prisoners.

“Let me say that as far as I am aware. I too have heard the rumours, about break outs and security breaches, but I was at the (Port of Spain) Prison yesterday, and I had conversations with the administrative arm of the Prison Service, and I was assured that the searches were just routine,” Richards said.

He explained that the roadways which form the perimeter of the prison were blocked off as a safety precaution.

“I know some citizens may have seen the roads blocked off and armed men patrolling… and it may have caused a traffic inconvenience. But after the situation in July 2015, it was deemed to be safer now than to be sorry. So during the search, the roads which border the prison were cordoned off as a precaution, to ensure the safety of citizenry in case, by some unforeseen impossibility, there was a situation which necessitated the immediate response of our officers,” Richards said.